Coronado Resort Trip, The Year of Our Mouse, 2021

On The Road Again
We’re getting ready to hit the road soon… last time we were down was August, 2019 when we had a resort stay at All-Star Movies and one night at Mickey’s Not So Scary Halloween Party.

After that enjoyable few days, just as we were getting ready to pack up and head down to Miami to see my Mom and sister, a hurricane showed up and made us head back north instead.

So, this time we’re hitting Miami first. We’ll be there for about 5 days and will be there to celebrate my Mom’s 94th birthday. (Because of the hurricane, the last time we saw her was her 90th! Yikes!)

The plan after that was originally a stay we had booked for a stay at Pop Century ($179 per night.) Mostly hanging at the resort, Disney Springs, eating, exploring other resorts, eating, and a day at Blizzard Beach. (Kids have nut allergies and we all look to the freedom they have to try new foods at Disney.)

We wanted to keep the expense a little low key: son is heading to college this year, plus didn’t want to have to worry about how a full park trip would go in the times that we are in this summer.

Our future goal is a nice full trip next year when hopefully more things are settled and we have some time to sock away more trip funds.

Plans Change
We were moderately happy with our $179 Pop room deal. I am looking forward to trying out the sky ovens. But after years of tracking Priceline and Hotwire hidden deals, I FINALLY spotted a hidden deal on our trip dates.

Coronado Springs for $159 per night. After all was said and done, the CSR deal ended up being about $40 less than the Pop room we already had. No brainer, that.

Then my DW and DD14 came up with an idea.

On our last park trip, we visited Animal Kingdom for the first time - and only for that day.
Which was a very rainy day. With water. everywhere.

Falling at the end of our trip we were all a bit tired and the wetfulness pushed a few of us over the line. The morning march of the crowds at the then newly opened Pandora also stressed out some people. So, we ended up calling it a day early and headed back to our resort to swim and relax. Which was the right call for sure, we had learned our lesson on earlier trips when my wife gets tuckered out. But, I missed seeing Pandora at night.
END OF FLASHBACK

The Pitch
So, the girls asked told me they had an idea and wanted me to think about it:
What if we do 1-day at Animal Kingdom instead of Blizzard Beach?

Was this a test? Am I misunderstanding what they are asking?
Now, my wife and I both like to be smart about money and stuff, but if anyone is going to be an upgrader, it is usually me.

I ran off to the computer to buy some discounted gift cards.

So, an AK day it is!
(Although, with an AP voucher sitting on my profile, it appears I can purchase previously said Blizzard Beach tickets for a discounted $49 per person, so… there might be a surprise snow storm one day.)

So, here is a placeholder photo from our first AK trip in 2017 to start off a trip report thread. 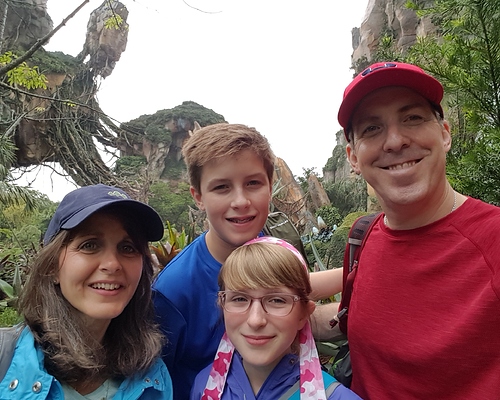 And, as we are driving, I’ve called in my old I-95 convoy partner to help with supplies for the ride down. 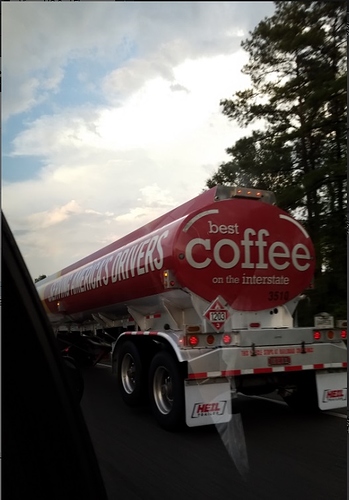 Can’t read this whole post right now but jumping on this report and SO EXCITED that you’re finally going!!

Coronado Springs for $159 per night

This is GREAT! The rooms are so much bigger than Pop. And glad your supplier showed up

Hurray!! Have a fantastic time!

Yay! CSR! This is so exciting!

Woot, woot! So glad you get to take advantage of one of those HW deals! And I love AK. Would totally pick that park for a one day visit.

Can’t wait to hear about it.

What if we do 1-day at Animal Kingdom instead of Blizzard Beach?

I love your girls already. They are wise women.

Have a great trip

LI to Miami is a long drive. Godspeed. So glad you can see your mom. Looking forward to your report.

YAY! I love JJT trip reports! You help so many of us plan such great trips so I’m super excited to see you getting to enjoy one too.

Right? This one right here is an all-time classic:

This is a question born of technological curiosity more than info I need to know, but I’ve been wondering. Background Last week we made it to MK one day nice and early for RD, and our family of 4 scored a place behind a family of 3 at the tapstiles. Everyone’s waiting, time slows down. Birds hang in mid-air and mid wing-flap. Mice linger on steam locomotives in the near distance. A secret signal is given and a faint glow can be seen all around. The tapstiles are open and… the first two people’…

It sure is a long drive. We’ve got a couple of stopover hotels booked in SC & GA and will probably hit one of them for the night.

On our last trip with Orlando as the first destination we did a straight run, no stopover. My wife only did a few hours of driving - no one was a fan of the overnight portion. Was kind of hard to find nice bathrooms at 2AM, too.

We have a 3rd driver on this trip now with DS18 raring to go, but not so sure my DW is looking forward to him driving us on the highway.

Just remembered a video my daughter took as we drove through on the non-stop.

As you can tell from the super non-energetic Yay! we were realllly tired.

I understand all of that.
Going from Western New York to Orlando was a 21 to 24 hour drive. We normally have the energy to do that on the way down, but we always have to break it up on the way back. The one time we drove back up from Miami I thought we were all going to die. We started in Miami at 8:10 AM, and seven hours later when we were still in Florida, my husband quipped that we should just pull over when we got into Georgia and start a new life.

Bathrooms at 2 AM are the worst.

I thought we were all going to die.

my husband quipped that we should just pull over when we got into Georgia and start a new life.

You drive long enough and after awhile your head just gets solid.
And I have a thing where I need to wear sunglasses even on overcast days - after several hours of I-95 my eyes start melting.

But…Despite all that I love a good road trip.
Guess it is the chance to just be together and mostly just worry about getting there and having fun and not all the usual stuff.

I approve of Coronado and Animal Kingdom!

after several hours of I-95 my eyes start melting.

Despite all that I love a good road trip.
Guess it is the chance to just be together and mostly just worry about getting there and having fun and not all the usual stuff.

Usually I am mainly a passenger minus the 9PM - 3AM stint I pull on day one of any road trip (we always started out from NY overnight so by breakfast we felt like we were really ON vacation). However, because DH had already gone to SC to start our new life, I had to drive from NY to VA and back a few weeks ago, and then on Sunday I drove from NY to SC for our official move. I’m okay with not manning the wheel for while… I missed the watching the world go by.