I’ve never done a trip report before, but I’ll give it a try. This is my 7th trip in six years so not my first rodeo. Our last trip was December 14-20, 2019 so it was almost a year ago. I didn’t think we’d be back until December 2024. Enter COVID, NTI, working from home…get me out of here!!! My husband and stepson wen to Grand Tetons and other regions west in September so I planned a trip to Disney for me and kids (DD 17 and DS 11). DH tolerates Disney but doesn’t love it like DD and I. DS goes along with whatever we do. Kids have been in-person school since just after Labor Day and we were NTI starting August 24 before that. We had been out of school since March 13 and basically home other than a few trips to my parents’ camper over the summer.

Normally we start the first of August, go 9 weeks and have fall break, but no break this year. I’ve really missed the break. We have year round/alternative calendar. I’m the school psychologist for the district and we’ve been on a fall break for every year since 2001 so I was longing for a break. We are out November 2 and 3 for the election and for teachers to meet with state legislators. My kids have virtual instruciton on the Wednesday so it worked perfectly. Neither DD nor I wanted to fly on election day so I figured with NTI, kids can do the work and have it compelted by Friday. I booked the trip around 60 days ago becasue I needed a break. We leave tomorrow morning. Direct flight from Louisville to MCO. I refuse to spend more than six hours in a car so I fly if it’s going to be more than six hours. To drive from our house would be close to 13 hours. Flights for the three of us were just over $400. Super cheap and well worth it. Depart at 11:45 arrive 1:50. Beaches and Cream (a first for us) at 4:25. Staying at Pop Century. Carryons only. Hope to be at Pop by 3:00. Hoping for some Halloween activities at the resort as well. The plan is Epcot Sunday, DHS Monday, MK Tuesday, pool on Wednesday until we leave for the airport at 2:00. The plan is to eat all holiday treats we can find and to go with the flow. We’ve been been on RotR before but definitley want to do again. Other than that, we’ll just see what we can ride and just be happy to not be at home. 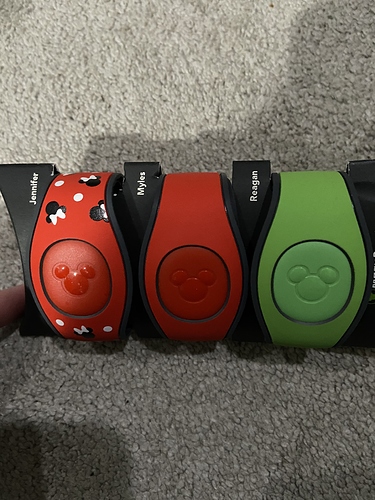 So I think I figured out how to post photos!

Sounds like a fantastic plan! Looking forward to hearing how it goes!!

Looking forward to following along. Enjoy your well earned break!

Now we have two simultaneous trip reports, with both you and @HutchFamily to follow along with.

So I think I figured out how to post photos! 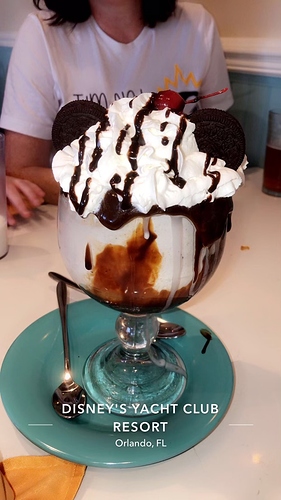 6DC19699-7262-4AF2-897B-284C81DB70C3.jpeg621×1104 171 KB
Flight landed 25 minutes early at MCO. That’s a first! No wait for ME. Boarded ME for Pop at 2:06 and arrived around 2:30. Room wasn’t ready so we got a snack and refillable mugs for drinks. I’ve never seen the Pop food court empty like this. Gift shop has Halloween and Christmas stuff and some small trees up. Goofy candy is BOGO. WOW!! DS took advantage of that. Checked luggage with bell service and hopped on Skyliner. Walked from International Gateway to Beach Club for 4:25 Beaches and Cream ADR. Checked in around 4:00 and seated 4:35. Dessert put us over the edge. Had luggage and Prime Now groceries delivered to the room when we got back. I sitting at the pool just enjoying being somewhere other than home. Headed to Epcot tomorrow.
24 Likes
Jeff_AZ October 31, 2020, 11:48pm #12

Which dessert is this? I’d like to try one when we are there but the kitchen sink is too much for me.

just enjoying being somewhere other than home.

That sounds amazing! Honestly I love a good cake-like brownie as much as a fudgy one.

Sounds like a great day! Have fun at EPCOT today!

I’ll add more detail when I get home but short and sweet for Sunday November 1 at EPCOT. Rode everything at Epcot except Test Track and Mission Space (by choice), lunch at Sunshine Seasons, last minute ADR at San Angel inside the Mexico pavilion and back at Pop Century all by 5:15!