Choose the secret we know before life makes us grow, there’s nowhere to go but up! A turning 18/going to university celebration trip July 2022

Welcome to my trip report!

Sorry it’s not live - I would never be able to keep up. Although now I’m getting on a bit I’m struggling to remember the beginning of the trip. We’ll see how it goes!

So who are we? Me, Clare, 47 and DS17, Joe. We are from Manchester, England which is a great place to live. DH has MS and hasn’t been able to travel to Florida since our 2016 trip. He was able to look after himself during our last trip but this time I had to arrange for a carer. This was my 6th trip and Joe’s 4th, but our first with just the two of us. 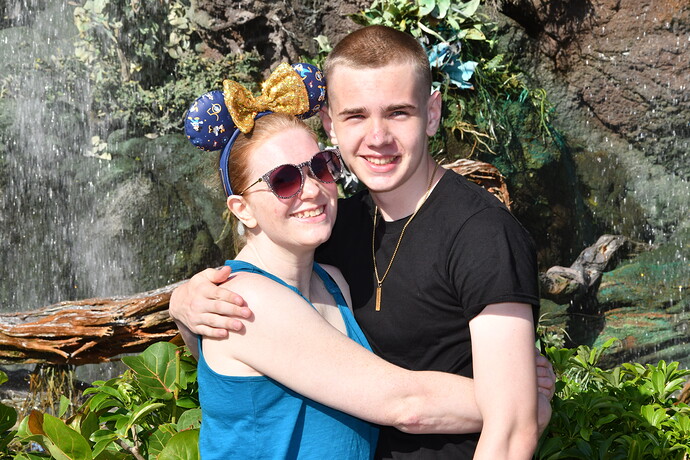 We booked the whole thing direct through Disney because I was concerned the trip would be cancelled - we weren’t actually allowed into the US at the time. Only a month before our trip the requirement to have a negative covid test within 24 hours of the flight was removed.

The only flight available through Disney on our preferred travel date of 14th July was with Aer Lingus who we hadn’t used before. We had a 14 night stay at POFQ and 14 day UK tickets which include hoppers and memory maker. We had added Genie + for the whole trip a few months beforehand. We also booked a 2 night stay at HRH through hotels.com which includes express passes for 3 days, and got 3 park universal tickets from a UK site.

I was so excited to be at WDW for the 50th anniversary and had bought myself 50th ears and a shirt from Etsy. Then I got really into it and bought quite a few themed shirts. Joe isn’t really into Disney but he got a couple too. I was fully packed and ready to go about 5 days before our trip!

I’m so excited to hear how your trip went!

I can hardly remember!

Well, we know it ends better than mine

What a great picture!!

Your ears are perfect!

Yay!!! I’m excited to hear all about your trip. It’ll come back to you as you go through the pictures.

Love that picture of you with Joe

Our trip, which we leave for next week, is also a turning 18/off to university trip! It’s to make up for the 16th birthday one that didn’t happen in 2020. We are also spending 3 nights at HRH in addition to our 8 nights at Disney. Can’t wait to hear all of the details of your trip!

We were up at 5.30am which wasn’t bad at all for a travel day. I had been planning to get a taxi about 7 which would have us at the airport around 7.15 for our 11am flight, but 2 weeks before @Shmebulock had a terrible time getting through security so I decided to order it for 6.30. It arrived in time and we were there in no time.

Check in wasn’t opening till 8 though! We had checked in online but it said Joe needed to get a paper boarding pass. We were by no means the first there but there weren’t too many people ahead of us, I think about 10 families. When it opened they had stations just to drop bags or you could go to the check in desks. We were the second group to check in, and then we could head through security which we were shocked get through in only 8 minutes. I’m still glad we got there early as I’m sure it got worse later.

We had a look round the new terminal before deciding to go to the pub for breakfast, we both had bacon butties which were delicious. As is traditional, I also had my early morning airport alcohol - rhubarb and ginger G&T. Joe had vimto

It might have been a turning 18 celebration trip but he’s not 18 yet! 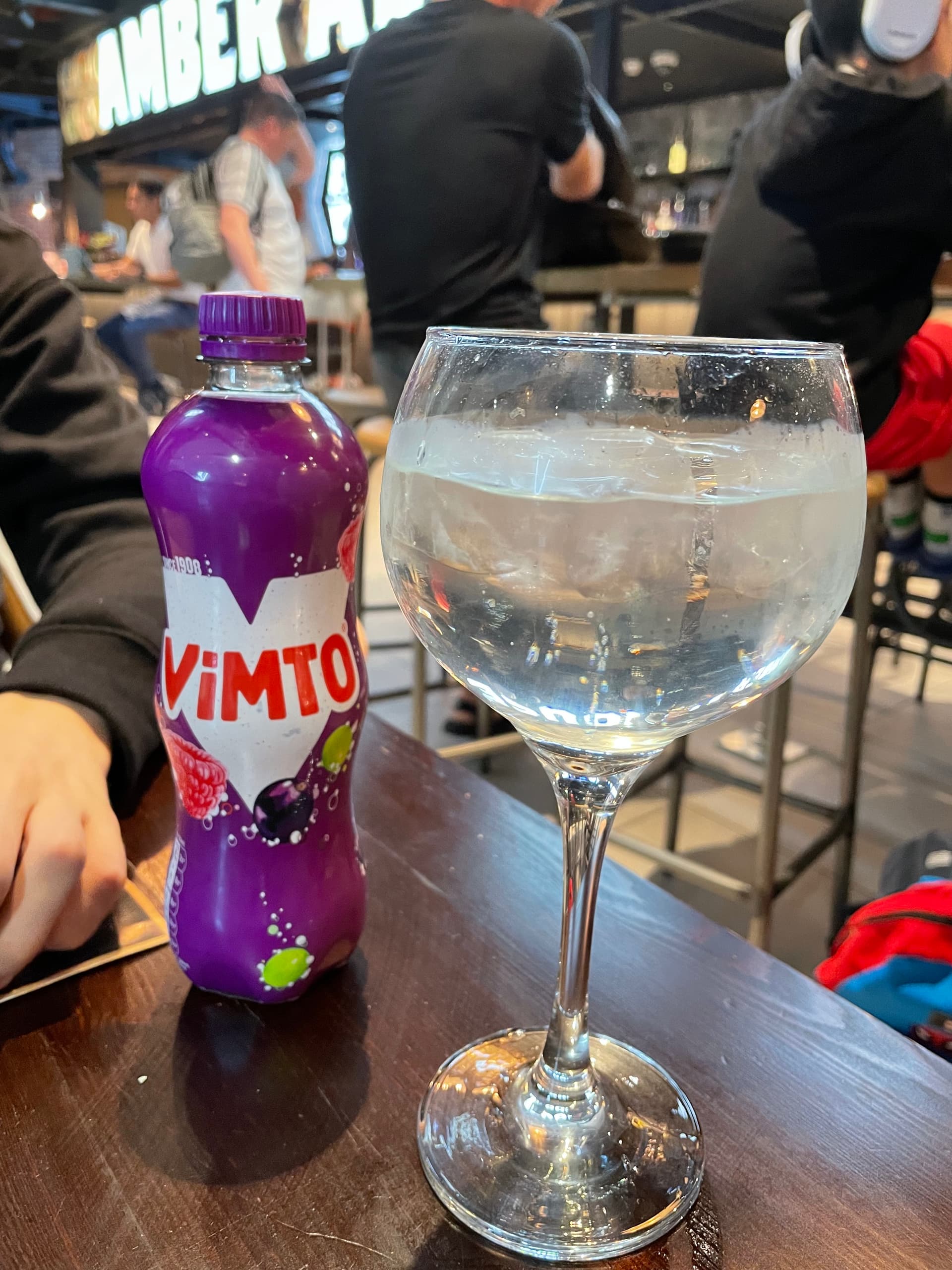 We had absolutely ages to kill before the flight. We looked around the shops and then I started a book. It was around this time Joe started complaining about stomachache. I had butterflies in my stomach myself. I couldn’t believe it was really happening. And I was nervous about flying Aer Lingus instead of Virgin. My parents flew with them to Washington via Dublin a few weeks before and didn’t get good service at all. But I couldn’t wait to actually be there! We were planning to go to Magic Kingdom that night - we never go to a park on arrival day but I wanted to see the castle. It had been too long!

Finally we were called to the gate. A weird thing happened there, a guy asked to see our boarding passes and wrote down our baggage tag numbers. He also asked two other families. Then it was time to board! We did sit on the plane waiting for about 20 mins ‘while all the checked bags are loaded on’ but it wasn’t a bad delay.

The flight was actually very good except in one respect - Joe didn’t feel well at all. He was telling me he felt hungry but couldn’t eat. He kept disappearing off to the toilet. The last time he went he had just forced down a cake, then clapped his hand over his mouth and ran for it. He seemed to kind of stumble against the door as he went in. He was gone for a really long time. When he eventually came out, he had thrown up all down his hoodie, shorts, trainers and the toilet door. I had seen a flight attendant wiping it down but hadn’t put two and two together. Thankfully once he had puked he felt a lot better. And we still had 6 hours to go at that point. 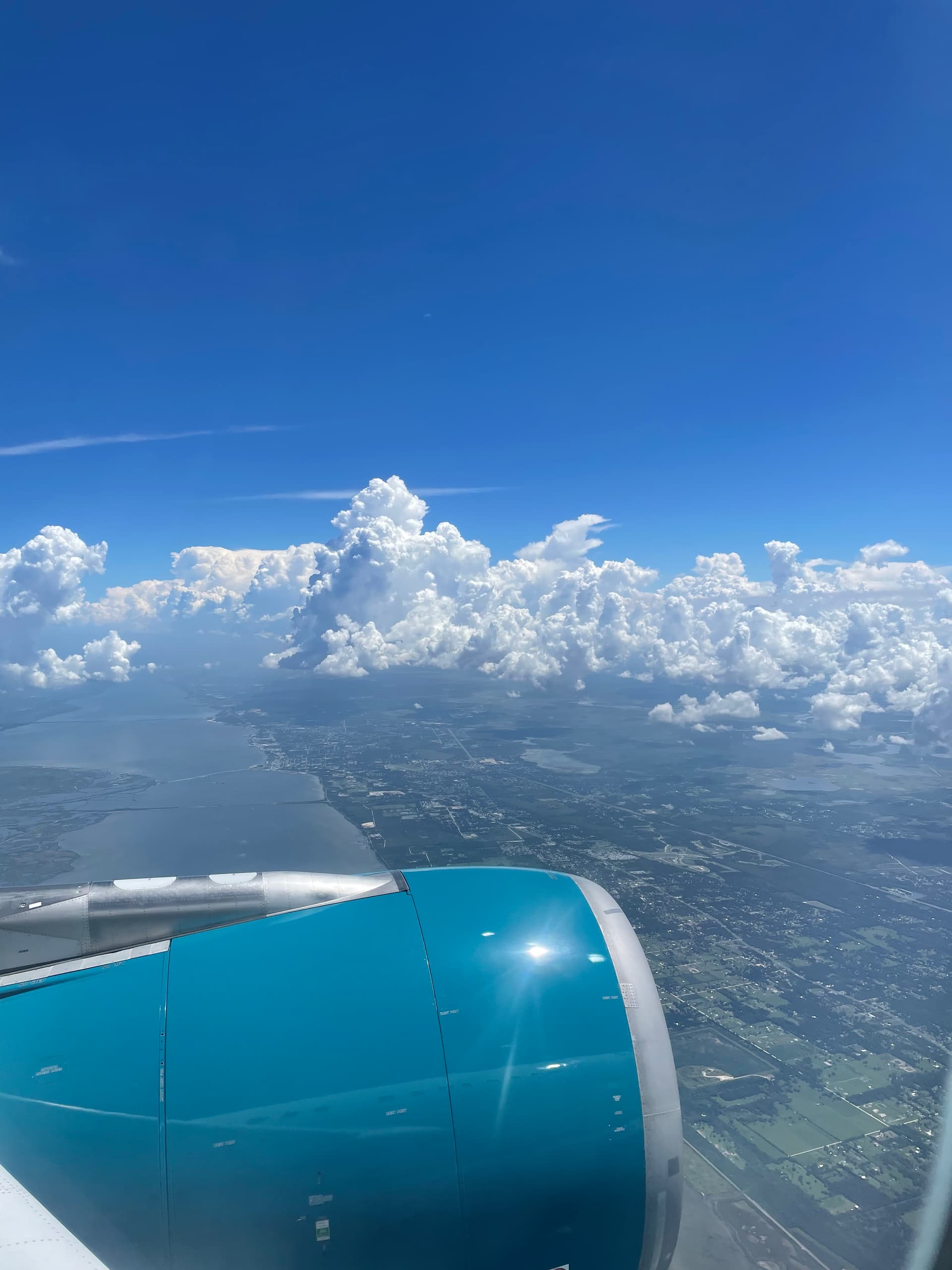 Overall I thought the flight was very comparable to Virgin. The food was decent - I had chicken in peppercorn sauce with potato cubes and carrots, the other option was pasta bolognaise. Both came with a slice of soda bread. Dessert was strawberry shortcake which was actually a slightly disappointing strawberry mousse with crumbled shortbread on top. They brought tubs of Icecream as a snack, and then chicken Caesar salad wraps and flapjacks for lunch which were both good. I watched Scream and Turning Red, read two books and did some logic puzzles - I always take a book of logic puzzles on holiday. Joe watched Last Night in Soho and The Northman. We landed about 15 mins early at 3.30pm WDW time.

I had booked seats close to the front of the plane hoping that we wouldn’t have a long wait at immigration and it went great! We were through in about 10 minutes and the bags were just starting to come out. We waited, and waited. I was eager to get moving! My dear friend @the.darlings had booked Space Mountain for us and it was a beautiful day. We waited. And then the guy at the end of the carousel walked off. All the bags were out and ours weren’t among them. I asked someone what I should do and he said I needed to go to the Aer Lingus ticketing desk.

I didn’t handle this set back well, I cried all the way to the terminal on the monorail and all the way round terminal A where I couldn’t find the ticketing desk or any kind of customer service desk. I tried calling the number on the website and couldn’t get through. I asked a cleaner if she knew where the ticketing desk was, and she directed me to the check in line. So we waited in the check in line and when we got to the front the agent directed us to a line at a different desk where there were 2 people ahead of us reporting missing bags. The girl there was very sweet and apologised for it going missing, she filled in a form with our details and told me there is no compensation. And that was it.

By now it was storming like mad and the plan was to get our Mears bus to DS to buy some clean clothes and go to MK where we now had BTMRR booked too. We went across to terminal B and found Mears Connect with no issue. There were only a couple of people ahead of us. When we got to the front of the line our bus was waiting for us - it was the only one there and the staff member at the front confirmed it was ours, as did the driver. Welcome to Disney! 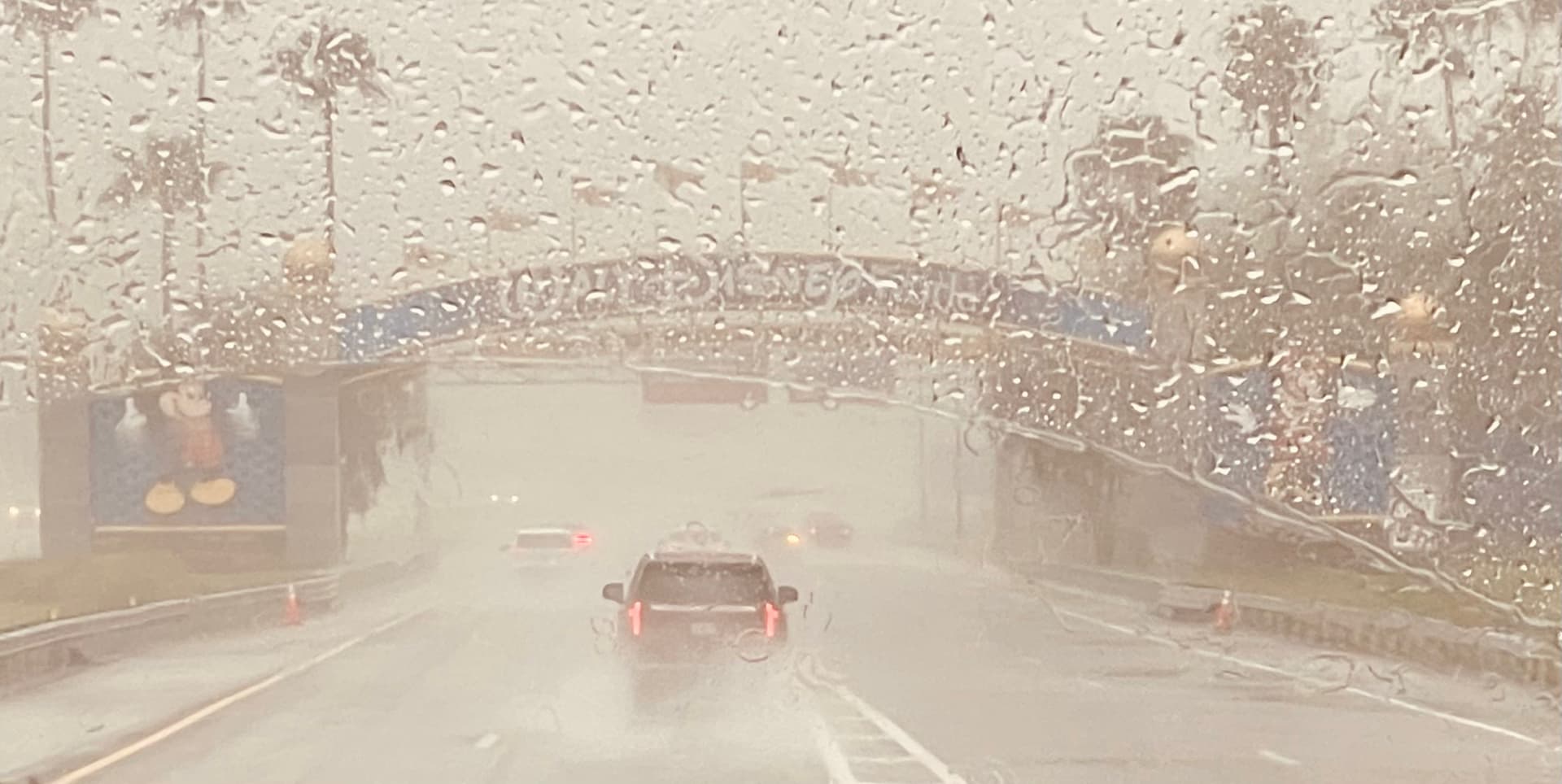 The driver turned in to French Quarter…and drove straight through it to Riverside. I was so shocked I didn’t say anything until we actually arrived at Riverside, then I went and asked him why he hadn’t stopped. He said French Quarter wasn’t on his schedule - despite having checked with us where we were going, saying it was the right bus, and going into the resort!! Anyway, he did drive us back there - I’d have happily walked if it was dry but not in that storm.

I went to the front desk at the resort to collect my magic band and try to change our room as it was on the second floor. Unfortunately they said we’d have to wait for a room to be cleaned if we wanted a different floor in any building. It was already 6pm and I didn’t want to wait. Our room was in building 4 too which is so convenient for the buses. So we kept it. We also collected our gift basket which was part of the UK offer and our Garden Grocer delivery. The gift basket was mainly crap. It had a few bags of crisps in it as our ‘special snacks’. It also had 2 ear hats, 2 extremely cheap plastic water bottles, and 2 50th anniversary gold medallions. 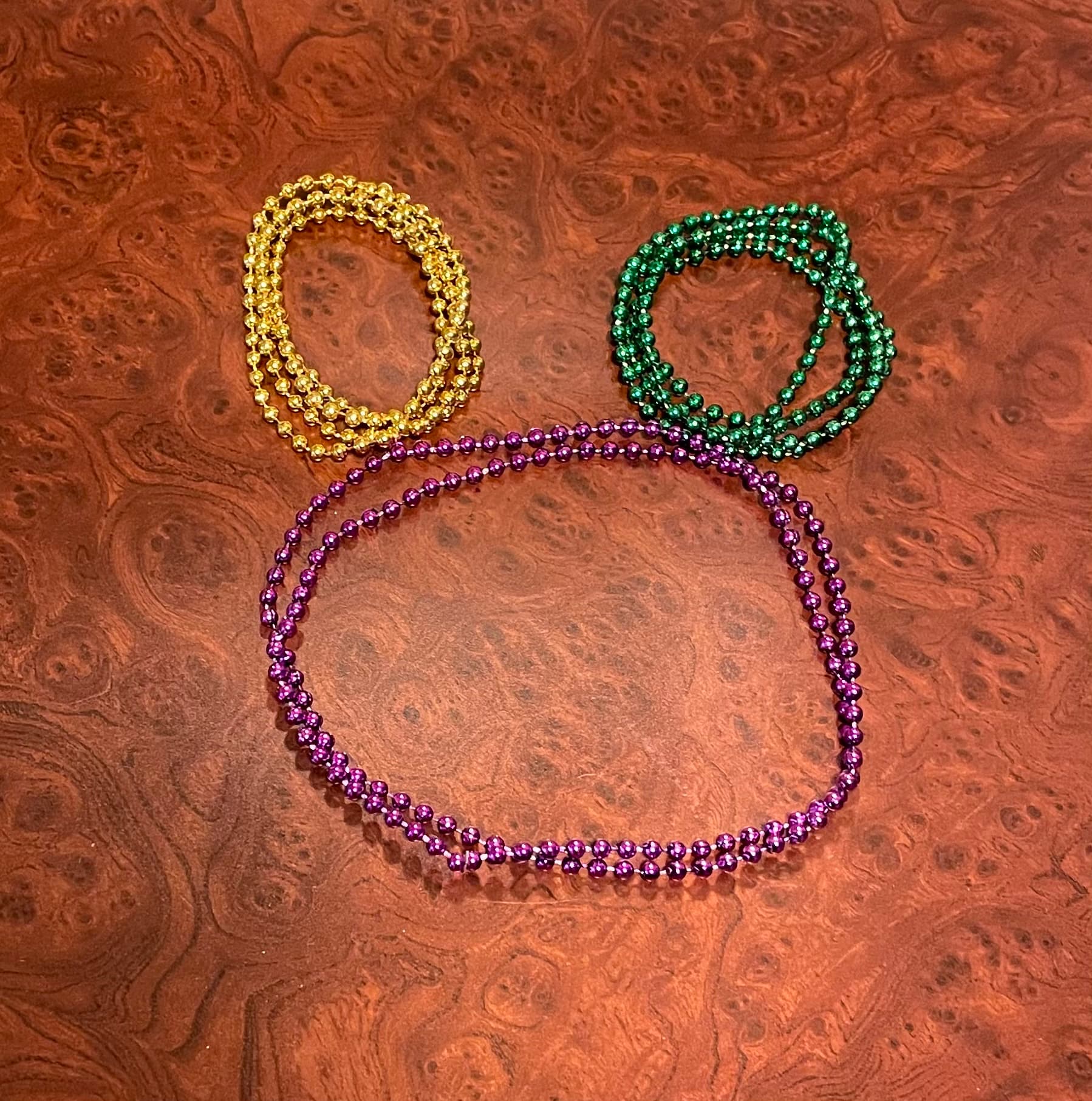 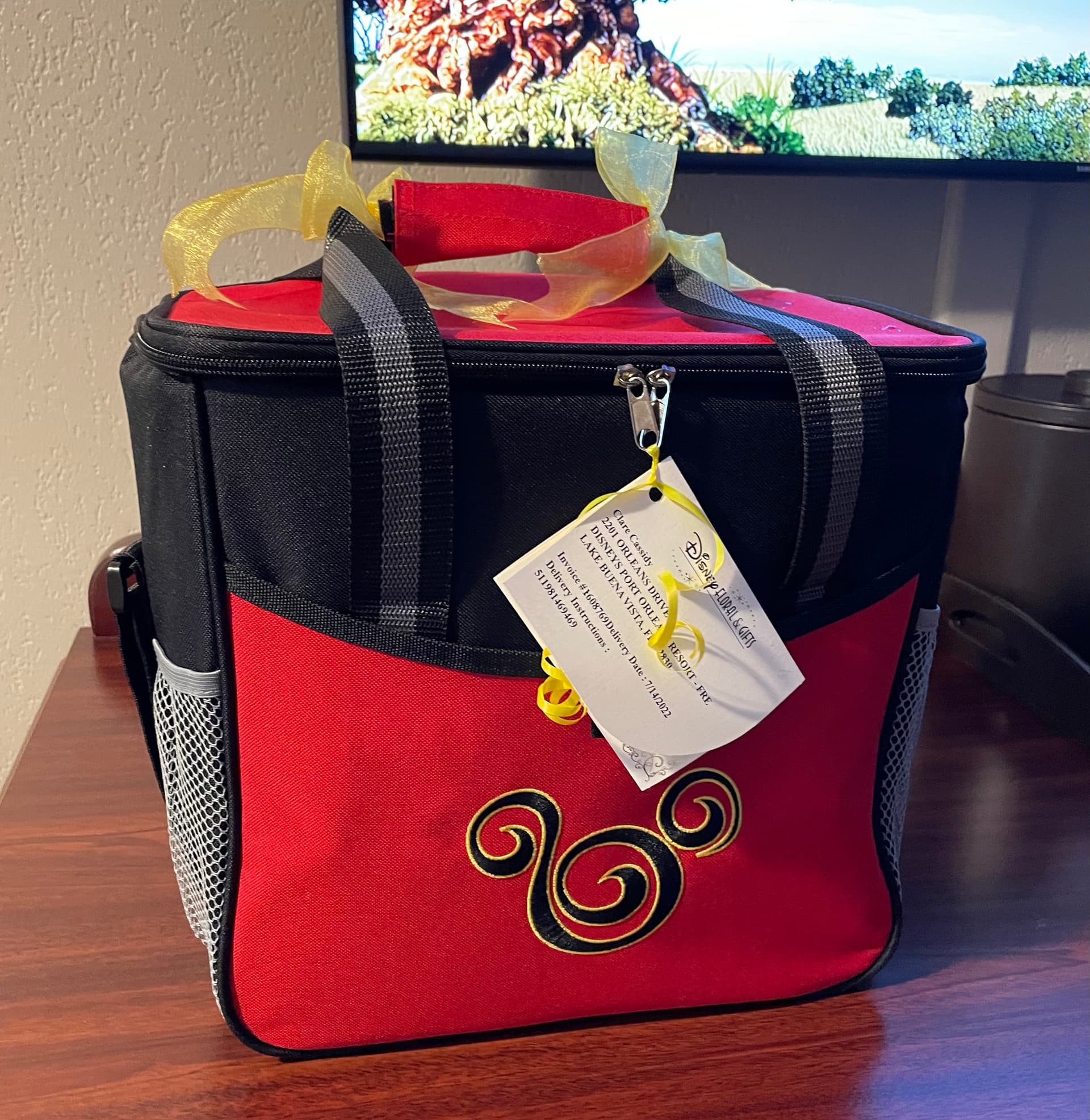 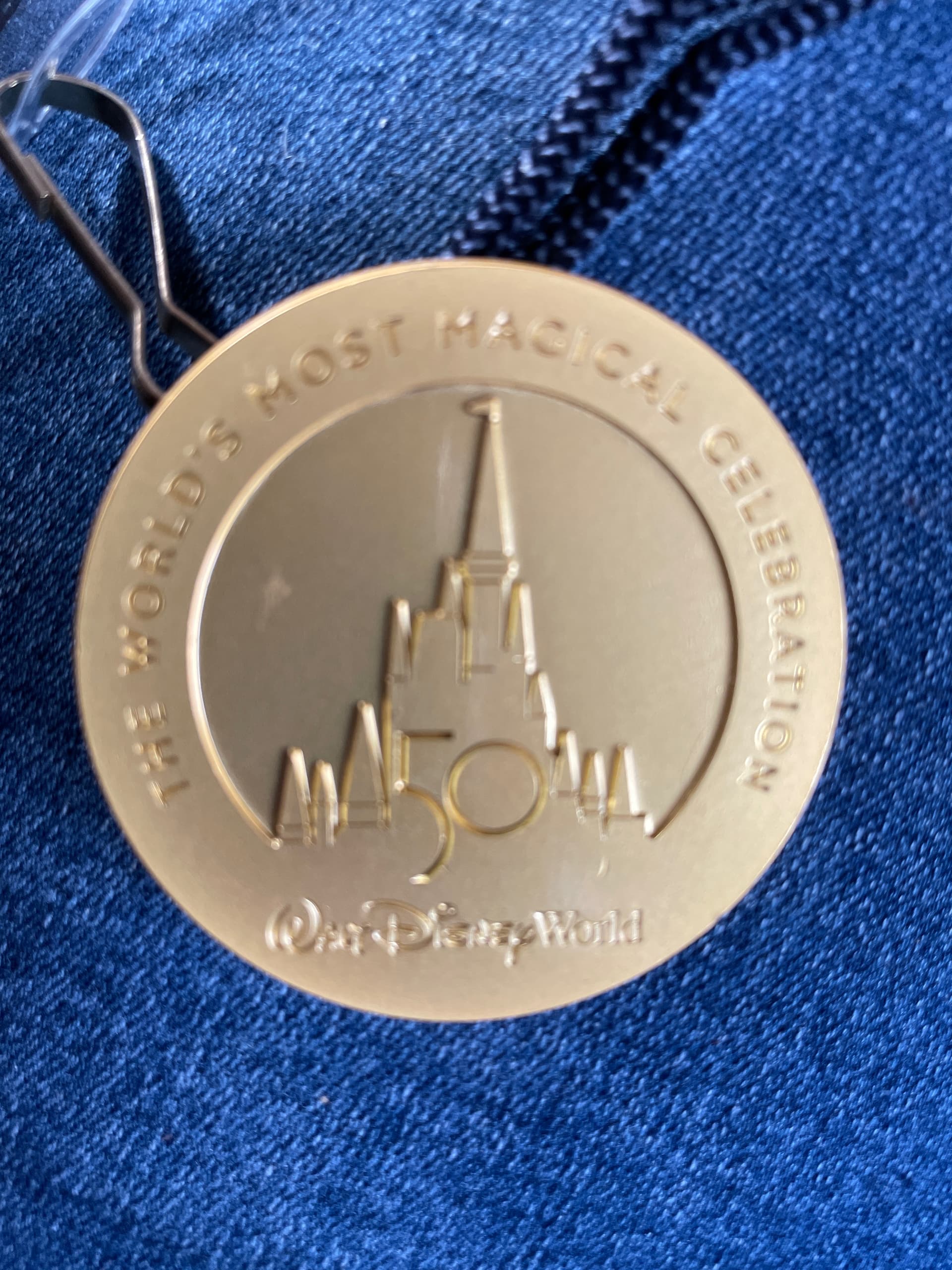 We dumped our stuff and headed to DS on the bus as it was still storming. We bought a couple of days clothes at Uniqlo, mainly for Joe. Then we went to World of Disney where I got a shirt but we didn’t find any flip flops which I always wear for touring. Then we stopped in at Ron Jon’s Surf Shop where we picked up sun cream, a bikini and flip flops for me. DS was absolutely packed and we were exhausted. We decided just to get the bus back to FQ, get some food and go to bed. No MK

Back at FQ Joe got chicken strips and fries and I got a ham and cheese salad sandwich which was so fresh and delicious! I also got the 50th anniversary raspberry cheesecake, it was fine but nothing special. We also bought refillable mugs. Then we got to bed, as we’d been up for nearly 24 hours and had an early start in the morning! 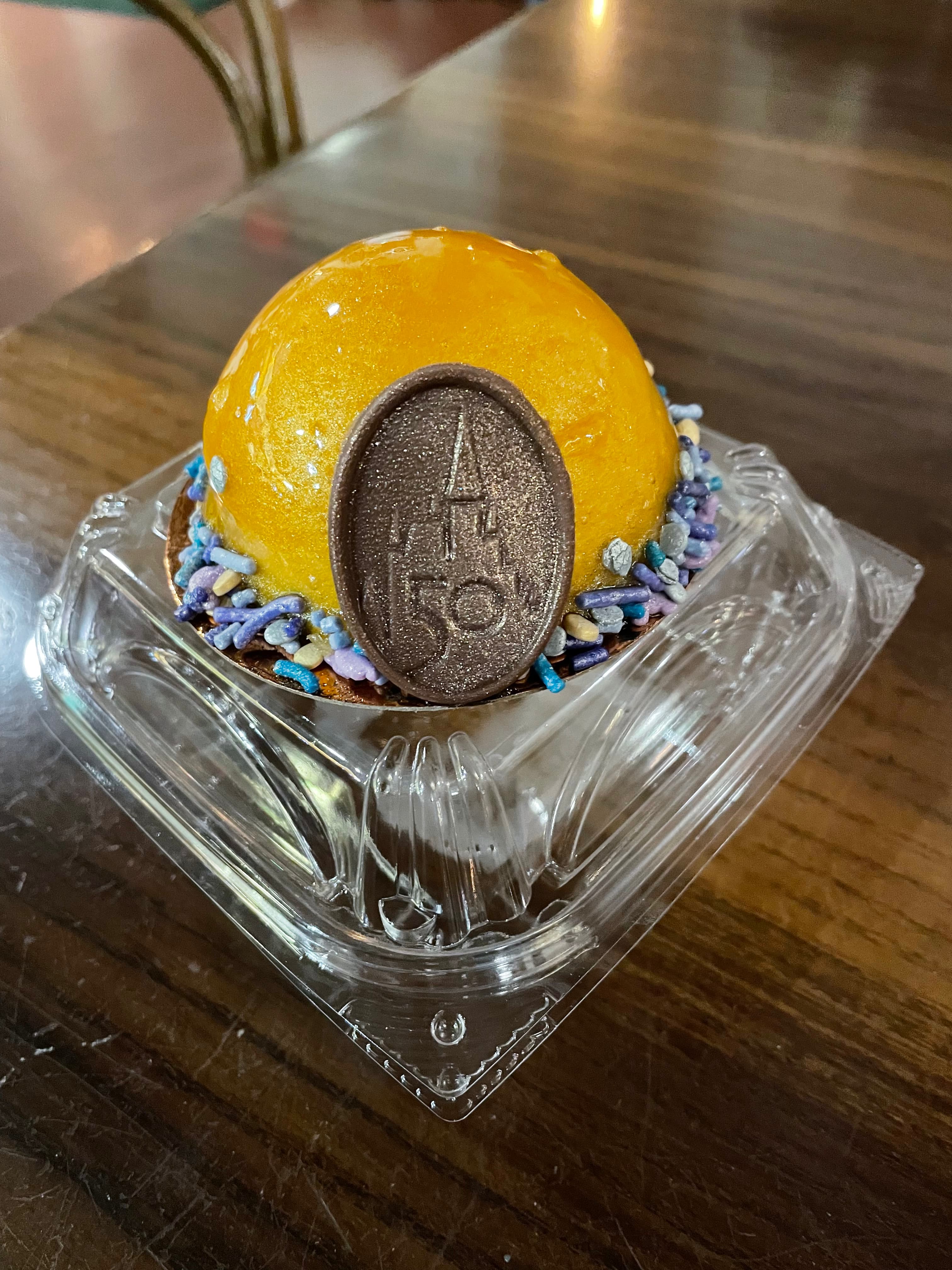 I hope it does!

We had always planned to visit this year after our 2019 trip, we were lucky not to have any cancelled WDW trips. Though our Norway cruise was cancelled.

I hope you have a fantastic time!

love the photo of you and joe!

was wondering how your trip went—and looking forward to reading more about it!

Wow. I had no idea that Joe had gotten sick on the flight over there. And then your loss luggage and the storm. What a dramatic start to the trip.

Yes so we arrived with him covered in sick and didn’t have a single item of clean clothing for him!!

Yes so we arrived with him covered in sick and didn’t have a single item of clean clothing for him!!

just finished reading about this flight/first day! gah! what a nightmare!

can i have a hint? do things get better?