Chapek confirms masks will be required in US parks upon reopening

That’s a good question. I mean. Probably Amazon. But what she actually ordered was this package of infant elasticy headbands. They are far more comfortable, and more forgiving than using actual elastic. She ordered a package of them. I don’t know how many there were, but it looked like a LOT. 30? 50? Unsure.

I’ll see if I can a link to them from her.

And here is a picture my wife provided showing how she cut it in half. 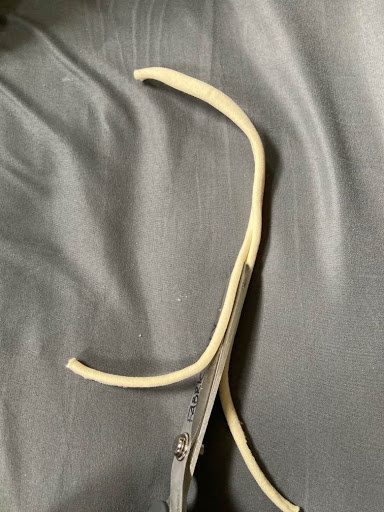 She said this: “Once I snip the head band, I cut it into two thinner pieces. After that I measure and cut the proper size (usually 18-20cm). I personally think the headband is a bit thick as is. Maybe fine for someone who doesn’t wear glasses. That’s why I cut it down the middle.”

Thanks to both of you!

Update: I wore a mask all day at Universal yesterday, in 99 degree heat. It was fine. There’s enough a/c in the rides to cool you off. I think wearing sunscreen is the bigger tip.

Wait. You mean there is sun in Florida?

I know you kind of live in two places. Are you more of a NYer or a FLer? Trying to figure out if there’s an element of acclimating to consider for this NH gal.

Sorry to all the guys out there for this reference; But this is what I’ve come to realize.

Uncomfortable at first, but give it a while and you forget you have one on.

Until you’re able to take it off…then it feels like heaven.

And, once you take it off, it’s a sign that you’re probably in for the night

I now have a mental picture of everyone with odd white patches from the eyes down and bright red burns from the bridge of the nose to the forehead. This is similar to what we see up here during the ski season where everyone has raccoon eyes. 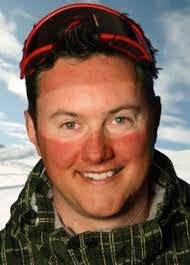 Definitely use that sunscreen! 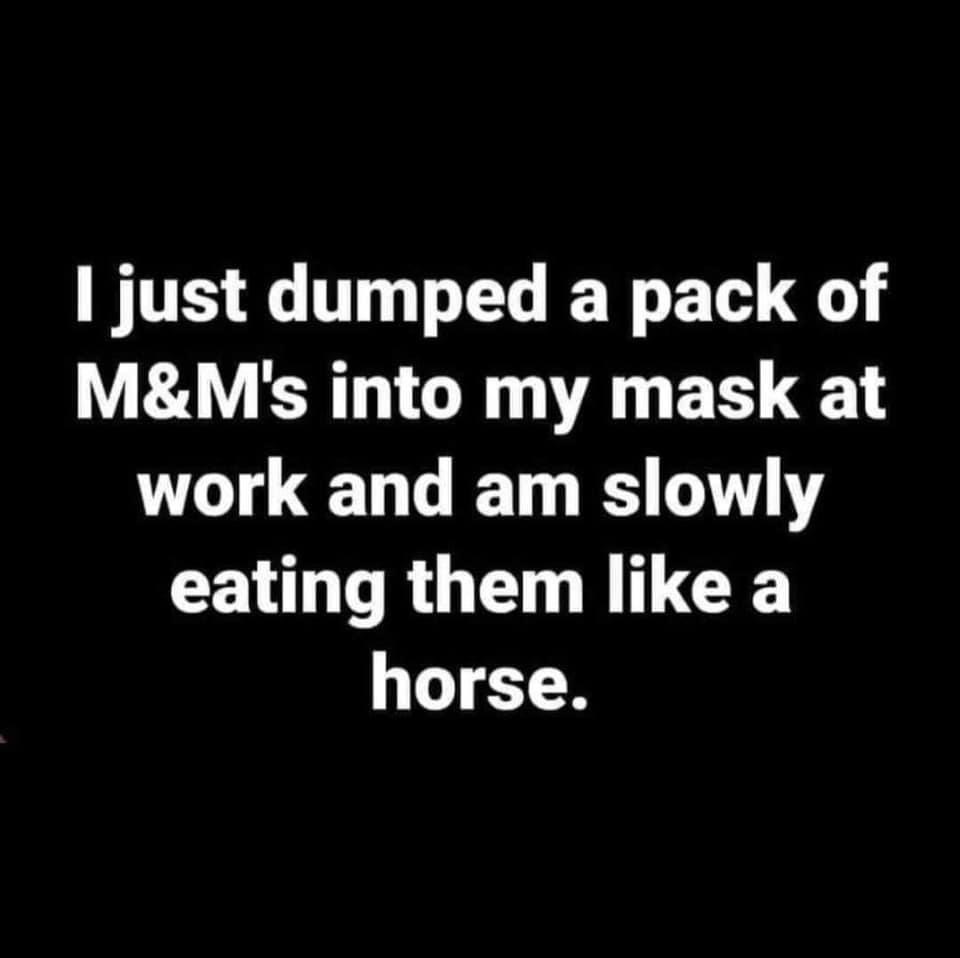 I sure hope those M&Ms melt in your mouth, and not in your…mask!

If there were some way that people could feel what it is like to get a COVID swab or better yet, a COVID swab AND a Resp. Pathogen swab, they would wear their masks!

When the nurse was done, I wondered if they’d left me with enough brains to drive home.

I only know because I have a pair that fastens to the top of my hiking shoes and goes part-way up my leg, so my socks don’t get so dirty when the trail is dusty. Same function, different part of the body!

Not sure if Disney will

It’s not dusty there.

If there were some way that people could feel what it is like to get a COVID swab or better yet, a COVID swab AND a Resp. Pathogen swab, they would wear their masks!

We did our COVID cotton swap test yesterday. It was the type that you administer yourself through CVS. And, well…it went pretty much as I had expected. It was relatively awful, but not unbearable.

So, for the test, you were supposed to insert the swap up not quite an inch until there was some resistance. Then, you swirl/twirl the swap around twice and then hold it for 15 seconds. The trouble I faced was that this act almost immediately triggered a need to sneeze…which I ended up doing, quite exuberantly! So I can see why they have you do it to yourself. If I had COVID, I would have just contaminated whoever was administering it! In my case, only my steering wheel was placed in jeopardy.

Anyhow, the second nostril, I was able to refrain from sneezing, having learned what NOT to do with the first nostril.

I do not look forward to doing it again, if I needed to, but I will say that I think I could handle it better a second time now that I have the experience from the first time!

I can’t imagine a Resp. pathogen swab, though. I’m one of those people who has NEVER tolerated throat cultures even. I choke and almost vomit every single time. (I won’t even begin to tell you the story of LITERALLY being chased around the doctor’s office when they wanted to take a throat culture when I was kid!)

Sounds a lot better than mine. I stuck it in an inch and asked if it was far enough and she laughed and said no another 2 inches to go!

I stuck it in an inch and asked if it was far enough and she laughed and said no another 2 inches to go!

That’s awful! But from what we’ve been reading and told, the need to go up an inch or more is a fallacy. So, I’m glad I haven’t had a test done until now, after they determined going “deeper” was not necessary for accurate results. My guess is that the act of swirling/twirling activates the nostril to release mucus, which is why you then hold it there for 15 seconds afterwards. Both my wife and I noticed that after the test, our noses were much more moist/runny feeling for quite some time.

Has there been mention if they will require you to keep your mask on during the ride? I could see many masks flying off people on EE, RnR etc. What’s been happening in Shanghai?

I presume so. Universal requires it for all rides except the water rides.

As far as fear of the mask flying off…my wife found these clips that we’ll attach to the ear loops when we go on a ride that acts similar to how eyeglass bands work (which we always also wear). They just clip on and off easily, so we can put them on for rides that are of concern.

Of course, we also plan to have spare masks available in the unlikely event we still manage to lose one on a ride!