So, finally, after 20 months without a break longer than three nights away, I’m taking some proper time off and going on holiday. I’ve generously given myself three full weeks off, including nine nights away. I leave home tomorrow.

Let me get you up to speed.

For reasons that no-one has managed to explain to me, the US travel ban remains in place, an astonishing 17 months after it was first imposed. Britain’s own complex and ever-changing rules have meant that most of us are stuck vacationing in Britain and I — having flirted with a DCL cruise around Britain — finally opted for an MSC cruise around Britain: Liverpool to Glasgow to Belfast to Southampton to Liverpool. Seven nights in total. About the same price as the DCL cruise, which was only three nights. You do the math.

I leave home tomorrow (by car) for Liverpool (where I’ve never been before) for a two night stay, before boarding the ship on Tuesday. I’ve chosen two excursions: one to Belfast (where I’ve also never been — in fact, I’ve never been to Northern Ireland at all), and one to Salisbury (because I do like me some good cathedral action). They throw us off the ship in the early morning, so I’ll have another day in Liverpool, before driving home that night.

First stop tomorrow is dropping Calvin off at Sarah’s. I haven’t yet had my traditional pre-holiday, Calvin-abandonment panic attack and, right now, I think I may merely just be traumatised tomorrow as I drive to Sarah’s. Regular readers will know that he suffers from rhinitis, which is a hideous disease that causes him to cough and retch and choke — horrid for him, but for me, too as I have to listen to it throughout the day, and night. Shameful as this is, I could actually use some time away from him. His condition has been particularly bad during the last month and there have been times when I honestly thought I’d lose it. (Ironically, during the last few days he’s been doing a lot better, just as I leave him for nine nights.)

Despite the foregoing, what usually happens after I drop Calvin off is that I almost immediately “forget” about him and focus on getting to my vacation. It’s a two and a half hour drive to Liverpool. I don’t drive very often so it still slightly stresses me out and the required concentration makes me forget that I’ve just abandoned my child, whose panicked barking as I leave him slowly fades away as I walk back to my car.

A two and a half hour drive is too much for me, so I’ll split it in half by stopping off for lunch. I’ve already found a spot. (My satnav — GPS — has had all its maps and whatnot updated and is currently charging ready to go.)

I should make it in Liverpool in time for the first thing I’ve booked. A trip to the top of this: 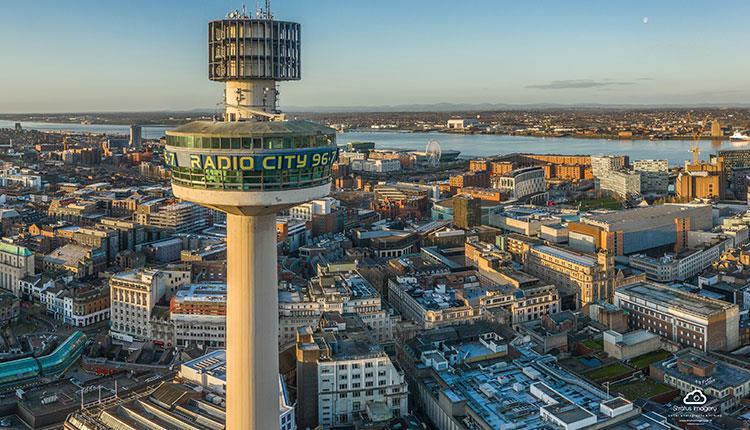 I like tall things. Don’t have those at Disney World, do you? Hmm? Lame.

After that I’ll explore the famous Albert Dock: 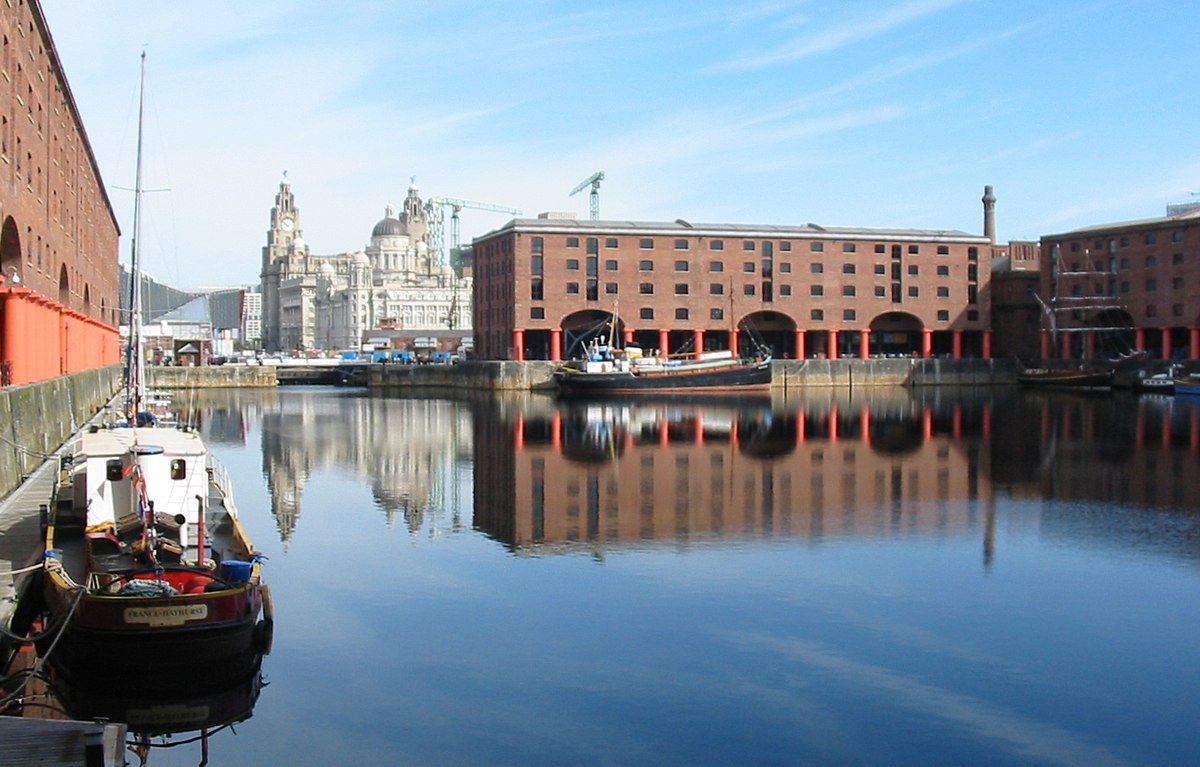 On Monday I have a packed programme lined up. First stop, Anfield Stadium, home of Liverpool FC. I have zero interest in football (soccer, dumbasses) but I’m very into architecture and I think it will be interesting. 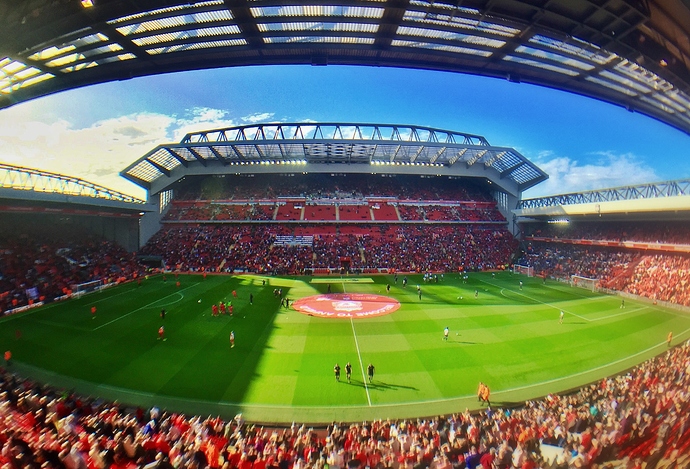 Next up, two — mark you — cathedrals. First, the Roman Catholic one, known as “Paddy’s wigwam”: 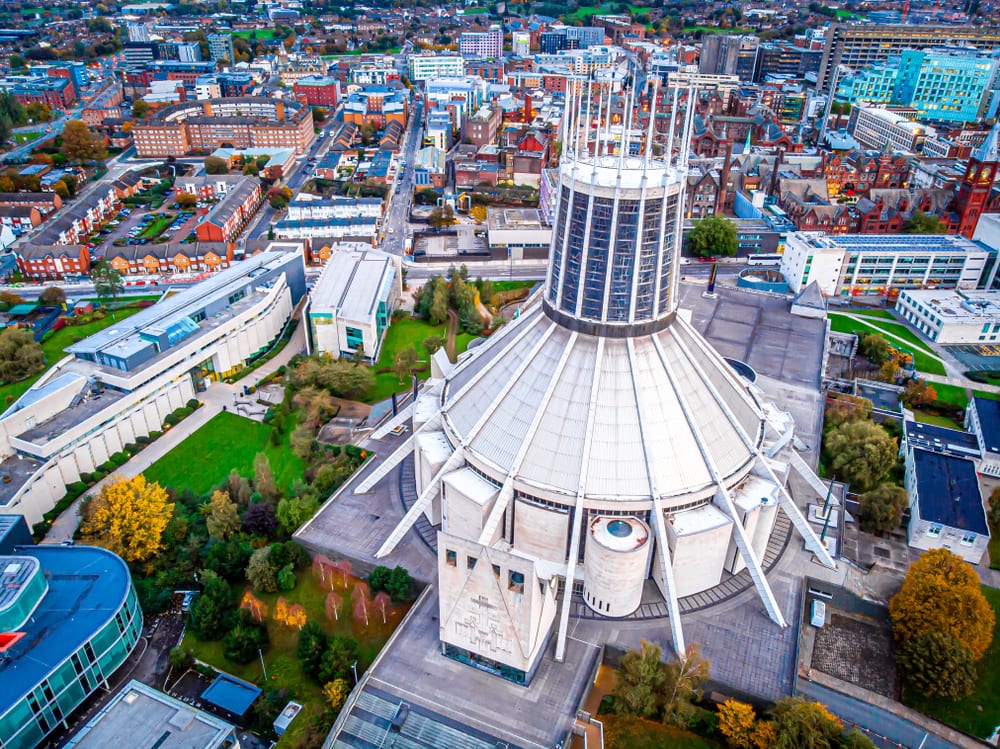 Then the more traditional Anglican cathedral:

Pop quiz: Which is the newer cathedral? Clue: you’re wrong.

I’ll probably be cathedraled out by then. Big day the next day.

I don’t board the ship until the afternoon, so time to visit Liverpool’s most famous building, the Royal Liver Building: 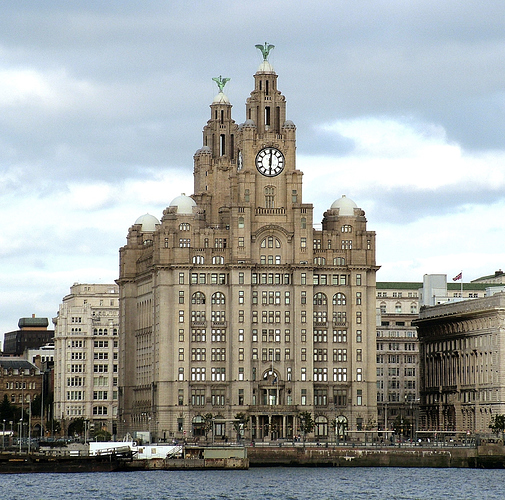 I’ve booked a tour, which includes some kind of modern, whizzbang light show in the clocktower:

So you can shove your HEA where the sun don’t shine. Those are projections on an actual historical building, and not some made-up spit-and-cardboard nonsense that you people think is a castle.

Side bar
This is a castle.

An actual Queen lives in it. Not a fake princess. And it’s nine hundred and fifty years old. Not, you know, fifty.

So shut up about your dumb castle. You’re just embarrassing yourselves and should stop.

Back to the main thread

So after the Liver Building — which is pronounced lie-ver, not lih-ver, dumb Americans — I finally get to board this:

Note the Liver Building on the right for scale.

The first thing I’ll see when I board is this: 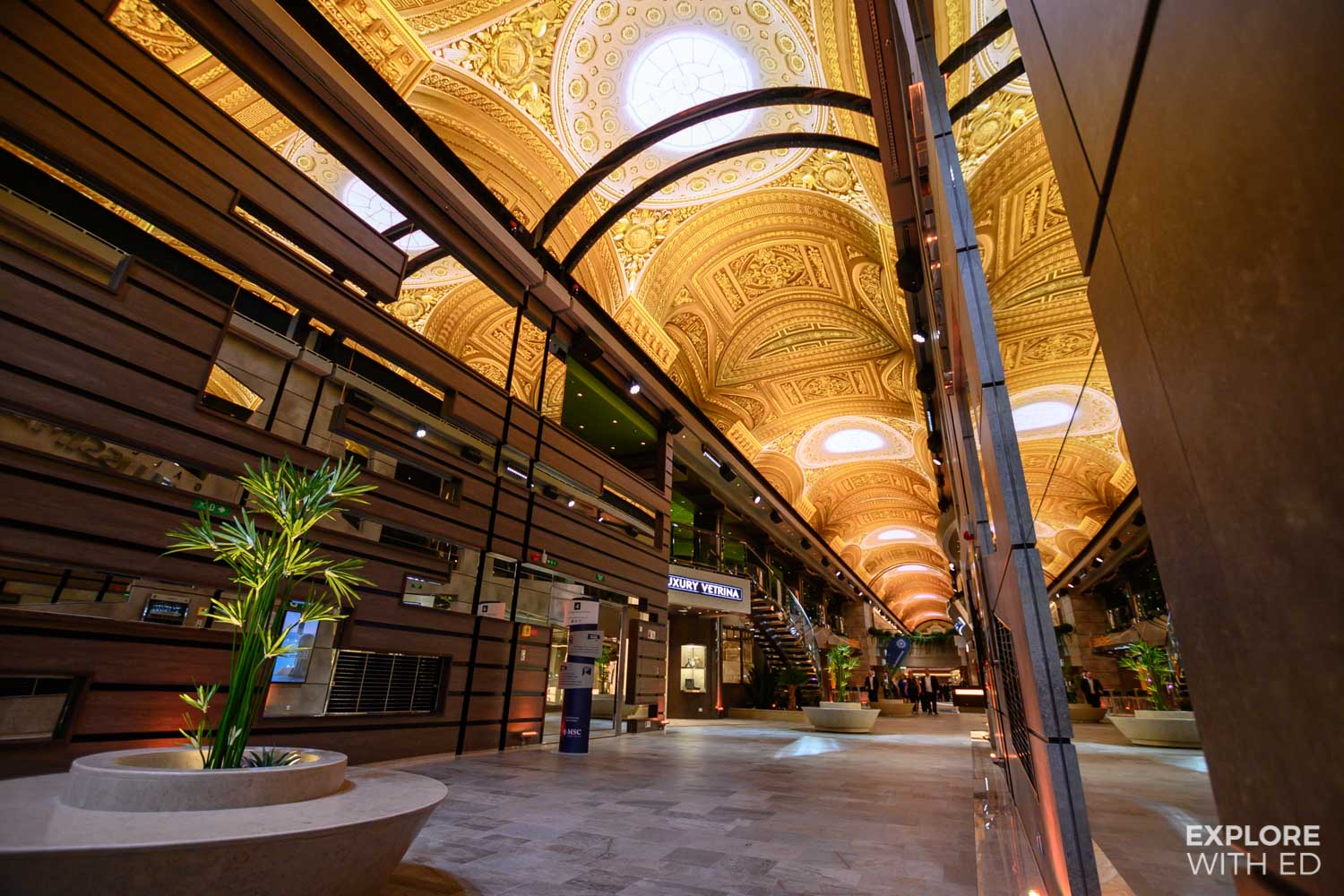 And then the cruise will begin.

three full weeks off, including nine nights away

This is awesome! I can’t wait to follow along.

I finally get to board this:

Holy moly!!! Look at the SIZE of that!!!
Ferry across the Mersey indeed!!!

Have an excellent time @mousematt. Hope it’s everything you need

As much as I’d like to hear about your cruise I’d like to know if you are constantly going to turn your dismay about the travel ban into insults directed at Americans at every opportunity. I mean, I can just look at the photos.

I am so excited for you!

I get the dog stuff; I have dogs with separation anxiety and their own issues and its nice to get a break from it and I have human kids too that drive me nuts with stress with their phone calls home on the 2nd day of school because they refused to do their biology assignment because it wasn’t due that day and the other one who is still asleep at 4:04PM local time and behind 5 assignments already for school that were due yesterday (in his mom’s plan since she creates his school schedule, so who do I send him to when he doesn’t do his work? I am the teacher and the principal!). Only two days into the school year and I desperately need another vacation. Can I join you? Oh wait, I’m not allowed into Britain.

Anyway, have so much fun and thanks for entertaining me while I am also stuck in my country though it’s bigger than yours and includes two Disney resorts.

Following. I loves me some good cathedral action too (being an art historian and all). That looks like a fabulous trip!

Look at the SIZE of that!

Slightly out of context, but you get the idea. My cabin is circled. Except it’s on the other side. The black thing down the right is a panoramic elevator, which is going to be very cool and very convenient.

I hope you have an amazing time and am excited to follow along. I only went on one cruise which was almost 30 years ago but have been thinking about taking one at some point in the future. Love all your photos.

I imagine that I will. You’re an oddly sensitive peoples for the greatest country in the world.

There will be pretty pictures, though. I bought an iPhone 12 Pro Max especially for the trip. 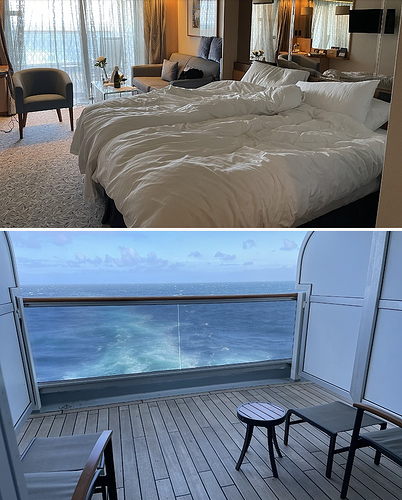 I’m not allowed into Britain

Both Britain and the EU are welcoming American types with open arms now. We’re a friendly peoples. And not scared of some tiny little virus.

Was there a thread? In my own monstrous self-absorption did I miss it?

No… you didn’t miss a TR thread… she posted some pics. in the daily. I saw her posting and knew she was back. I went to peek hoping for some trip details and I was rewarded.

That place scares me. The people are weird. They’re too nice to each other. I can’t handle it.

My cabin is circled

That would be fun, lol. As you’ve probably figured, it’s actually going to be Greenock.

The people are weird.

There’s a blur spoiler in there, in case you missed it.

I stopped attending b/c I felt guilty for not being able to keep up. I was so worried I’d forget someone. It became stressful