I saw an article about Bob Iger being upset about the CDC saying that not everyone needs to be tested for covid if they don’t have symptoms. It seems like this is good news. The CDC has had a steady stream of relaxing guidelines as they grow in knowledge and understanding of the virus and how it’s behaving. It concerns me when good news is given indicating that the virus is weakening or not as bad as first thought, that powerful people like Bob Iger express public outrage instead of gratitude for the good news. I, for one, would love to see Disney start to relax some of their restrictions at the parks to make the experience more enjoyable.

Some reporting indicates that the CDC was politically pressured to loosen the guidelines, so I wouldn’t assume it’s based on scientific evidence.

Dr Fauci had publicly stated that he was under general anesthesia for surgery when this was being put it there and that he doesn’t support it, despite claims to the contrary.

Also, I’d rather be inconvenienced than have my risk of Covid go up.
I for one would not go on my December trip if they relaxed guidelines.

Agree that the CDC change is politically motivated and a horrible idea. Not testing doesn’t reduce the number of cases and asymptomatic spreaders, it just makes us oblivious to them and more spread will result. Which hampers the recovery of our economy and of businesses like Disney. So Iger is right to be outraged. No way I would go into the parks if restrictions for everyone’s safety were relaxed at this point.

At the risk of bringing politics into this, the CDC is being driven by an administration that is in the precarious position of needing to “dumb this whole thing down” in order to prevail. I don’t trust the CDC as I would in the past as they are not able to operate independently at this time and provide unbiased, factual, evidence-based information anymore. Maybe they’ll be able to in the future but at this time I am inclined to take their advice with a grain of salt. After all, if you do less tests you have less cases - and isn’t that what they are after

Wow! You trust the the CDC when they say the sky is falling, but now that they are giving indications that maybe it’s not falling after all, you don’t trust them anymore? I have reason to believe that their more recent stances are the scientific ones and the old ones were the politically motivated ones. And why do you trust Fauci more than the CDC, or the hundreds of other physicians and researchers who have contracted Dr. Stuck and his positions? When do you think you might stop being afraid of getting the virus? What will convince you that you are “safe”? I’m really trying to understand this mindset of fear at any cost.

I don’t understand how the estimation that asymptomatic spreaders are a significant factor in spreading the virus lines up with reducing testing when there are reasons to believe one has been exposed.

If a raccoon jumps out at you and bites you, would you ignore the bite because you don’t have symptoms of rabies? You wouldn’t - even though the chances a particular animal has rabies are fairly low.*

The incubation period for rabies is weeks to months and once they do appear you have almost no chance of beating it.

Even if COVID ends up being “mild” to you - in the meantime you could have spread it to any number of people, including those at high risk. If you want to prevent something, you have to watch for it not ignore it and hope for the best. That is what contact tracing is all about.

If I have the chance of preventing my own or someone else’s illness by a simple test, I’m taking the test.

*Fun fact: I was bitten by a neighbor’s dog 2 years ago and the dude did not have the dog up to date on shots, nor did they tell me that was the case even though I checked with them after seeing a doctor to have it treated. Then the dude got mad at me when the health department came and quarantined their animal because my doctor reported it.

Was it politically motivated? Perhaps. But then, the news outlets reporting this are extremely left-leaning, which makes them biased.

And what if the “political pressure” really was pressure for the CDC to actually follow the science moreso than they were? We don’t know.

I can’t say either way. But reading through the reasons the CDC made the change does sort of make sense. They aren’t saying it isn’t that testing isn’t needed, but that it isn’t really doing any good (in a nutshell). There are better ways and recommendations to handle this.

I expect we will continue to hear more about this in the coming days, weeks, months.

But then, the news outlets reporting this are extremely left-leaning, which makes them biased.

But that’s the point of smearing the media, to make everyone distrustful it anything that doesn’t line up with their agenda.

I don’t have an agenda. CNN is as liberal as Fox is conservative. This ain’t news!

Would you also love if they had to shut down again after a massive outbreak in park visitors? It’s a possibility that is made less likely by strict protocol involving masks, social distancing and capacity limits.

What goes for testing, countries and areas that have had most success in limiting the spread of the virus have been agressive with testing. It’s an effective method in preventing and keeping track of spread. 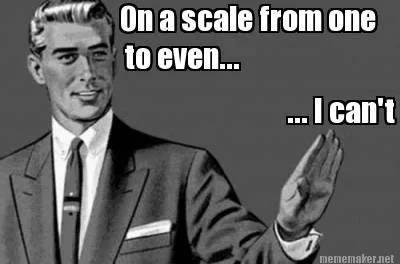 And what if the “political pressure” really was pressure for the CDC to actually follow the science moreso than they were? We don’t know.

I am concerned that this thread could potentially become an issue? @missoverexcited and I will be lurking. Be kind!

No worries. I’m going to see myself out now. 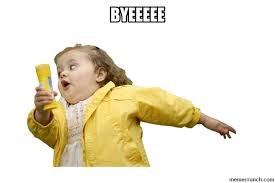 Serious question. Which of the restrictions are particularly onerous? From my perspective, nothing is too bad. The masks are easy, especially with relaxation stations and spaces for eating/drinking. Hand sanitizer is optional. Temp check is touch less and takes less than a minute. Not having to worry about booking FP seems amazing. Keep space from people in the lines is something I wish they’d keep forever as I’m tired of being crowded and bumped into. They aren’t reaching capacity. Park hopping would be nice, but not a deal breaker.

I wish it wasn’t so, but only one “side” (why are there even sides? It’s a public health issue!) seems to overwhelm any COVID or COVID adjacent discussions around here.

This is by far a minority opinion here, and I happen to agree with it. I’m not that worried about contracting the virus or unknowingly having it and spreading it. I’m comfortable with that, and I don’t care if I’m called selfish. I don’t see it that way. I will comply with what I have to in order to live my life, but I would very much welcome less restriction. I’m annoyed by the race to see who can be most offended by the smallest thing, like “Oh no! There’s a person 20 ft away over there in line that has her mask below her nose.” Please. Maybe my risk tolerance is way higher than others, but I see an awful lot of people trying to claim the moral highground for how compliant they are and what bothers them. I don’t want to live in a country of snitches and hall monitors. I understand the science, and I have a science background. Many wrongly think that one side of the argument, and many other arguments, have a monopoly on science, which is totally false. Science is often misused to claim proof to a pre-existing narrative.

Thank you for sharing your opinion. I don’t mean to offend anyone, but felt the need to stand up for this take that I agree with and don’t want to see shamed or attacked. There should be room here for multiple opinions on restrictions that affect our enjoyment of Disney.