I have never travelled with Mickey ears before but I bought my first pair on my last trip (wore them on the plane home). This trip I’m travelling with 4 pairs

I’m not so concerned about the Disney ears as they seem fairly sturdy. But I have 2 pairs I bought from Etsy that are 3D printed. They came wrapped in tissue paper in a cardboard box, I do have bubble wrap but they wouldn’t fit in the box if I used it. Both my suitcase and carry on bag are soft sided and my carry on bag is a backpack that I’ll just shove under the seat - I want easy access to my stuff on a 9 hour flight!

Would you pack them in the suitcase and trust that the clothes will protect them, or in the carry on so you had control of what happened to them! 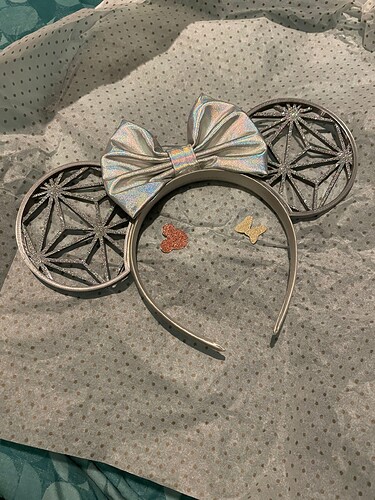 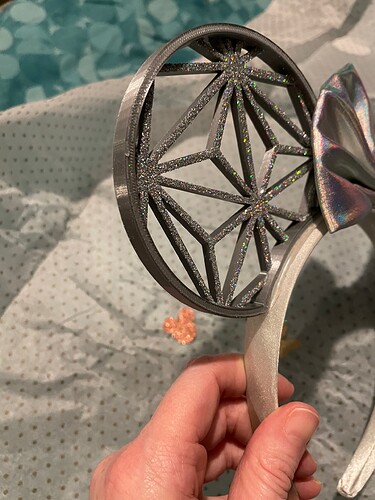 Oh btw I asked the shop owner on Etsy how she transports hers and she said in a hard case carry on. I’m not buying a new carry on bag for one trip.

If your suitcase had a hard side, I would put them there surrounded by the clothes. Since it is soft sided, I vote put them in the carry on.

If you like 2 of them better than the other 2 of them, maybe the 2 favorites in the carry-on and two stowed in the suitcase?

I would put at least a couple in the carry on because of the (unlikely) possibility of lost luggage.

Avery has several pairs that are from Etsy, and those she transports in the boxes they came in (with tissue paper), in her checked luggage.

Those are awesome! I trust myself w a carryon more than an airline with my luggage!

Also, now I want to see the other three pair. 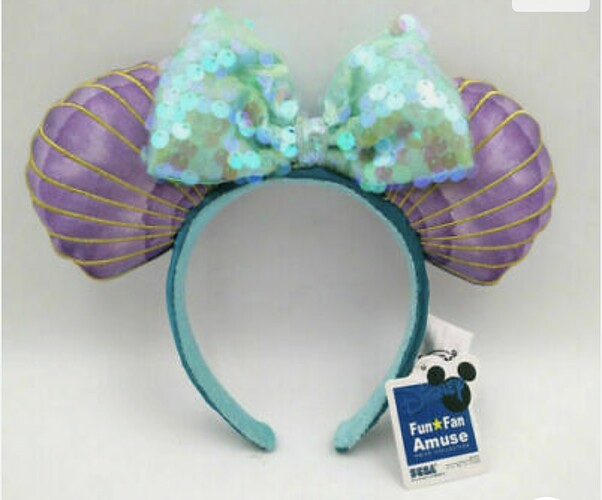 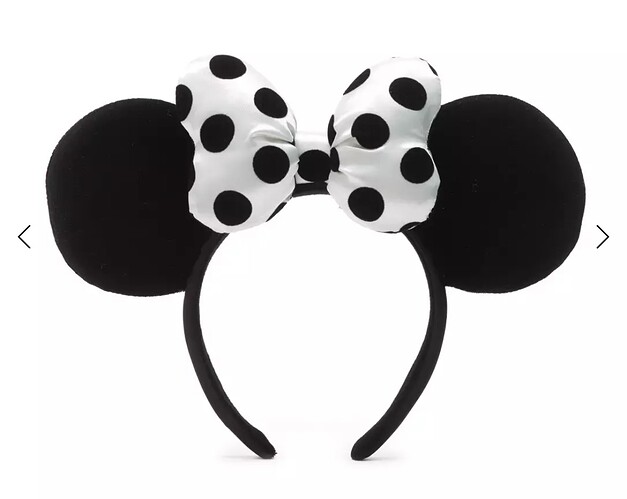 LOVE the Ariel ears!! Well, they are all cute!!

These are the other Etsy ones but it’s not a good pic. 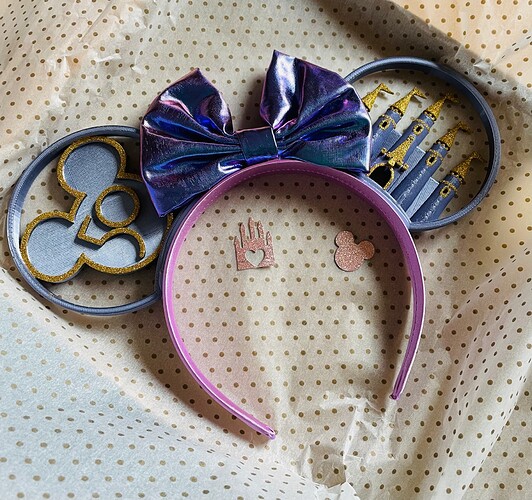 I think these are my favorite of the lot!

They are gorgeous! I want all her ears but I have to be sensible

I think I would put a layer of clothes in the base of the suitcase to fill in the handle spaces and then put the 2 fragile ears in there followed by more layers of clothes. Generally when they throw the cases on the belt to load and unload the put them lid side down so that’s why I’d try to put them closer bottom.

Are you allowed one carry on and one personal item? If so, can these gorgeous ears in a bag and become your personal item? Don’t shove it under the seat! The ears can be in their original boxes in the bag.

I once bought home a chocolate molded US Capitol Building on the plane as a carry on. It just, and I mean just, fit under the seat heightwise! It wasn’t damaged!

Also I love all of these ears!!!

I just ordered a pair of 3D printed ones. Someone had remarked in the comments that she was worried they would break but they are more durable than they seem like they should be.

I got mine from lizziemakesmagic or something like that.

My DiL had a pair of ears broken in a military move across country (movers broke them). hmmm I still need to replace them for her

I would listen to all those giving experienced advice here so you are not disappointed.

DD18 packs hers in the laptop sleeve of her carryon.

Nope! But if she had said “am important vag packing question” I would have!

Life of a Labor and delivery nurse, it’s not glamorous.

Well that’s a combination of words you don’t hear every day.

Unless you work in L&D!