I said nothing about direct hits to the parks

We are suppose to have a very active season though.

That headline is highly dubious (this comment is directed at the blog, not you).

You can’t predict the track of a hurricane with that accuracy more than a few days out. The overall hurricane season outlook is modeled for the entire Atlantic basin, not Florida in particular and certainly not 42 square miles near Orlando. The article actually doesn’t say anything close to what the headline says.

If they really want the headline to be parks-centric, it would be more accurate to say, “Disney World and Universal at Greater than Normal Risk Due to Unusually Active Atlantic Hurricane Season” or something like that.

I started this thread awhile back. I just came back here w/ a new update. I could change the title to: 2021 Hurricane Season Updates ???

Oh, what was the thread title before? Just to be clear, my comment was directed toward Inside the Magic.

original thread title was something about an earlier H season.

You’re right. You’d think Inside the Magic would help to persuade people TO visit, instead of giving another reason NOT to visit.

It is like, “Are your weekend plans gonna be rained out? Find out at 11!”

And at 11, they tell you that there won’t be any rain. But they made you look!

Get out your rain coats! 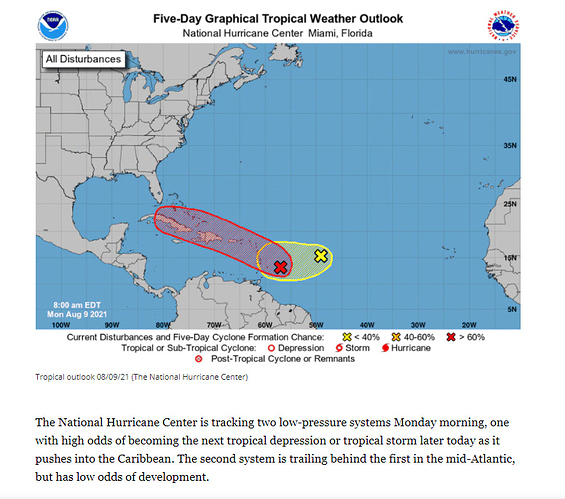 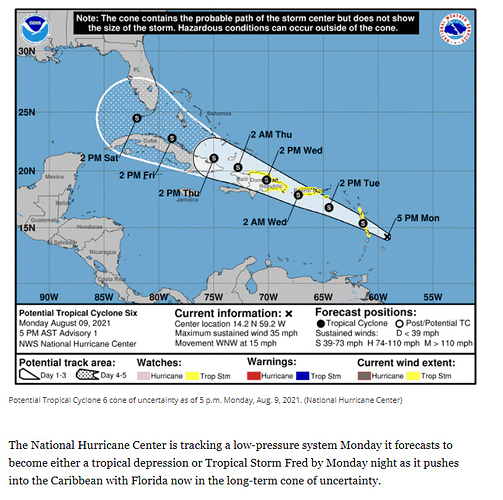 Hearting because you are sharing useful information for travelers. I’m not happy about the storm’s existence.

and… your hearting cheers everyone up, so don’t stop!

are you trying to scare me? won’t work. Home, I’m on my way soon.

No, I’m not trying to scare anyone. Just sharing intel

Knowledge is power and all the jazz

Are you coming for a marathon? Right? in 5 days?

i know, just poking at you

no races in the near term. Just a chance to be Happy