15 April (Thur) MK RD musings from the GF side

MK Official Park Open is at 0800, which means 0710-0720 taps will open. We were planning to Uber from our hotel in Disney Springs to Grand Floridian side arriving around 0630. Even if GF staff don’t allow us on, the Uber can drop us right there and we can walk one of two roads/paths to the GF-to-MK walkway. I think we’ll get there (boat area) by 0650 at the latest where I believe they hold folks.

My question is, if for some reason we can’t get on GF grounds, where should I ask the Uber to take us next for the quickest bus to MK so we can make as close to RD (taps open) as possible? Yacht Club? Or Swan to walk to Yacht Club bus stop?

Originally, before I knew the final hours, I was going to have us get 0700 Mobile Order at GF Cafe for a then scheduled 0900 MK opening. That would have put us in plenty of time for RD, but we’ll skip fancier breakfast and down some cereal at our hotel. Do you think if I had an 0700 Mobile order on my phone they’d wave us through the gate at 0630?

I’m pondering a similar plan for our June trip so will be very interested how yours goes and if you have any idea how much initial line time it saves you.

If you think it would help, it looks like Gasparilla Grill at GF opens up at 6am and has MO.

Hmmm…does GF Cafe even have a MO option?

Didn’t know about gasparilla grill. Thanks

I’m super curious how it goes for you!

To be honest, right now I’m kind of leaning towards just driving to TTC as it seems like less opportunity for things to go wrong, and my wait times aren’t looking too bad for the whole first 2 hours the park is open, and we have 2 RD half-days planned at MK.

Hope you have a magical trip!

If they won’t let you in, could you not just get out there? Having the driver take you all the way back to an Epcot resort isn’t going to be quick.

The other option is for him to drop you at the TTC. You’d have 40 minutes to walk round from the TTC via the Poly, GF to MK before the gates open.

What about getting dropped off here? These are walking paths from SoG to Poly and GF 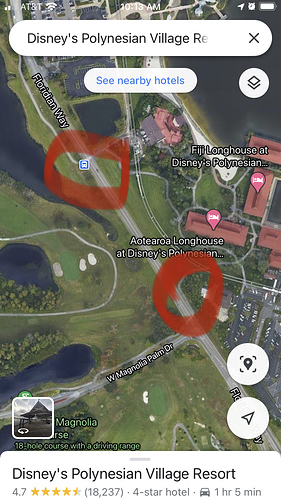 Under cover of darkness

So there’s a bus stop there? So grabbing a MO Tonga toast breakfast from Capt Cooks, if security won’t let us in to park, DH should be able to drop me off there and drive randomly until I return?

And then I’ll get more to bring home for the family. I’m letting them sleep in while I fetch brunch! (I think I need to bring DH though in case they won’t let me park.)

I guess that begs another question. If I get a 7 person MO breakfast from Capt Cook’s, will it be packaged up like carry out? Or just 7 styrofoam plates of food so I’ll need to bring containers and a bag to package it up myself? Or work on my juggling skills?

They bag everything up for you. Even have drink carriers. You get a message to pick up your MO at place __. Can you see bag on table? 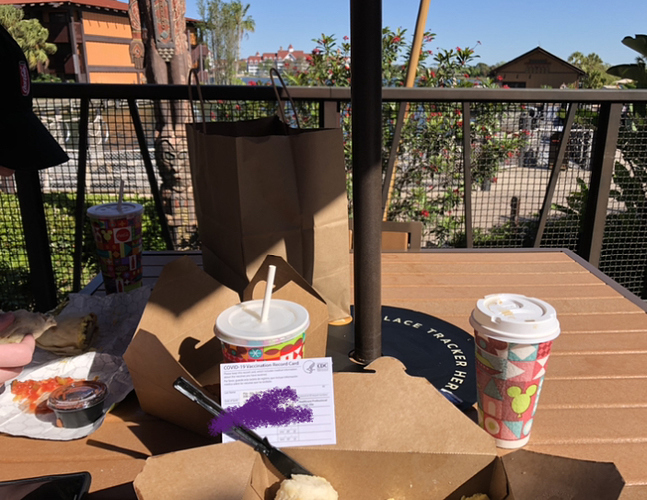 Don’t forget you can always park at TTC and walk to Poly from there to pick up and eat your MO. 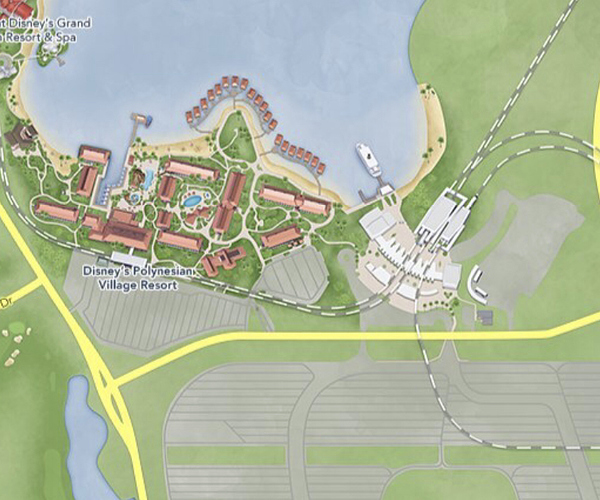 Nice! That will make it much simpler!

I don’t suppose the QS in the parks are doing that now too? For instance, this is how we received our food from Katsura Grill last January. So if we want to get that for a takeout dinner before leaving the park, I was assuming I’d need to throw some Tupperware in our backpack? 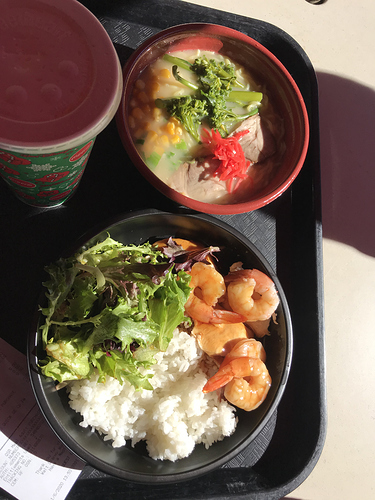 LOL… in the parks they are still putting your food on trays. So, sure carry your own tupperware

Yeah, but that’s kind of a steep parking surcharge on a Capt Cook breakfast on an offsite resort day.

But TTC will be Plan C. Or Plan B if DH tells me it’s worth $25 to him to sleep in instead of driving me.

Well… don’t you have to pay for parking anyway? If you’re driving and staying off site… just do the MO at Poly on that morning you plan to do MK…

I was hoping not to pay for Disney parking that day. We’ll be heading straight to RD on our 2 MK days so I was going to do it on a resort day (with UOR meetup in the evening).