Which park would you go to on Monday Veterans Day? Or would you do MVMCP? 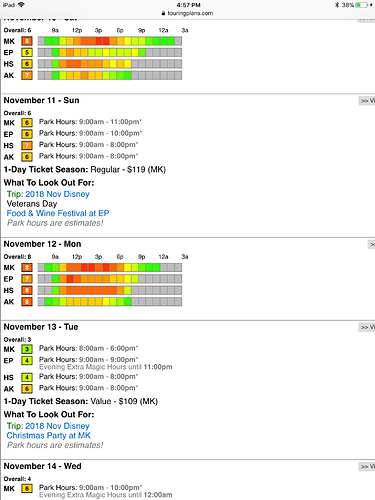 Releasing tickets today has surprised me and thrown me for a loop!

I don’t know the stats of how busy the party would be on Veterans Day… the data is somewhere on TP website. I can say that the mornings and early afternoons of party days are some of the least crowded times. I would opt for being in MK for those times

I would lean toward MVMCP