Which parks which days? Use Magic Morning or not?

Will be taking first trip to DLR on August 1 - 4 (Monday-Thursday), been to WDW 3 times in last 2 years. I totally cannot decide which parks to do. We are staying offsite but will have a 4 day ticket so can do the Magic Morning at DL. Should I do this:
Monday - DCA (but no EMH access)
Tuesday - DL (Magic Morning)
Wednesday - DL
Thursday - DCA

Can’t decide if I should be avoiding EMH or if that one early morning at DL is worth getting stuck behind at DCA EMH crowds. How many people could that really be, with only 3 hotels??. From what I’ve read, DCA is easier to do with FPs that DL since more rides at DL do not have FP.

Will be traveling with DD turning 6 that month and we plan on doing a 10:30 late, late breakfast at Plaza Inn one of the mornings we are at DL. TIA!

Plan looks good! Even with the Magic Morning crowd, that first hour is awesome because of the number of rides you can get in before 10am! The crowd wasn’t an issue for us when we visited 2 weeks ago. Good luck and have fun!

So excited you are coming to check out the charm of where it all began!

The one early morning (Magic Morning on Tuesday) is TOTALLY worth Monday behind EMH at DCA. DCA is only available that hour to onsite guests and you are right on with your assessment that with only 3 hotels, it’s a piece of cake. Also, Monday mornings the lines into DL are nuts. It’s worse than a weekend getting through those turnstiles. The lines are long and move slowly as there tend to be more people there for their first day and they all just want to go to Disneyland first. You will be the smart cookie starting out in DCA.

Also, if you compare DL Main Street to MK Main Street and DCA Beuna Vista street to HS entry (don’t remember what’s it called off the top of my head?) DCA is more different so you’re starting your trip with something else that’s not unique and not instantly comparing how jilted the universe feels because they are so different and have different atmospheres.

So, to sum it up, I love your plan! And I hope you have a wonderful time! Plaza Inn is so much fun at breakfast and has some really fun characters. I have heard as many as 12 different characters being there. We’ve had as many as 8 and that’s still more than any other than I’ve seen!

Thanks so much for the advice. Loving the non-planning part of a DL vacation already! I’m sure we will love it too. DD5 is excited she’ll be able to go on Space Mountain with me while she can’t yet at WDW.

Space is quite spectacular and the Star Wars overlay makes it even more amazing. I’m excited for your DD5!!

We’re going to be there Sept 12 - 14. I was planning on Disneyland on Monday morning, TP says the crowd level is 3. Would security lines still be a problem? TP has DCA at 5 that day.

Thanks so much for the advice on park days. It worked out great for us even though crowd levels were high. We wound up adding a day to our tickets and went on our arrival day, Sunday the 31st, because I was itching to get to the parks. Plus, it’s always nice t 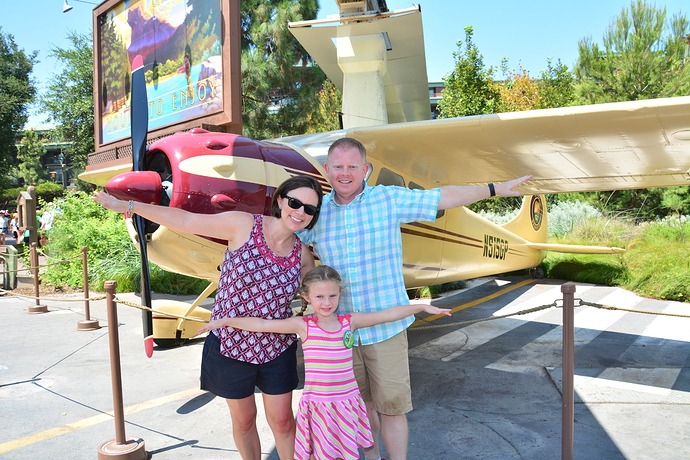 Loved both parks, different things about each one. Of course we loved DL because it’s the original and all of the history there, plus lots of our favorites rides from WDW: BTMRR, SM, Pirates (definitely better at DL). Plus, Paint the Night was AWESOME even though we were not thrilled about grabbing our seats 1.5 hours before showtime it was spectacular. I was relieved we saw it because we chose the night of the Anaheim power outage AND the day Disney announced it was ending officially in September. But the parade went off smoothly luckily!! We also had brunch at Plaza Inn and met 10 characters. It was a great experience all around. The only thing that did not go smoothly at DL was our extra morning hour - hopped on Alice first thing then it broke down. Matterhorn was not open then, not sure if that is normal or not for the extra hour but I did not have a plan at that point so we hopped on the submarines which were not a favorite for us – took way too much time and was simultaneously boring and scary for my daughter plus I felt kind of “trapped”. Enjoyed all other rides though.

DCA was basically a much better version of Hollywood Studios - loved CarsLand, Grizzly Peak, Paradise Pier, lots of great rides and atmosphere. We think Radiator Springs Racers is the best ride of any Disney Park (in USA anyways). Too exhausted from all the park time and the time difference to make World of Color and wasn’t too sure how all the standing would work with DD5 even though we did get a Fast pass for it. Not really a dessert party person but think this one might be one of the few that is “worth it”.

Would love to make it back out that way and maybe combine with more SoCal/San Diego stuff. The West coast definitely has more good weather months than Florida.

Searching the forums for MM Early Access discussion and this is the best thread I could find - how does it hold up after 3 years? Here’s the Crowd Levels / hours for our days: 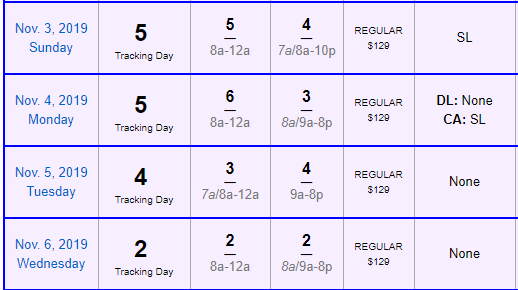 Staying offsite so we get ONE MM - it’s a given to do that at DL for the slow loading non FP rides like PPF, AiW, Nemo, etc, right? So that means Tuesday 11-5 for DLR Fantasyland / Tomorrowland.

So the question then becomes to do DCA Sunday or Monday? Sunday is MM for DCA that I wouldn’t have access to. My gut would tell me to NOT go to DCA on a day like this since a large number of people will already be there when we can finally get in. I also read someone say in another thread to avoid DL on Mondays as many people start their trips that day and it can be more crowded - still true?

So that means:
Sunday - DLR - Adventureland / Frontierland / CC / whatever FPs we can get with MaxPass / Fantasmic!
Monday - DCA (no late night)
Tuesday - DLR - MM Early Access - Fantasyland / Tomorrowland / keep hammering those FPs / hop over to DCA for World of Color at night
Wednesday - flexible, hop between DLR / DCA cleaning up anything missed & reriding favorites. Fireworks at night (my wife’s conference at the convention center starts today so she’ll miss the late night stuff - I’m assuming F! and WoC are the ones for her not to miss?)

Immediate flaw spotted in my own plan - Sunday is the only day DCA is open late, so I’m assuming that’s our only chance at WoC. No biggie, we’ll just flex a bit and head on over there in the evening, while saving F! for Tuesday.

Since only those that are staying at the resort properties are the only ones who can access ee at DCA, the crowds ahead of you will be minimal, and should not be a factor in your decision.