What should I cut from Epcot?

I have an afternoon allotted in Epcot to enjoy the shows and Festival of the Holiday characters, but I am limited on time a bit by a 6:00 dinner reservation in Disney Springs. I originally thought that we would like to see:

Touring plans is saying this is impossible though and I’d have to cut about 4 of the 7 items listed.

I’ll toss out the Short Film Festival, but I’m having a hard time cutting any of the others.

Of the items on this list I’ve ONLY ever seen Impressions, so I don’t know the quality of the others. Can you guys help me rank them or suggest ones that aren’t as good? Or should I try to move our dinner reservation a bit later so we can catch a few more things?

The U.K. Father Christmas is just bizarre, if it’s the same as when we were there! I have never heard of a green version, he wears the normal red suit throughout the country.

I think the issue is the timing of the appearances. For me, Breanna in Italy and the Norway one were the best, plus Voices of Liberty.

Can you publish your plan so we can see what it’s saying? Starting at 11am, it seems like you should be able to see all that, despite the timings not being wholly conducive to an easy schedule. I’d be interested to see why TP thinks it’s not possible.

I’d move the dinner res!
Just a guess, but I bet you can find a snack in WS if you get hungry.

I should have stated the times! Our morning is full of mostly Future World stuff so we are eating lunch around 12:45 and then beginning WS activities after that. Right now I have us leaving the park by 4 to have time to change before dinner in Disney Springs, but I could extend that a bit probably. But you are right, it’s just the timing of the shows that are making it difficult to see very many. Maybe we can watch parts of a few different Festival of the Holidays characters instead of watching the whole performance.

Oh, and I’ll have to check out Norway’s character! Thanks for the heads up on that.

The U.K. Father Christmas is just bizarre, if it’s the same as when we were there! I have never heard of a green version, he wears the normal red suit throughout the country.

Father Christmas USED to be portrayed in green, many moons ago. The change to red is more recent. 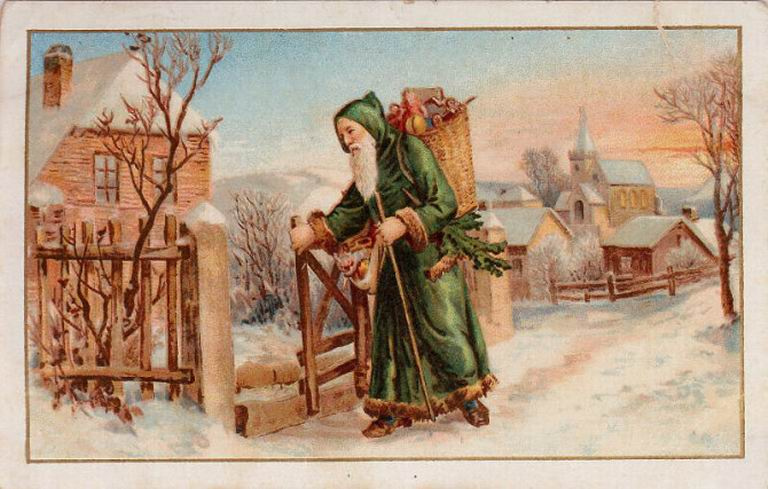 I watched You Tube videos of the various storytellers, to see what they were like before our trip last Dec. Glad I did! We had limited time, so I could skip some of them or just catch a short part while passing by, and not wonder what I was missing out on. I made sure we had time to catch at least a part of the ones I really wanted to see. We were adults only.