If I want to have a quick meal at Contempo Cafe before an afternoon start at MK, can we take our resort bus from Coronado to MK, and walk from the bus loop to the CR?

Yes. Haven’t done it, but estimates are about 10 minute walk, give or take.

You’ll need to factor in the security check. Leaving the bus loop you will need to go through security before getting to the pathway to the Contemporary.

And walking back, there is a security check on the path.

But… why? Why do they check people who aren’t going into a park? Maybe I’ll just uber.

We did it in June and there is no security check going from MK buses to CR, but coming from CR to MK by walk way there is. I can’t tell you how long of a walk it is because we were both on ECVs.

The walk is longer when you misread the signs, or so a friend told me.

Disney food blog just posted a bit today about the updated walkway progress. I asked in the comments of it’s still possible to get from the buses to the walkway without going through security, so I’ll let you kniw what they say.

Because the security point is immediately at the exit from the bus loop, to avoid clogging up the area in front of the turnstiles.

You have to exit the bus loop, go through security and then keep right and turn right at the path.

The only way to avoid it is to double back through the bus loop and along the road until you can join the path - either at the crossing or by jumping the barriers. They take a dim view of that though!

The walkway that’s being updated is the one that will go to the GF, on the other side! Beside the monorail.

I think you will get an answer for that walkway if you ask about the “walkway updates”.

The walkway to the Contemporary is right beside the bus loop.

So ther is then a way to slip by to the park without going through security???

By heading for theContemporary pathway and then changing direction and heading left. Security on the walkway is, or was, further back, before the throngs joining from buses and boats.

I recalled as @joefishing209 is stating. But upon closer inspection in AprilI found what you are saying to be correct. I took two photos to show where the checkpoint is and where the path to Contemporary is. It definitely feels like you wouldn’t need to clear security but you actually do: 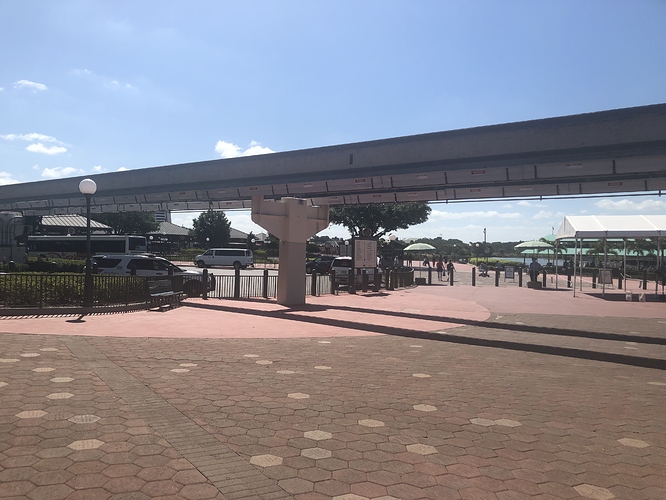 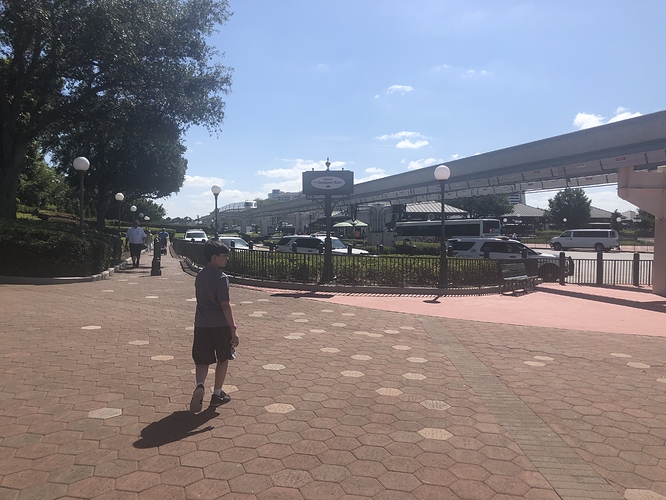 The security checkpoint is further off to the right in these photos than one might recall. But you can’t access the path without going through it.

They’re actually ripping up all of the old red bricks along the Contemporary path and updating the whole thing too. At the moment folks going to and from CR/BLT are sort of diverted into the road because that area is blocked. The approach from the resorts is already done, and from what I can tell from photos it looks like the temporary barrier between the temp path and the road would be very difficult to jump.

Well I’m glad I know. Thanks everyone for being brilliant, as always.

The blogsters confirmed this is still the case as of yesterday. I’m thinking Uber probably is your best bet… at least it will be that much faster.

Thanks for checking on that.

Now that I think better we scooted down the road on the other side of the fence then got on the path after security going to CR.