Hello. I’m working on a plan for IOA, but am so confused as to whether or not virtual lines will be an option the week of April 11th???

I believe a recent discussion said maybe Race through NY could have one (non express) but nothing else has had a virtual line.

My touring plan has Hagrid’s with a possible virtual line?

Not sure why it’s an option in your touring plan. Hagrid’s hasn’t used VL since last summer when Universal started testing a new system through an external site, and not through the app.

I personally think that Universal ditched the system entirely because they could never master it, but no one really seems to know.

If it would happen to restart, it will tell you on the Hagrid’s attraction page. You would access here for a spot: Virtual Line or scan the QR code at the attraction entrance.

But, the Tapu VL wristband system does work great at Volcano Bay.

To confirm what everyone else is saying…

Universal hasn’t used VL in a long time and really has no plans to do it again. Maybe if it’s super packed this summer or at Thanksgiving/Christmas they’ll give it another go, but not for an more average/busy day.

Fallon always claims to have one, but I haven’t seen it an a long time either. They may use the “color card” system when you enter, but you don’t have to do anything in advance.

(Color Cards = You enter the attraction and are given a card. Then you’ll wait in the preshow area enjoying acts like Hashtag the Panda or the Ragtime Guys until your “color” is called.)

Just listened to a podcast dated 4/12. Seth Kubersky came on and said that the VL used for Fast and Furious and Jimmy Fallen is gone for good. He was still unsure if Hagrid’s would use it again though. Possibly not.

Was it an Unofficial Universal update? 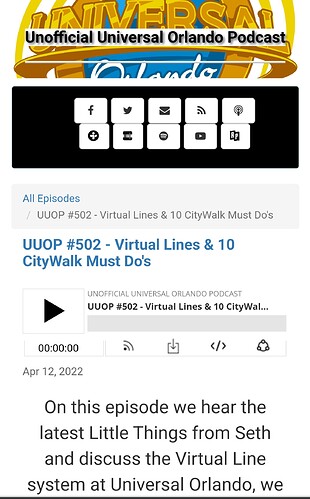 I can attest that they were gone. Fallon use to have a placard out front “warning” to check if a virtual queue was needed. When I went recently that was gone . (I don’t think I remember there even being more than a 20 minute posted wait the whole week!

Just an update on the VL web link I previously shared here that was used for The Mummy and Hagrid’s, it is totally off line now: 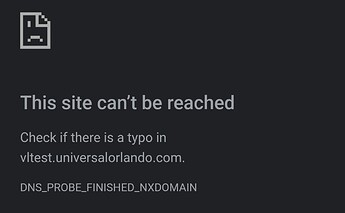 Well yeah, it was a test!

I don’t think VL is gone but it’s not going to be used much.

The VL test site was used for Hagrid’s and The Mummy for a time. It wasn’t used at all for nearly a year.

Seth Kubersky doesn’t expect either to return. I’m not sure what attraction you think the VL may be used for in the future Joe?

Thanks for the update!