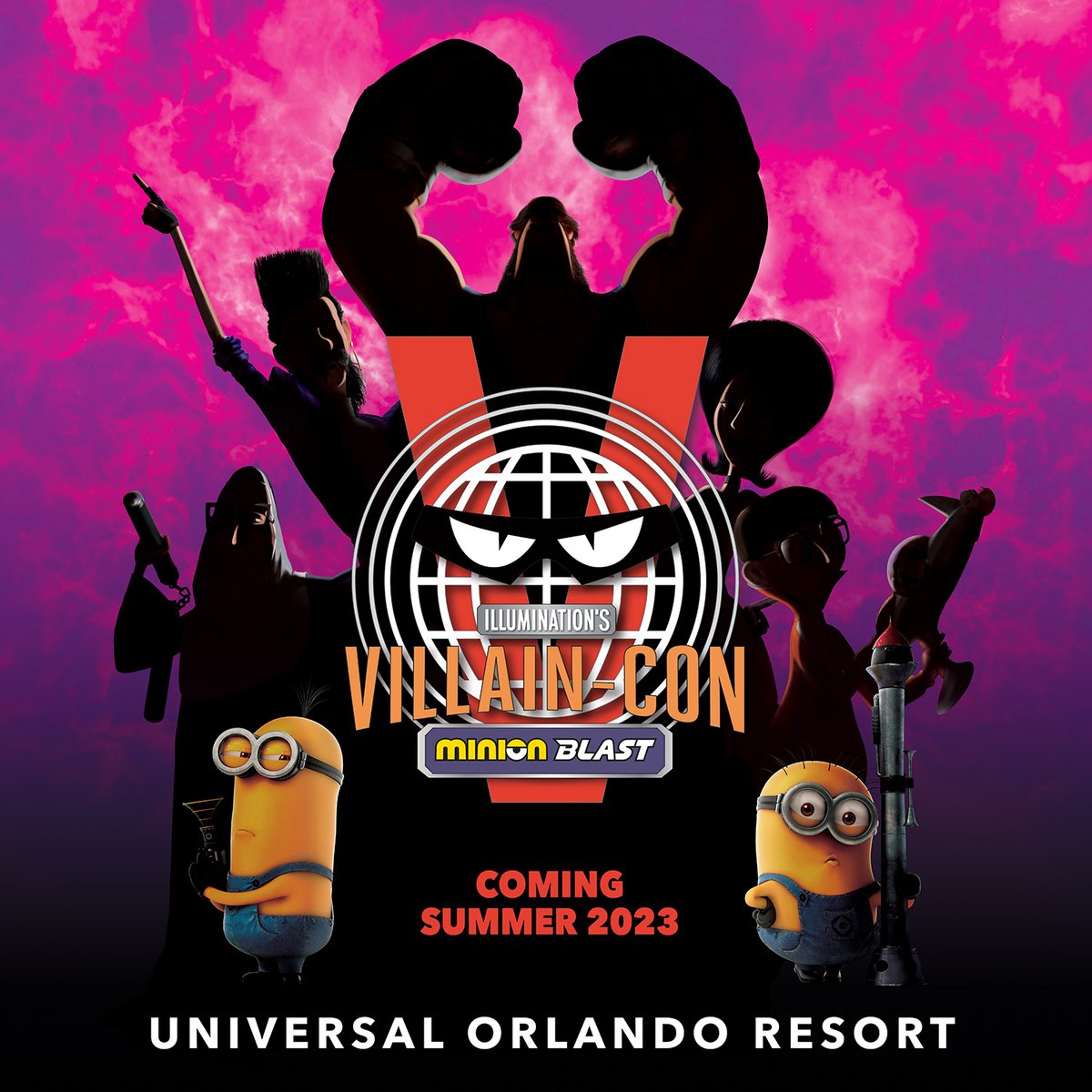 Villain-Con Minion Blast combines innovative screen technology, state-of-the-art gaming interactivity and elaborate physical sets to create a one-of-a-kind, game-based adventure where guests encounter immersive environments, nefarious villains and tons of mischievous Minions from Illumination’s films in a whole new way. The world-class attraction transports guests to Villain-Con – the biggest criminal convention on the planet – to take part in an epic competition to see if they have what it takes to become the newest member of The Vicious 6, a notorious group of supervillains from the hit film, “Minions: The Rise of Gru.” Guests who are up for the challenge will grab an interactive blaster and step onto a motion-based pathway to put their skills to the test. They’ll wind and glide through various scenes where they earn points by blasting a variety of items and causing as much mayhem and destruction as possible. It’s a unique, mischief-filled experience that’s so much fun, it’s a crime. 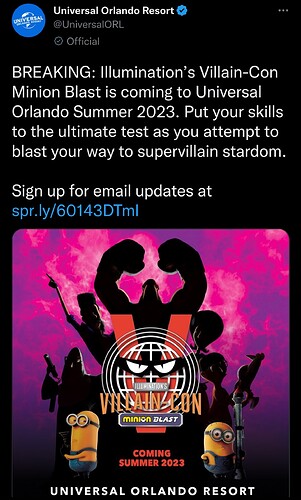 So this is a ride? Sounded like Comic Con!

Its a moving walkway that you stand on and shoot. 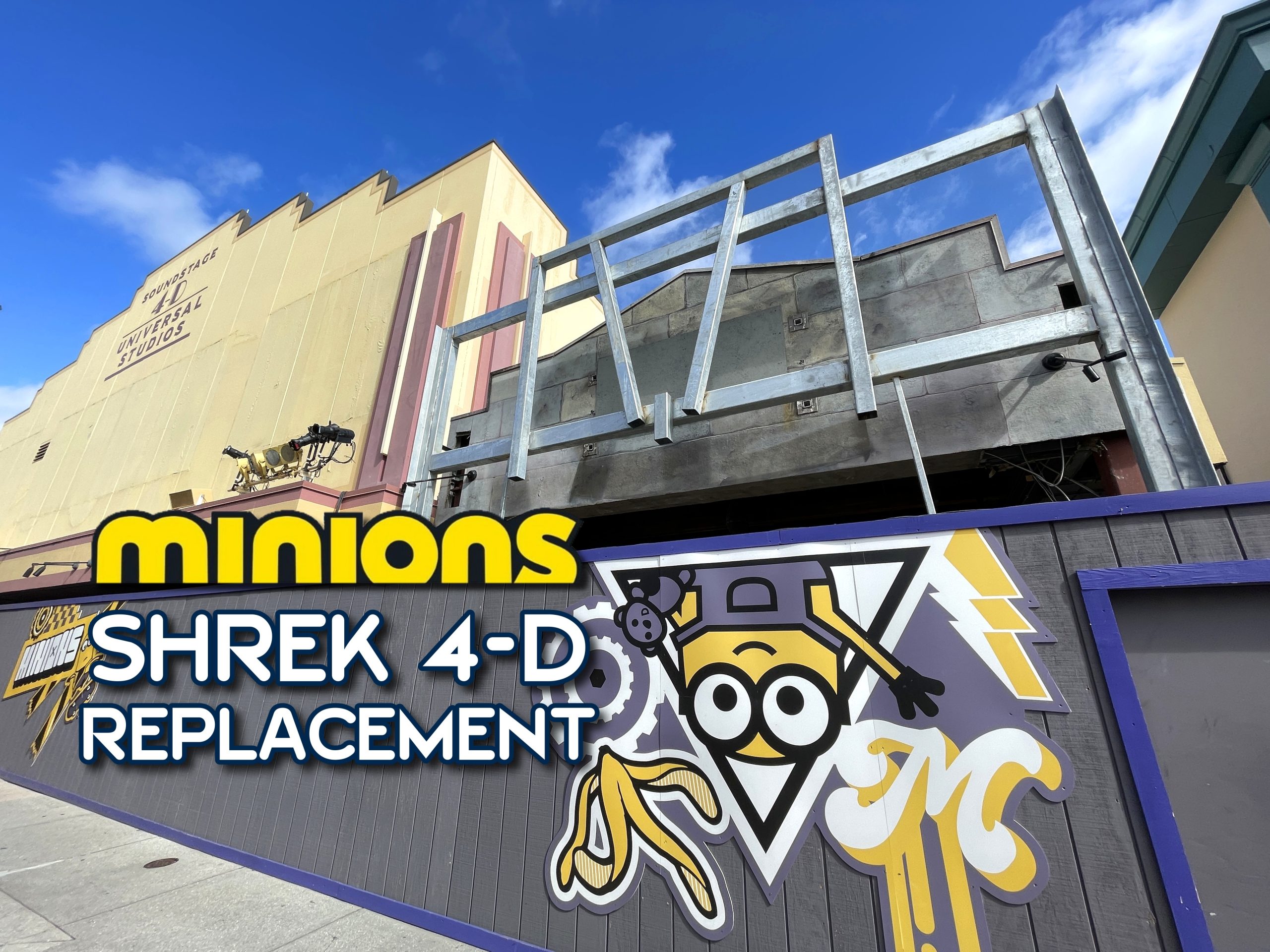 Everything We Know About Minions Villain-Con Replacing Shrek 4-D at Universal...

The Shrek 4-D replacement at Universal Orlando has not yet been announced, but is expected to open in 2023 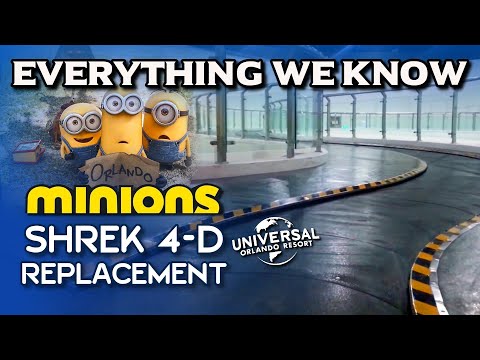 Cool. Can totally see myself or my kids getting hurt while focusing on screens. See enough fails on airport moving walkways!!!

After adding the Minions Cafe, the whole area will be called “Minion Land on Illumination Avenue”.

I wonder how they will keep people from walking backwards and causing backups? If it’s a shooting game, lots of people will try to stay on as long as possible.

I mean my teenagers already do this just for fun at the mall on escalators…and there is no shooting or title to be won.

I’m envisioning you will lean on/get support from a hand rail, which is attached to the moving walkway.

And probably strict instructions to stay in place.

Maybe the weapon is secured to the walkway. So like MIB where you’re sitting behind it and can unholster it from the seat in front, it’ll be like that but just standing instead of sitting.

They could probably also use these to stop the floor from changing under people who may lose there balance.

Maybe the weapon is secured to the walkway

Standing on an attraction after walking all day and standing in line? Sounds fun?

Apart from the typical initial rush for a new attraction, I am (naively?) hoping that the line for this attraction will be fairly minimal and fast moving. It will be super quick to load and unload without seats and straps.
Maybe I will end up disappointed

You have a point there

This seems like an attraction where I will not be able to walk and shoot at the same time. Or, if you are stationary but moving on the walkway, I won’t be able to keep my balance lol. Cue me landing on my face. Or a$$.