Which should I choose?

Volcano Bay will be free to get to because I can walk there from my hotel. But I’ll need to pay for entry, a shocking $80 plus tax. Unless I can get a deal on upgrading my AP to a three-park one.

Typhoon Lagoon will be free to get into (I have a park hopper plus ticket) but I’ll need to Uber there and back from UOR, at a cost of maybe $40.

I’m a solo traveller, so no multi-person rides for me. And I’m not interested in big slides. I want relaxation, lazy rivers, that kind of thing.

If this is for your “budget” trip, I’d do whichever was the cheapest.

Volcano Bay is our favourite water park.
That said, I don’t know if I’d pay extra if it wasn’t included.
Does Krakatoa the water coaster count as a slide you’re not interested in? Because that’s so much fun!
Both the fast and slow rivers are good.

I rate Blizzard Beach over Typhoon Lagoon though. I wonder if it’s closed since it’s not an option you’re considering.

I didn’t think I was eligible but, according to Orlando Informer, they do take single riders. I would definitely be up for that.

I’m also excited about the fast river and lazy river.

@JenniferB1975’s budgetary point notwithstanding, it would make for a much simpler day, with no Ubering.

I’ll see what they can offer me in terms of upgrading my AP.

I’ve done both and IMHO – Volcano Bay all the way!! (regardless of price or distance)

(I really like TL, but it’s not even my first choice of the two WDW water parks) 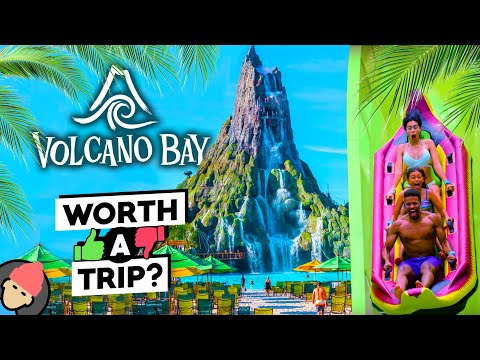 I like both of those water parks. There are two lazy rivers at Volcano Bay and only one as typhoon lagoon but the surf pool at Typhoon Lagoon is better. They are both well themed. If you were gonna do more rides I’d say VB but if you’re not and are just looking for lazy river and wave pool time I wouldn’t pay more for VB

Also unlike the others above I prefer Typhoon Lagoon to BB. For me it’s VB > TL > BB

I have not been to TL, but can give you some details on our visit to Volcano Bay in March. It’s a really beautifully themed park with all the plants and trees.

Set up your mobile wallet ahead of time. Then when you get to VB they will link your ticket to your Tapu wristband they provide and you’re good to go. Besides the virtual line, you can use the wristband to open your locker, purchase food and drink, rent a towel.

We got pizza at Whakawaiwai, which was surprisingly very good compared to most pizza in the parks. DW’s favorite alcoholic drink of our whole trip came from VB.

The Fearless River was the family favorite. We must have spent 2 hours in there total on and off. It was early March and the air temperature was around 73 degrees. The water in the river was 87 degrees if I recall and was just so nice. The Fearless River is swift, so you wear a life vest and float that way. We did not try the slower lazy river with the tubes.

We did most of the slides and really enjoyed Volcano Bay. 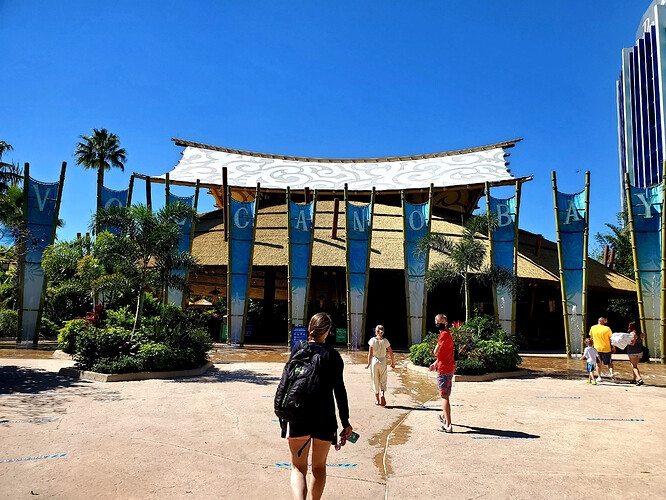 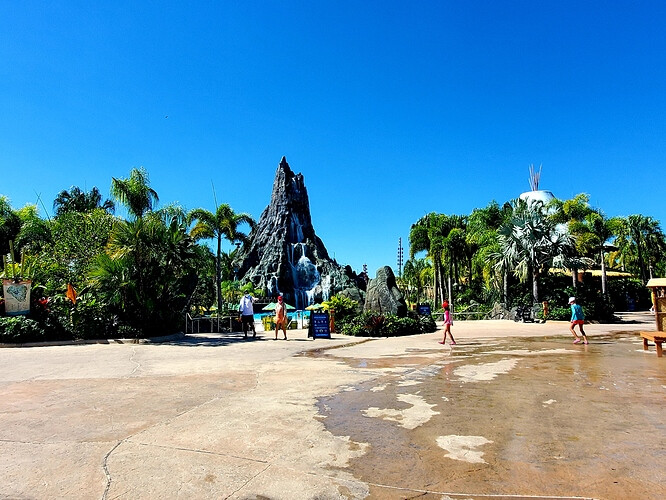 That’s my order too.