Any interest in a post-trip report on our three day trip to Disneyland?

I did a trip report last winter on the trip my kiddos and I took to WDW and love looking back at it. Hope that you guys enjoy reading about our LEFT coast adventure!

Included: Me, Son 10, Daughters 9 and 6. All are GREAT walkers, love all the rides (fast and nostalgic) and all the snacks.

We stayed at Wyndham Garden Anaheim, it was an 11-14 min walk to security depending on traffic lights and our speed (medium-fast to very fast). We loved the hotel. Being alone iwth the kids, I wanted inside doors and a pool. Hotel staff was extremely friendly, rooms were very clean, nice sized fridge (very cold!) and microwave in all rooms. Starbucks in the lobby!!! We were upgraded to a room with a pull out couch which was extra nice.

I rented a car at LAX and drove to the beach for the afternoon and then we continued onto Anaheim. I made a target stop, but I wish I had just had groceries delivered. The Budget return center was about 2 blocks from our hotel. We reversed this process on the way home. Driving was not a big deal, especially since we could use the carpool lane!! 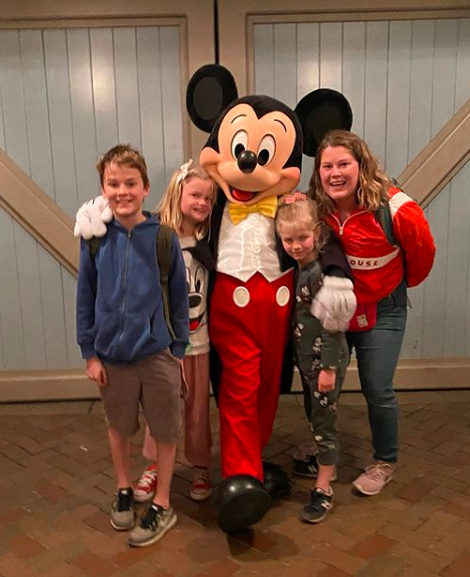 I hope it is OK to post this trip report, being at DisneyLAND, but I learned a lot while I was there and hope I can help others making this trip!

I am interested in it all. I know a good bit about the world, but looking to go to DL in Aug of 2021.

I don’t think DLR gets nearly enough love or trip reports on here so I would LOVE to hear more about your adventures!!! I am DLR regular and I love to hear people impressions about our little park.

If you have any questions, ask away!

Started out with a trip to InNOut just like any good trip to Cali should! 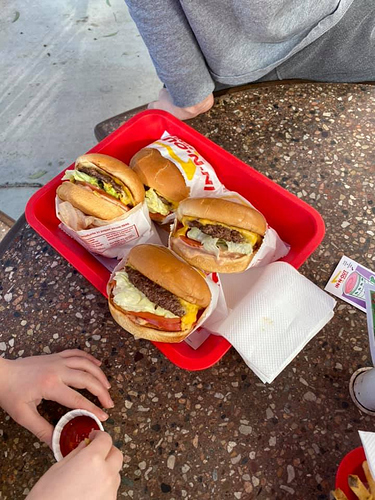 The beach was lovely, not many shells, but lots of sand and trails to hike on. We spent a few hours there exploring and then rushed back to get the car returned on time. 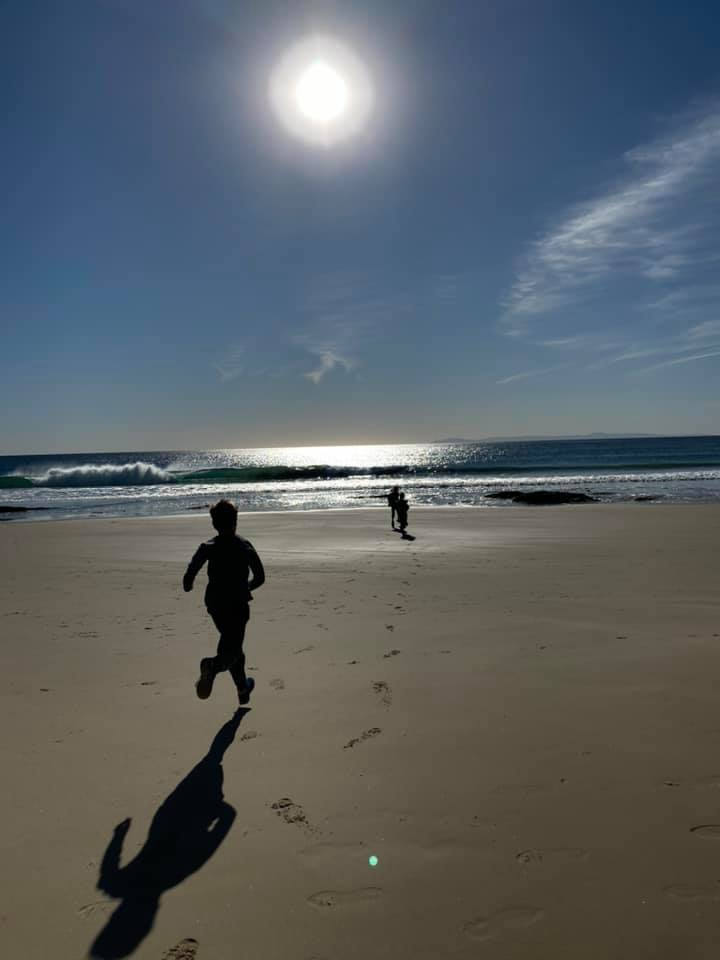 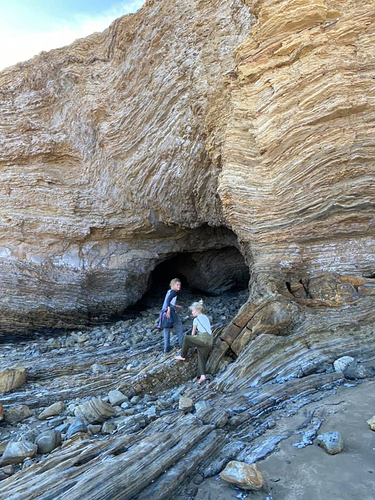 Park opening for Wednesday was at 9, and I knew we wanted a boarding pass for Rise, so I planned on us leaving at 7:15. Well, my kids were up at 5:30 (thank you time change) so I think we left around 7:00. We were quite close to the front of the gate, they let us into the part around 8:30, (I pulled a space mtn max pass right away) and we waited at the statue of walt and mickey until 8:55 and then they let us into the park. My plan was to head to Peter Pan and wait at the front of the queue until 9:00 and then enter into the line, but it was down, as was matterhorn, so we ended up on Alice. I watched time.gov until 8:59:50 and then opened the app, counted down and clicked on my status and then get boarding pass. We were in group 52. I used this same plan on Friday and got group 15! (I used my data, not wifi). The crowds were insane at the gate and main street, but the rest of the park wasn’t bad at all. I think that all of the locals go home until their pass is called, or everyone heads to Star Wars Land first thing. 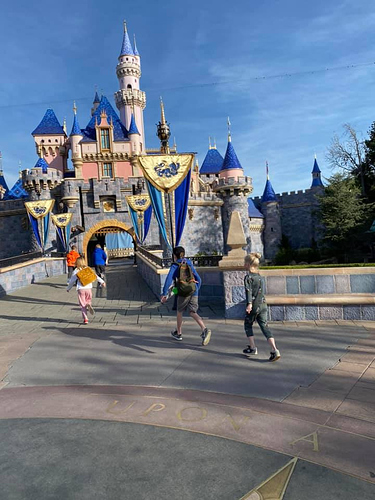 That morning we did Alice, Matterhorn, Space, Autopia, Jungle Cruise and rode in the nose of the monorail. I felt like I wasn’t in a good rythmn and we were bouncing around the park a bit too much, but we got a fair amount done. 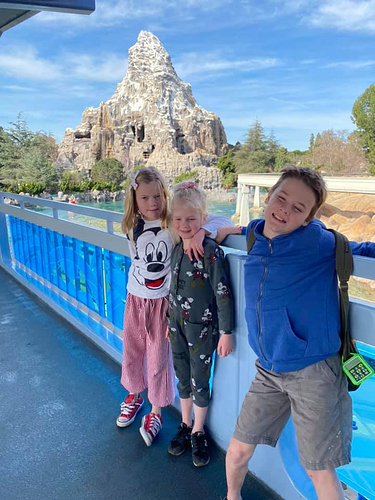 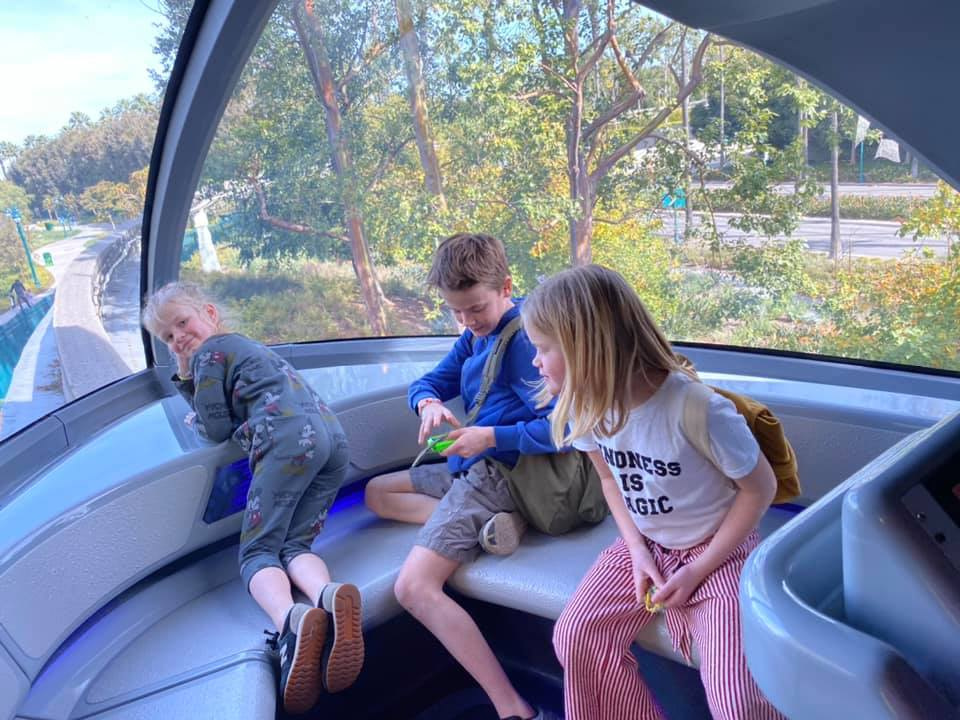 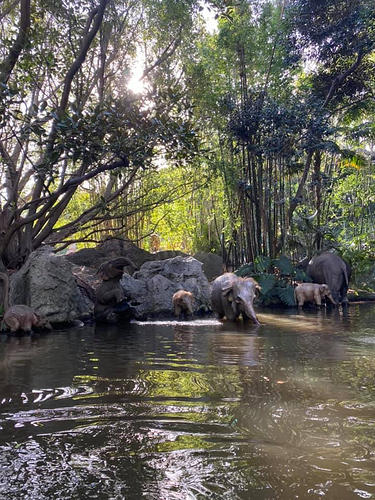 We had lunch at Bengal Barbeque and after doing our fastpass for Big Thunder Mtn, our boarding group was called- we headed back to batuu and pretty much walked through the whole queue for Rise. LOVED it. My 9 year old was in tears during it- “mom they are going to kill us all.” But she did admit to loving it afterwards. 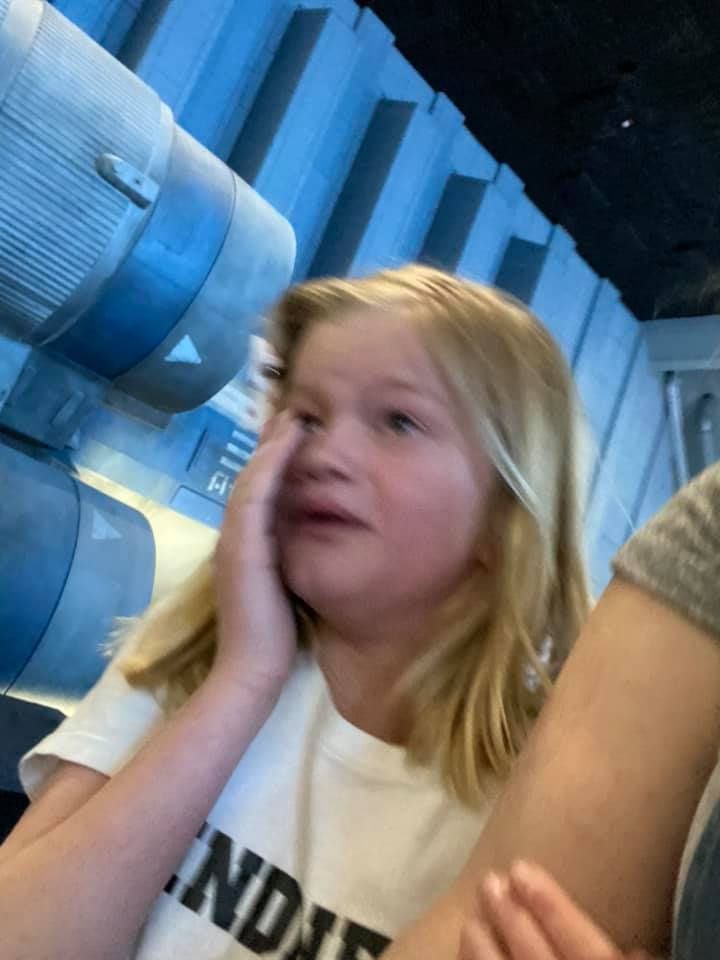 We also LOVED that r2d2 was rolling around batuu with some citizens of batuu and giving messages to relay to chewie and rey, should we see them. 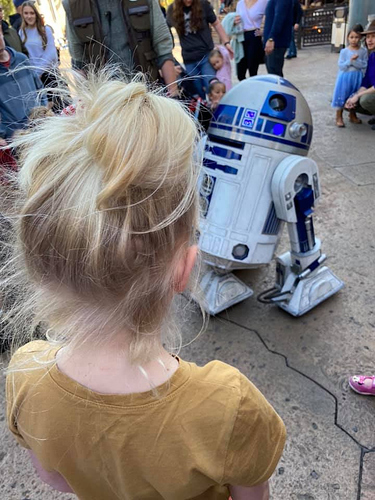 Afterwards, we waited probably about 30 mins for Smuggler’s Run. My girls were given the pilot cards, but I swapped them with a couple who looked thrilled to be there for their engineer cards. I knew they wouldn’t know the difference! My son was very excited to be a gunner. 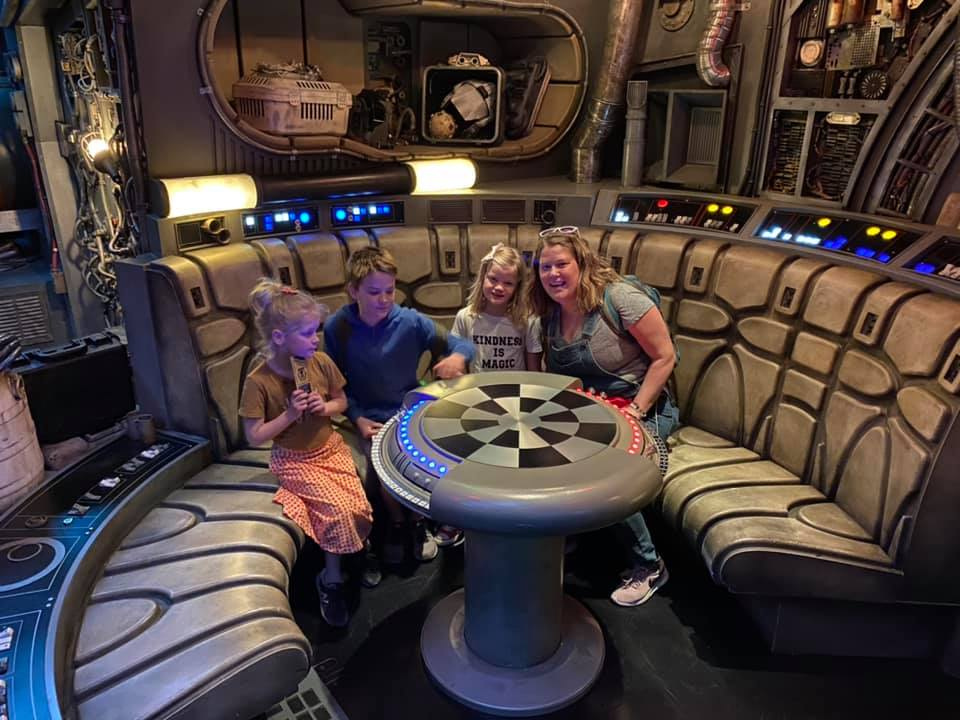 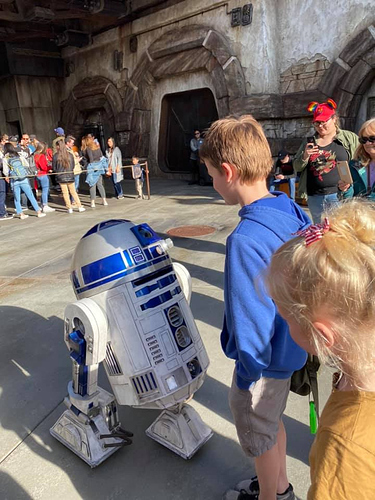 We LOVED IT!!! Loved the characters wandering, the cast memebers were SO warm and welcoming and the ambiance of Fantasyland esp (even with the construction walls!).

I especially love our fantasy land. I have never been a fan of the circus, so the fantasy land in WDW didn’t do it for me. The one exception was the Rapunzel bathrooms. That was very cool and rivals our Alice themed bathrooms.

Yes! We used those multiple times, and my kids had to tell me all each time, which card they used. They loved it!!
I do think that the Rapunzel bathrooms win for best of all disney though!

Thanks for sharing…What a sweet family…love to read comparisons of DLR and WDW…I’ve lived in CA all my life and for 45 years only 25 mins from DLR. Well, for most of those years, it was just DL. Can tell you aren’t from the state when you used the term “Cali”…lol

Do you know what is being constructed or refurbished in Fantasyland?

True, the Bavarian theming at DL’s Fantasyland is so well designed and quaint. I love the little carved chipmunks on the columns in the line of Snow White to the interior detail of Mr. Toad. I remember when this re-theming debuted in 1983. To be honest, when I visit WDW MK, I can never figure out the theming of its Fantasyland. I never thought of it as a circus theme…It just comes off so cardboard-y and flat. I always remember my first visit to MK. We were looking for IASW and literally went right passed it…No beautiful White Castle in the distance to draw you in. Just an uninviting cardboard cave…

What beach did you visit?

I’ve seen pictures on Micechat of the carousel behind scrims. Also they are updating Snow White to make it less scary and have more Snow White and a happier ending.

UGH! Snow White is suppose to be scary! If you ever read the original story, Walt whitewashed it already. I remember when our kids were very little, we rode Snow White for the first time. I think our DD was 3 and our DS was 8-10 mos. They loved it…laughed and giggled because mom and dad were laughing… Our friends, who accompanied us, had two small kids who refused to go on because the parents told them it was scary and got them apprehensive even before they saw the entrance…Hate to see it change…

We went to crystal cover state park, part of Newport Beach. It was lovely!

The carousel was the most obvious scrim, blocked the sight line of the land. From dumbo it looks like they have the whole thing taken apart!

Continuing on with our afternoon- We had maxpasses for Indy (did NOT love- I know it’s a fave of lots of people there, but I also don’t like dinosaur, so that probably has something to do with it!), Big Thunder Mtn again (this version is better than WDW), got dole whips and went to the tiki room… 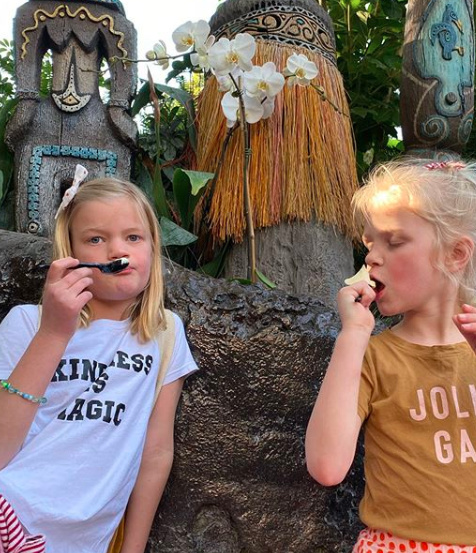 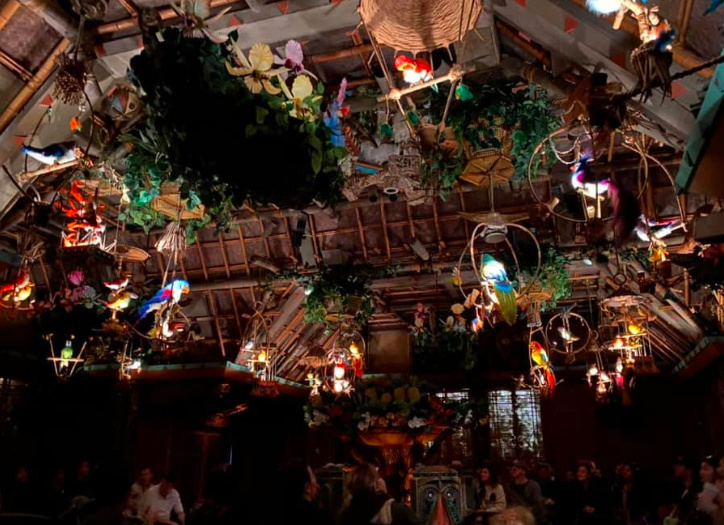 Then we had a maxpass for small world and then matterhorn. We requested the left side after my youngest had be en talking to the castmember telling him it was her favorite ride. We ended up getting pulled out of the car just as it was about to run, and the ride didn’t start back up in the 5 mins we waited. We asked for the FP to be put back ON our passes, and he put two on for us! Since we were tired, hadn’t eaten yet and knew we had a few days to go, I stopped at guest services and asked if they could move them to tomorrow at DCA. They did without a problem! 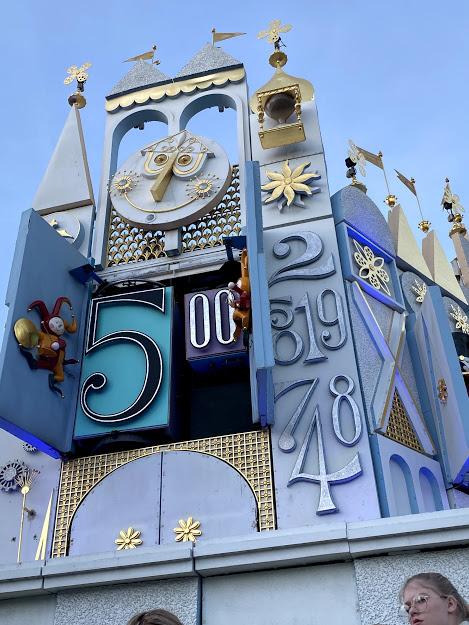 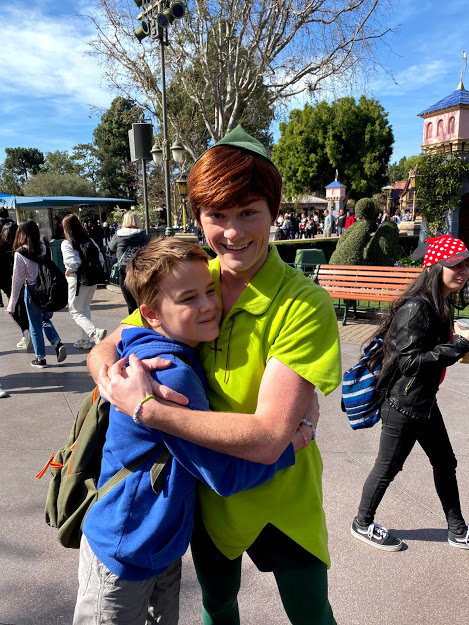 Oh! We also went to the Royal Theater to see Beauty and the Beast. This is something that I hadn’t read much about, but we happened upon. My 10yearold son was rolling his eyes as we went in, but was belly laughing during the show! We all agreed on day 2 that we needed to see the Tangled show!!

On our way out, we saw Goofy who is my middle’s fave character. We stopped and visited with him for a good amount of time, HUGE hugs and he LOVED the bracelet she had made him with his name on it. When he was walking back for his break, he grabbed her hand and had a special moment with her. 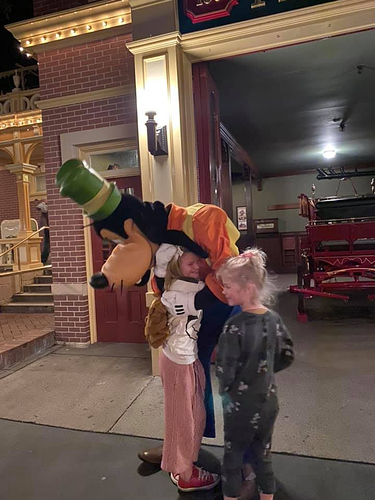 We also saw Mickey on our way out that night! 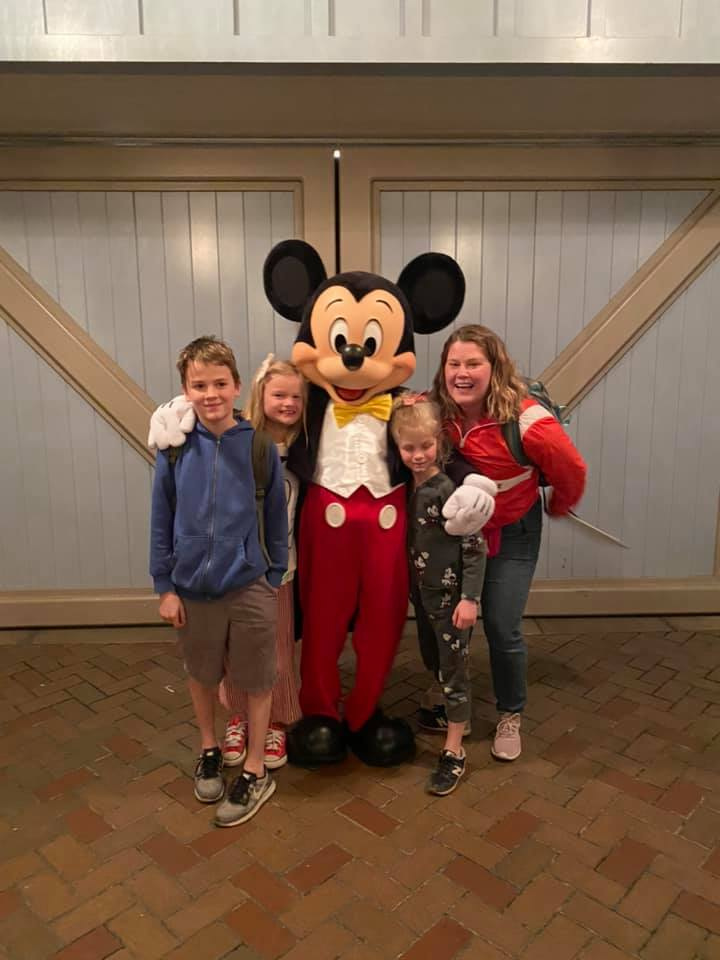 I couldn’t get over how many characters we saw and how easy it was to have time iwth them. I feel like at WDW, we never meet them because it is so much waiting for a 15 second picture. Here all of our meets were a few minutes long and seemed more genuine.

On the way out, we grabbed pizza from Pizza Press across the street and took it back to the hotel to eat while everyone took turns showering. By the time I was out of the shower, all of my kids were fast asleep!!

Day 2! We went to California Adventure today. We did have one day of Early Mornings on our tickets, but I had read that they were pretty crowded and knew we’d have plenty of time at DL with two days planned, so I decided to go opposite days of early mornings to the parks. (Day 2 was a Thursday).

Park opened at 9am, and I think we got there around 8? For rope drop. WAY too early for DCA! We had plenty of time, the lines on our side were about 4 people deep while the DL lines were almost reaching us! Everyone seemed to be going for their boarding passes and then hopping over.

They let us in early and let us go to a ride to wait for official rope drop. We went to Soarin first and I grabbed a max pass for Midway Mania right away. We love this ride at Ecpot and this didn’t disappoint, they only filled up B1 and we were off! 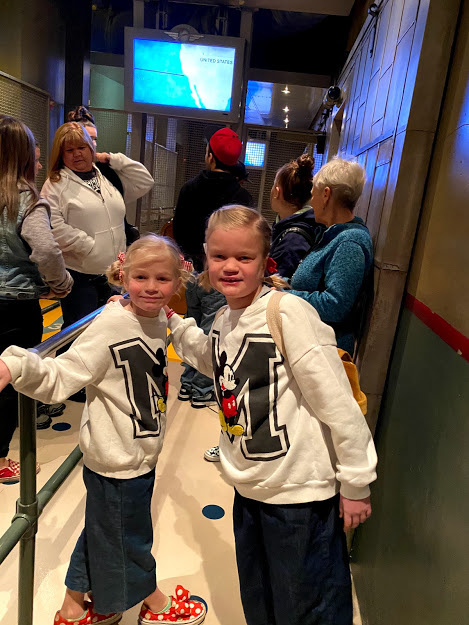 After Soarin, we went to Midway Mania to use our Maxpass, it was down. I grabbed a fastpass for Incredicoaster to use immediately and we did that instead. Kids loved it! I think I actually grabbed another for IC to use again. After the two rides, Midway Mania was open and we used our fast pass for that next! We have never been to HS so my kids loved this as well. 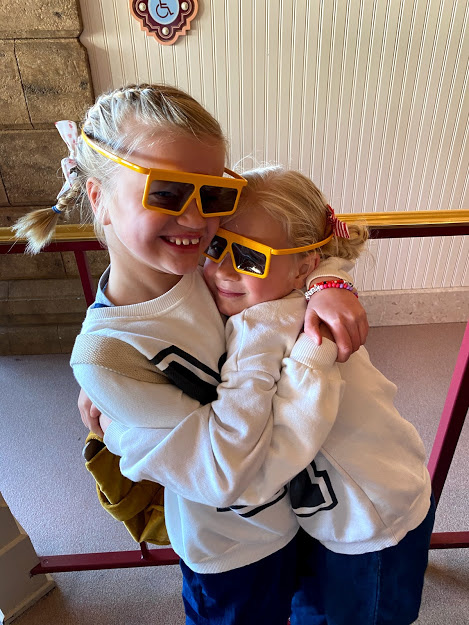 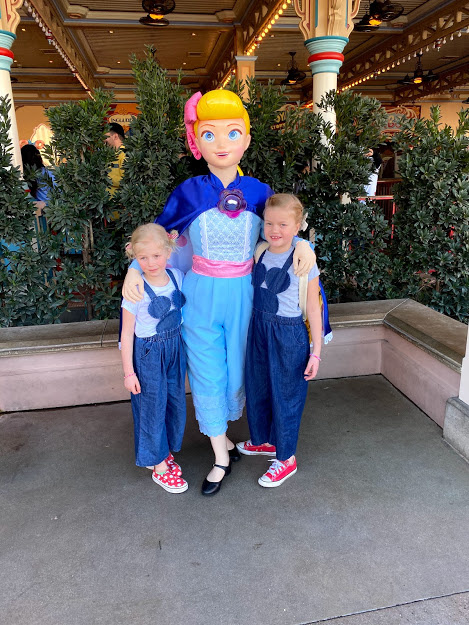 After this we worked our way around Pixar Pier, did Jessie’s Carousel, Mickey’s fun wheel (non-swinging for this mama), the inside out ride, the Zephyr, and goofy’s ski school- also SO cute. I promised them that we’d come back for the swings eventually. Everything here had a five min wait or less. The inside out balloons were maybe 10 mins? Not worth the wait, but we had plenty of time. By this time it was 11am and all we’d had to eat was a Jack-Jack num num. Time for lunch! We had broughten sandwiches today and a salad. So we found a place to sit and eat! 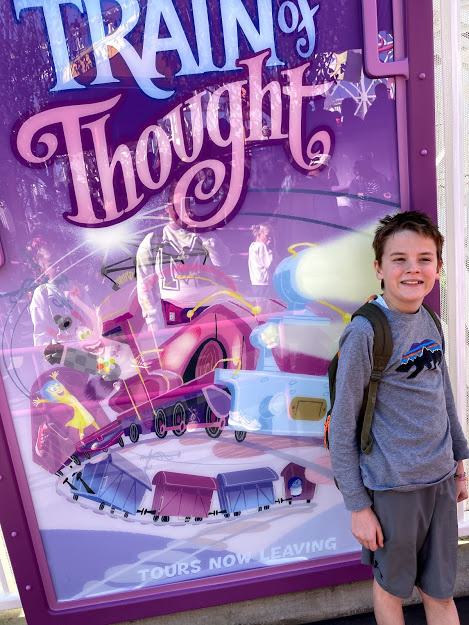 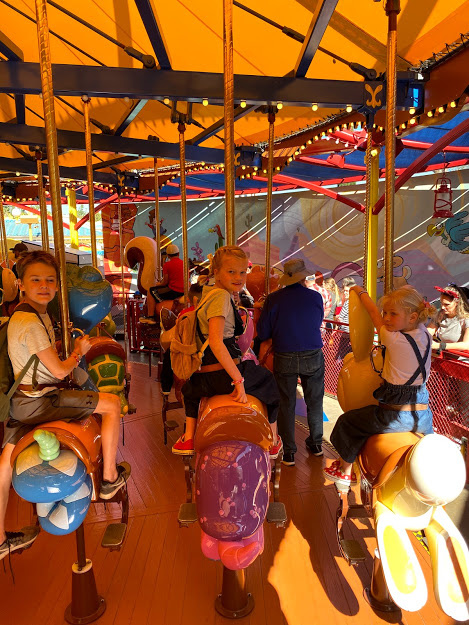 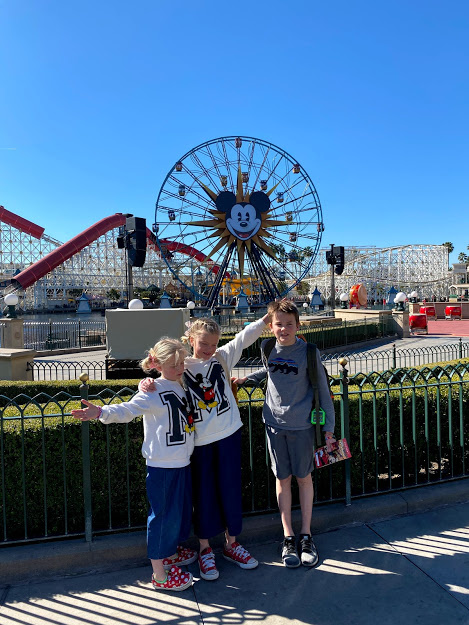