Well, we’re here! We is myself, DH, DS9, DD6, DS3 and my in-laws, who are joining us for the first few days. We were last here with my parents in 2016 when I the kids were 6, 3, and 7 months so this time promises to be easier, though we JUST potty trained the 3 year old and so we are stopping a LOT. The title of this review is no joke…The only way he is motivated to do #2 is by getting to watch a video of the Haunted Mansion afterward. Disney potty trained my kid, and I think they need buttons to celebrate that because, let’s face it, everyone has birthdays and first visits but not everyone learns to use the commode because of the dancing ballroom ghosts.

Flew in yesterday and staying at AOA. Magic bands didn’t open our doors right away, which was an issue, but otherwise a smooth day of travel. We are in a Cars suite, which was assigned us on some deal we got a few months ago where you could get $350 off if you let them pick the room. My kids have never seen Cars but it’s close to the Skyliner and a quick trip to the buses so we are elated. Theming is very cute and I forgot how big and nice the master bath shower is.

Ate at the food court last night. Everyone pretty happy with their dinners. We always get groceries delivered, so we put the kiddos to bed early, sent the in-laws back to the Caribbean Beach, and drank some Sam Adams in bed while we watched the Super Bowl.

Today is Epcot and we are about to head back into the park after our midday break. More later!

There should totally be potty training badges!!! Hope you have a wonderful vacation!!!

It did one of mine too! There really should be buttons!!

I’m thinking if you ask, I bet you’ll find a CM that will make one for you

I need to write down the haunted mansion video somewhere so I remember it in a year or so when I am potty training again.

Here too. Nothing worked with our youngest. He was half trained, but couldn’t get him to do both in the toilet. I told him he couldn’t go to Disney until he potty trained. All of a sudden he was interested. Yippee! Disney should make a commercial about this as a reason to go. It would be hilarious. 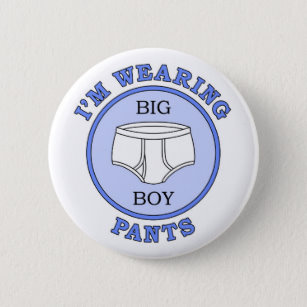 In case Guest Services doesn’t have your back.

Love that so many of you are right along with me! I keep waiting for him to tell a character all about his bathroom habits.

So today was Epcot. We had a 8:35 reservation at Garden Grill that I just couldn’t get an earlier time for. I told my husband I thought they’d seat us early so we could hit rides right at 9:00 but he was a major doubter. We left our room at the AoA right at 7:30 and a bus came almost instantly for us. Since the park didnt open until 9, we were the only ones on the bus. Got through security fairly quickly and then had to wait for all the dining reservations to scan in. We got to Epcot around 7:55 and were out of the line around 15 minutes later, getting us to Garden Grill around 8:15. They gave us a pager but we were seated by 8:20. Gave my husband lots of business about this. Garden Grill was even better than I hoped. We did the Beach Club bfast last time and thought that was really good, but this one was better. Loved the family style service, and we all raved about the food. DS9 said it was the best meal of his life, lol. We especially enjoyed the cinnamon roll, tater tots, and sausage. Great character interactions and well timed so we could eat, too! Mickey noticed that DS3 was wearing a shirt that matched him. I though it was cool he noticed this.

Right as we were paying, the surge of Soarin rope droppers came rushing in. I was bummed we didn’t beat them down there, but forgot they come in a few minutes before 9. So, we were the first people on the Land ride at 9:00 and then took a potty break before using our Soarin fast pass at 9:25. We had to rider swap this because DS3 was too short, so my husband took him to the new conservation movie while we rode, and then we took him to a figment while DH took the other kids on Soarin for the swap. Met up at Spaceship Earth for our 10:25 FP and were shocked how long the regular line was! Thanked the Phonecians and then modified our Nemo Fastpass so we could basically walk on that. Spent some time at the aquarium…did not do turtle talk because we did it last time and it was a one and done for us, then headed back to figment where we snatched another Fastpass and walked on that. On the way out, we met Joy which DS3 really wanted to do. He was hilarious with the characters…super big hugs, didn’t want to let go. Even the photopass people were like “wow, he’s a real snuggler.”

At this point it was around 12:30 so we headed to the Skyliner to go back to our hotel for lunch and nap. I looooove the Skyliner but it does stop a lot. Took quite awhile to get back to our room. Ate a quick lunch and I got DS3 down for a nap while DH took the other two around the resort for some play time. Both of us tried to get frozen FP at the drop times we read about (1:31 and 3:31) but no dice. We didn’t see a frozen fp all day, and we looked a LOT!

After nap, we headed to Epcot to meet Anna and Elsa. Posted time was 30 minutes, but the app said more like 50. We only waited maybe 20. Excellent meet and greet…well staged and lots of time and interaction. Again, DS3 stoke the show. Anna asked him to be her royal snuggler. DD6 was terrified of Elsa last time so it was nice to see her give them both the time of day, but she’s growing her bangs out and had her hair all over her face so who knows what those pictures will show, lol.

Went to our dining reservation at San Angel at 5:45. I remember the ambience being a lot better than the food but was pleasantly surprised. Food and drinks were amazing! Service great, too. My FIL raved about his dinner.

From there, we did the 3 Caballeros (basically a walk on) and then split up. DH took the older two kids and my FIL to do the agent P scavenger hunt thing while my MiL and I took DS3 on the frozen ride. Never did get that fast pass, and the posted wait was 60 minutes. I don’t think we waited longer than 40 though. I forgot how cute this ride is, and DS loooooooved it.

Then we met the rest of our party at Mission Space around 8:15. My FIL has called it a night so my MiL sat with DS3 while I did the orange one with DS9 and hubby did the green with DD6. I was nervous because I recently started getting very motion sick on anything that spins. Sat with some nice people who were very encouraging (one gave me her barf bag, lol) but it really wasn’t as bad as I thought. There was a guy tossing his cookies as I left her building, though. DS9 declared it his favorite ride of the day.

We raced over the spaceship earth for one final ride, and then headed to Skyliner to get back to our resort. Despite many, many people, it moved fast and thankfully broke down a lot less.

Overall, we had an amazing day and frozen/Elsa meet and greet were the only things we waited over 5 minutes for. Everyone was super impressed with the fast pass modifying I was doing, so thanks for that!

Tomorrow is a rest day. Having lunch at Saana and checking out the pool. MK on Wednesday! Thanks for reading!