Trying to come up with a more solid plan for our September trip for mom’s birthday since ADR day is approaching. We fly in on an early flight Wednesday morning and I have officially decided to book GFV. I’m thinking lunch at GF Cafe and then relaxing a bit at the hotel before heading into MK for an evening of relaxed touring. Currently MK has evening EMH on Wednesday so I thought we’d take advantage of those. Hopefully the path from GF to MK is done by then and we can walk.

I’m also thinking a lounge would be nice after lunch in the afternoon before park time. It’d be fun to walk over to the Poly and try Trader Sam’s. Will it be appealing to my parents (mid-60s, not big “go out and drink” folks but more “sip wine in front of the chiminea folks”)? Or would the atmosphere of Enchanted Rose be more suitable for us? It’ll be my sister and I (we’re both mid-30s) and my parents on this trip. Sis and I have 6 six between us all under 10 so she’ll definitely appreciate a relaxing atmosphere.

Trader Sam’s is kind of like the Jungle Cruise Skippers set up a bar in the Enchanted Tiki Room. It doesn’t feel like a bar in the afternoon; more like an interactive show where you can purchase really good alcoholic drinks and eats. There is atmospheric music and special effects, loads of hilarious knickknacks around. It can definitely be crowded and it does get loud from all the activity (several of the drinks have a show element that includes sounds), but it is not like a normal bar (at least during the afternoon). You often need to pounce on a seat as soon as it opens up at TS even in the afternoon on the weekend. Mid-week during the less busy times, it’s not such an issue.
Both my parents enjoyed it. They are in their early 60s. My dad rarely drinks; my mother is a teetotaler.
I have only been to Trader Sam’s at the Disneyland Hotel, but I expect the WDW is similar in this respect (both are designated as family-friendly before 8 pm, 21 and up after 8 pm).

I have never been to Enchanted Rose, but from the photos and reviews that I have read, it is definitely more sophisticated that Trader Sam’s. It would certainly be quieter. From what I can tell, it is an upscale lounge with a few touches of Beauty and the Beast around. I’d expect that it would be much easier to get a seat in Enchanted Rose too.

Trader Sams is fun and lively and very very small. There’s hijinks and the CMs are in character.

Enchanted Rose has more “sit and stay a while” spaces though it is very dark and not as quiet as you might imagine.

Here are a few photos. 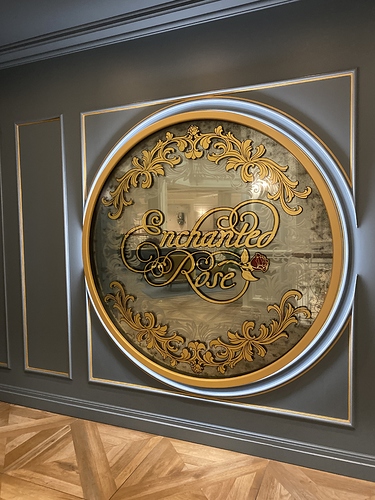 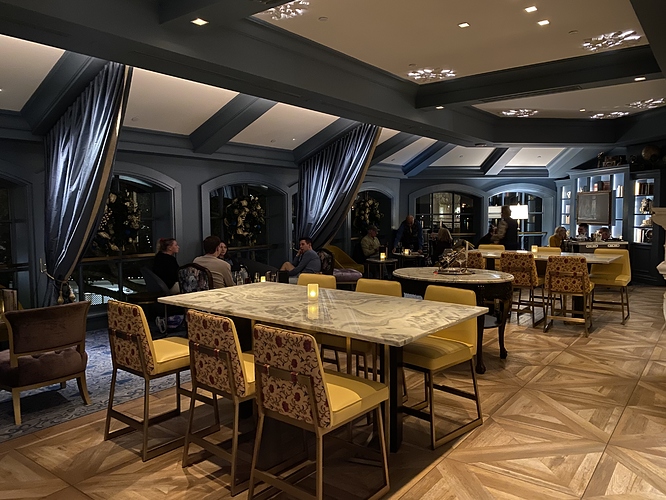 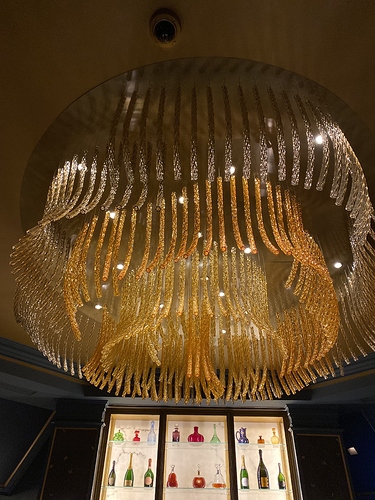 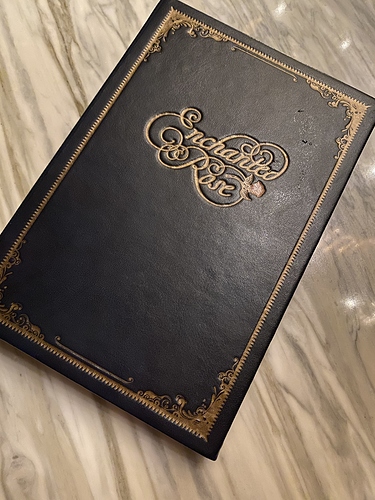 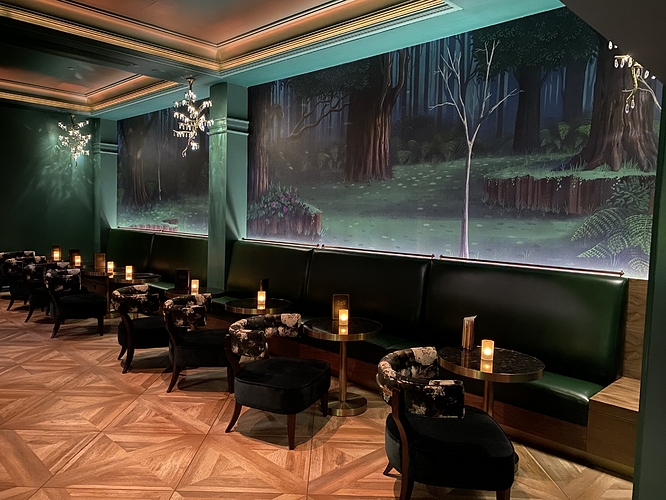 Nice. This is exactly what I’m trying to plan right now for me and my bestie.
We are having afternoon tea and then I’m thinking we can get one drink each at the enchanted Rose, tambu lounge and trader sams before MK after hours.

I’ve never had a lapu lapu OR a dole whip. Maybe I finally will this trip. Has anyone ever mixed the two together??? ::evil laugh::

Are kids allowed in either of these lounges?

Kids are only allowed in Trader Sam’s until ?8pm?

No other lounges besides Jellyrolls have any restrictions of which I am aware.

Kids are allowed at Trader Sam’s until 8 pm according to the WDW’s website.
Atlantic Dance Hall at Boardwalk is 21 and up.
Guests must be 21 and up to enter The Edison (in Disney Springs) after 10 pm.
The Edison is open for lunch and dinner, no age restrictions prior to 10 pm.

there may be more that I am not aware of, maybe other bars in Disney Springs.

and I always forget that the Atlantic Dance Hall even exists

and I always forget that the Atlantic Dance Hall even exists

I do too. I only thought of it because you mentioned Jelly Rolls and I watched a resort tour of BW 2 days ago which covered every spot of the BW.

You can purchase Dole Whip with a rum floater at Pineapple Lanai at the Polynesian.
Trader Sam’s has the Spikey Pineapple which blends “pineapple soft-serve” with Barbancourt Pango Rhum.

Not exactly the same thing as mixing dole whip and lapu lapu though.