The Depiction of a Trip Report

After my last trip I was fairly convinced I wasn’t going back until October of 2021. There’s a variety of reasons, mostly it was because it felt like doing anything was a long wait, no park hopping, and then you’re stuck in the hotel room for a redonkulus amount of time(not to mention the early ending of the trip thanks to my job calling me back). While I’m not a big ride guy, I am a huge “don’t like wasting time” guy, and as such… wasting time in a hotel room and one park was a very tough pill to swallow. The trip was fun…but it felt lacking. And grew in disappointment the more I looked back on it.

But new year; new WDW – and it looks like Disney has fixed the problems(somewhat) and there were other incentives. I can list the reasons if you want, but suffice to say:

Oh and I have some new achievement badges to earn

And what trip would be complete without everyone’s favorite lovable imp: Autocorrect! For those of you new to these reports, first—hi!— second, Autocorrect, or AC for short, is the little adorable gremlin that makes 90% of my posts illegible(I’ll own that other 10%). He has no face, no coporial body, but you’ll notice his presence a lot! So if suddenly you come across a word or words that just don’t make sense in the post, feel free to toss out a greeting to AC! Cause he stopped by, and it’s be rude to ignore him. He’s like our own stitch. But… more annoying.

So c’mon everybody! Here we goooooo!!!

Wait, are you flying out today? I fly out of Philly tomorrow.

Already hungry and as luck would have it, chic-fil -a is open. So…one breakfast please! 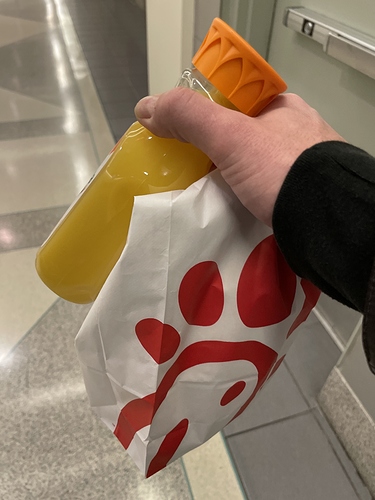 My usual stop also when I have an early flight.

As I’m boppin around PHL, an airport, i realize BSO, a spaceport, needs a sport to sell merch. Like Harry Potter in uso has quidditch. 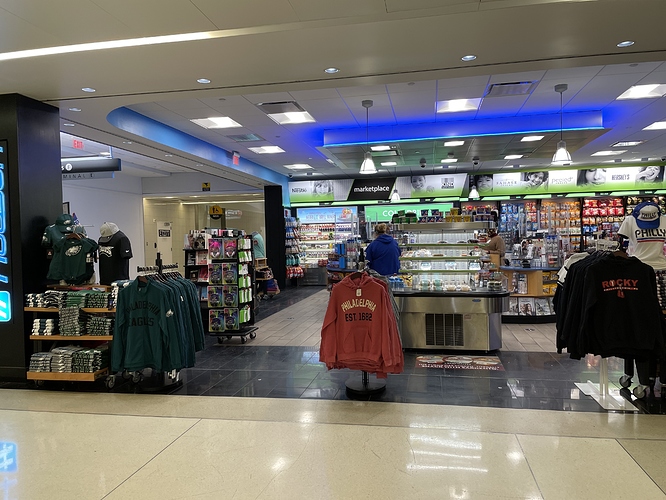 Not pod racing. That’s been done to death.
Get in it disney!

I have some new achievement badges to earn

feel free to toss out a greeting to AC!

He’s already making you use words that don’t exist!!!

Have a great time. I’m looking forward to following along.

The corporeal one is on me. I didn’t know how to spell it

Oh man, how exciting! Another @Randall1028trip repot. I wasn’t sure I’d join along, but since you started out with Chick-fil-a, I’m here for it 100%

That was the caveat?

Ack!!! What a great way to start off a Saturday! I’m so stinking excited for this surprise trip!!! Your reports always get me so pumped up to go back! Safe travels!

So looking forward to following along!

If people have never followed a @Randall1028 report he is going to make you really hungry with all the food pictures and be amazed at how he is all over Disney property in one day.

Wow, this is exciting!!! Have a great trip!

It’s been 3 hours… where are you?
Your last trip report we got to have all the funs with you