We are very excited because our 2-year delayed family trip to WDW is coming up in October (Sat-Sat starting Columbus day weekend) ! I have been reading, researching, and trying to figure out how to optimize our trip. We already have Genie+, I’ve set-up our touring plans, and made reservations. We are staying onsite and the benefit of a COVID delayed trip is our kids are a little older (9 & 12) so we can theoretically do more. I want to have fun and do as many things as possible but am planning for downtime whenever we need it. I’ve seen some information on playing ‘slots’ with Genie + to try to get to as many rides as possible with early entry. Definitely a lot of phone time and moving around the parks a lot! I’m wondering if anyone on here has real world experience using this strategy vs. a stacking one and if there are any opinions.

I just watched a video (Molly on Mammoth) where she refreshed after stacking I believe. Worked out well for her. 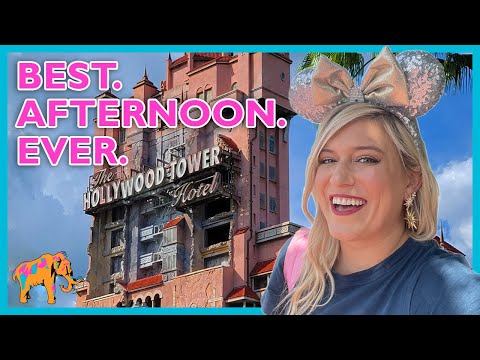 Please do give an update when you return, as I’m planning on playing the stacking + refresh roulette game in November

We used BG1 on our trip last week and did not stack. I refreshed and reassigned as if I was using the old FPP system as best I could. Using the drop times that are right there for you in BG1 I would say we got between 8 - 10 LL’s on our park days. You have to kinda think about whether or not you need it and how many times you may want to do an attraction sometimes so we were likely not even as efficient with it as we could have been. We rode Everest 3 times in like 35 minutes and one of those was through the stand by line. I did have 2 extra LL’s for that because my wife and mom didn’t want to ride so that did help but there was no issue at all getting what we wanted and we did very little standing in line. I would love to see a tier of Genie+ that would let you get as many LL’s as you can similar to the Express Pass at Universal. My biggest complaint is seeing plenty of availability but not being able to use it because we’d already used our LL.

Stacking is trickier now that Disney updated the park hopping rules to match normal same-park LL access (which I see as a positive move, overall). You can still stack, but it will be more limited in usefulness in that you will only be able to stack the most popular rides that quickly fill up to later in the day. While this might help if you want to “guarantee” a certain ride, it will actually likely reduce the number of rides you can get with G+, because you now have to wait the 2 hour window before you can get your next.

really good point…thanks…I feel like I’ll be undertaking a real-world experiment and will just do our best to try to have fun.

Doesn’t the rule change mainly effect those people that are hopping in later in the day? Or is the rule change making the hoppers gobble up the LLs in their first park of the day, causing availability to dry up quicker since they aren’t stacking for their evening hop?

Yes…mainly hoppers. But the primary way (and reason) for stacking involved hopping since people would spend the day in one park stacking into the next.

If you don’t park hop, you can still do that, of course, but it becomes a little harder because by the time two hours past, you start risking more of the main rides to be unavailable by the time it comes around.

But I think it is better to plan to start booking rides you want as you want them, and take advantage of lighter rop drops crowds in the meantime. But you can also hop on a ride with LL and off quickly to burn through even more rides earlier in the day.

I just don’t think stacking is a useful method any longer for most people.

I think once crowds get heavier again, stacking for park hopping will be more useful. There just aren’t enough people at the parks in general this week let alone using G+ so the times advance more at a pace of book-and-use. Exceptions I’ve observed are FEA, Remy, and SDD.

The stacking method that does work in lower crowds is for arriving late. We had a great day at HS by having a couple midday rides ready to go when we got there, and then took what was available to get the rest in a timely but not breakneck pace. It also left us time to get ROTR at 8:30 and stroll out right at park close.

What were the changes to park hopping that were referenced above?

I 100% agree with your analysis! From crowd levels to late arrivals.