We just went to our local Six Flags park last week and I was shocked by how filthy the place was. I know we have been spoiled by the cleanliness and general state of good maintenance at WDW, but I found this to be unacceptable. These are pictures from the food court and children’s play area. Have you experienced this at any of your local amusement parks? 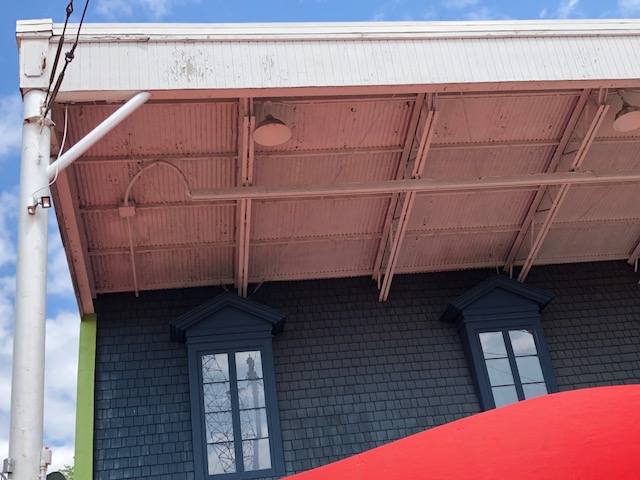 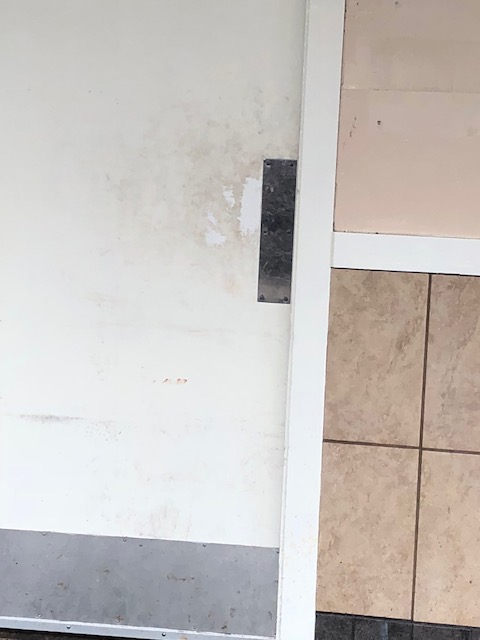 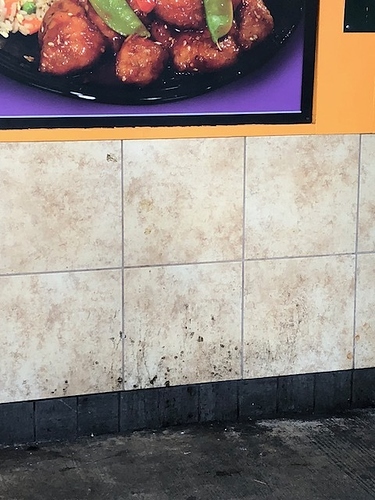 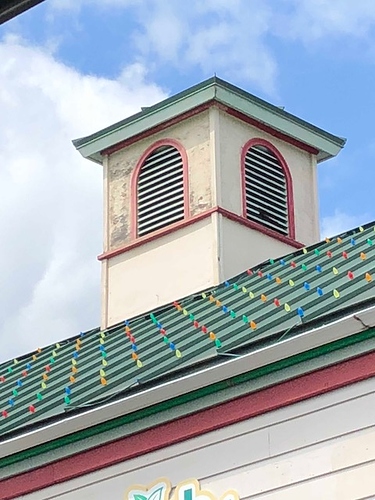 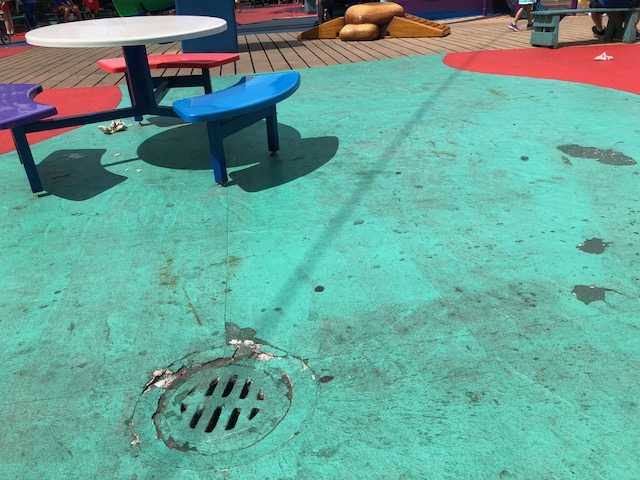 I went to Valleyfair in Minnesota last week and the landscaping and cleanliness has improved a lot there, but the music was loud, white girl pop music. It was drilling holes in my ears. I really missed WDW.

We have Bush Gardens close to home and it usually is very clean and well maintained. We also have Kings Dominion and last time I went (which has been about 5 years) it was in pretty good shape

In general, Six Flags parks are pretty bad, followed by Cedar Fair parks. The Busch/Seaworld parks are a bit better. Six Flags is cheap and exists pretty much exclusively for thrills.

Maybe I was too young to know better, but I don’t remember Six Flags being such a dump when I was in high school.

Magic Mountain is the only 6 Flags park that I have a lot of experience with, but even as an adult I don’t remember it being this nasty. I find BGW to be virtual Disney’s equal with regard to landscaping and cleanliness. BGT a step down. Haven’t been to a SW park in at least 15 years.

It was a little bit better 20 years ago. Sometime around the early 00’s (when Premier Parks owned the chain) they decided the solution to every problem was to add a giant roller coaster. Needless to say, the parks did not fare well in cleanliness or financially.

What park in particular?

We do a lot of amusement parks. I would say that Disney and Universal have both set the bar in terms of maintaining the appearance of cleanliness. The thing is, it costs a lot of money to maintain like that.

Pure amusement parks have less focus on such things, and guests seem less concerned about it. I wouldn’t say they are dirty (for the most part). I mean, they still have plenty of garbage cans and keep tables wiped down fairly well, etc. But at the same time, buildings will get more worn out before they repaint/refurbish, there are greater amounts of cobwebs left around, and bugs in general. But those don’t have direct impact on the customer. I mean, even in the pictures posted here, pealing paint on the top of the building? No biggie. Plays no role in my ability to enjoy the rides. The stains on the concrete? Again, that is just an appearance thing.

Most amusement parks have very limited days to be open, unlike Disney. They are seasonal, which means their incoming is limited to about half the year, and usually for guests who come just once or twice. They have two MAIN sources of revenue: the food (mostly QS) and park admission. People are there mostly to ride the rides, and grab a bite to eat to sustain them for the next set of rides!

So, yeah. I don’t know if it is a fair comparison. I wouldn’t say they are DIRTY, they just aren’t as nicely maintained.

Having said that, obviously the less money a park makes, the more likely they will have to skimp on the number of employees they hire to clean/paint/etc.

My home park is HersheyPark. I would say that they have made vast improvements on keeping their park clean. The only complaint I have had is with people spitting their gum on the ground and then I step on it. But that is rude people, not the park. They have really stepped up their game on keeping the park landscaped and trash picked up as much as possible. I have seen some pretty messed up bathrooms at Disney, Hershey and other amusement parks, so I think that is a problem across the board.

The QS was crazy expensive too! It was $80 for two adults and 2 kids to eat lunch. I just priced a similar meal at Pinocchio’s Village Haus and it was $43.55.

WDW trips have spoiled ALL my other vacation destinations…not just dirty theme parks. I can only take so much sitting on the beach before we have to be up finding something to do.

Wondering if anyone out there has experience with Magic Mountain? I am visiting my brother in San Diego next week and he is pushing us to go there. I’m not convinced that I want to go. I would rather make the trip to go to Universal Studios but the crowed levels look very high. Otherwise I just want to relax in San Diego! We have already done Lego Land and Disneyland so not planning on those.

Last time I was there, I was 18. So it has been a long time. But at the time, it was beautiful and kind of felt like Cedar Point of the West in terms of ride offerings. It still is that.

BUT, as I said, it has been a long time.

This is my home park, too! I have been going now for over 25 years, so my expectations are already set. I would never expect them to have the same caliber of anything as Disney or Universal, but we always have a good time nonetheless. And now that we have rolling memberships and a discounted Dining Plan, I spend virtually nothing when I actually set foot in the park.

Wondering if anyone out there has experience with Magic Mountain?

I love Magic Mountain. It’s definitely coaster heaven; hands-down the best on the West Coast for rides. Like any 6 Flags it’s a bit lacking on “theming”, customer service, and food - but you don’t go for those things, you go for the rides. The “X2” coaster is one of the best coasters that I have ever been on, and some of the new additions since my last visit look really awesome.

It’s about a 3 hour drive (during low traffic times) from San Diego, straight up the I-5; the park is less than 5 minutes from the highway exit. When I would go, I would leave San Diego at around 6:00 AM, getting there around 9:00 for a 10:00 opening. If you hit LA wrong, the 3 hour drive could become a 5 hour drive…

For reference, again based on “low traffic” times, Legoland is about 75-90 min, DLR and Knott’s Berry Farm are about 2 hours, and Universal a bit longer than that (as I remember - I haven’t been there since the 80s).

We will make sure to leave at 6am if we go! Thanks for the tip!

Not to step on @bswan26 ‘s toes, but if you leave San Diego at 6am during the weekday to head to Magic Mountain, you might be in the middle of ALL the insane mornings traffic through Orange County and Los Angeles.

While I’m a HUGE proponent of rope dropping a park, i would really watch traffic patterns, as that drive can be AWFUL. Although it’s not been as bad this summer with LA traffic.

I still haven’t taken the kids back to Magic Mountain…our LA apartment is like 25 minutes from there! Last time I was there was 7 years ago, and I remember it being dirtier than when I was a kid. It’s a fun park though! And very easy to get too off the 5.

But also, there is MASSIVE amounts of construction on the 5 just north of the 210/405/14/5 merge/split/madness. And going through Santa Clarita it’s a MESS!!! So much roadwork. Just keep that in mind! Also on the 5 between the 91 and the 710, pockets of construction that seems to be NEVER ENDING on the 5!

Weekends? No problem. I prefer to go places like that on a weekend. Traffic is bearable.

You’ll have to report back if you go!! @kjsprouse