Hello! We actually took this trip allll the way back in late October 2019, but I really wanted to write a trip report because I felt like there was so little information out for me while I was planning. Up front, I will say that this was SUCH a fantastic day and perfect for young kids and a great addition to a longer WDW trip.

This was the first half of an off-site/on-site split stay for me and DH in our late 30s and DS4 and DS1. We did 4 nights at the Sheraton Vistana Villages right across the street from SeaWorld. I hope to try and review that separately. We arrived Wednesday evening from MHT. We had a rental car and stopped at Publix to do an order pickup (SO easy) on our way to the hotel.

I was initially a little annoyed that SeaWorld didn’t open until 10am but as it was our first day we were a little slower going in the morning so were pulling into the parking lot right at 10am. It was a quiet day so we walked with purpose straight to the Penquin Encounter ride. I’d heard mixed reviews of the ride itself, but it was one of the few actual rides that our whole family could go on so we did it. I have to agree with most of the reviews, it was pretty blah to us. It was a lot of screens and not very exciting. We weren’t really impressed but didn’t wait so it was fine. The penguins at the end were also cool. 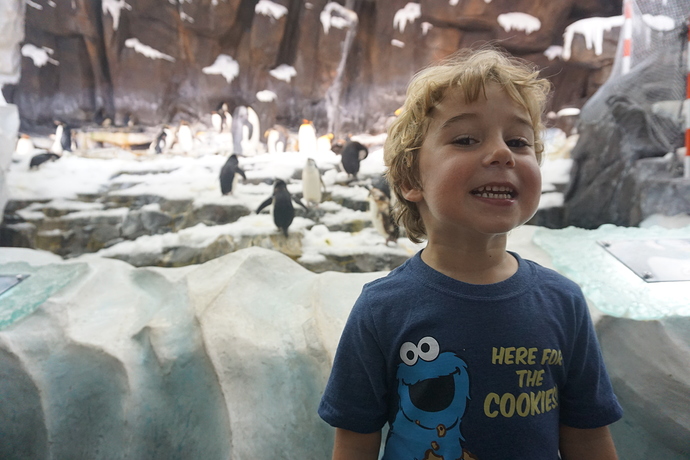 SeaWorld seems to be quite the maze. I had a paper map but the signage was pretty terrible so I felt like we were wandering a little. Sesame Street is WAY in the back corner and I was hustling because (I’m a liner) and for some reason I was afraid there were going to be crowds. Spoiler alert, we were literally the first people there and for the first hour at least one of 5-6 families. Cookie Monster and Elmo were all alone in their M&G so were lolling along the sidewalk soliciting guests! We walked right in and this was HANDS DOWN the best character greet of our entire trip. My older son went straight for Elmo and the baby was just crawling, so Cookie just dropped onto the floor. It was really special. 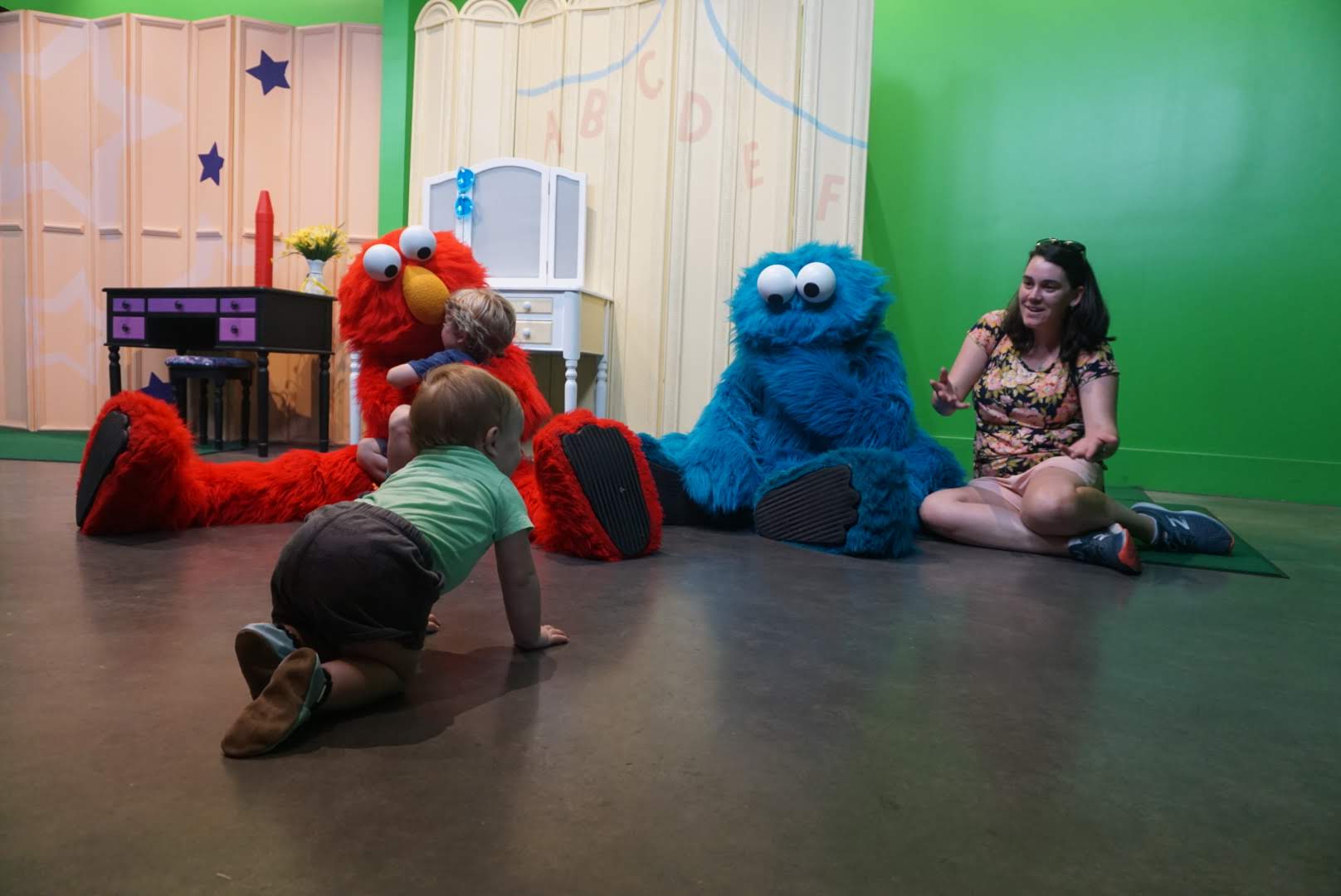 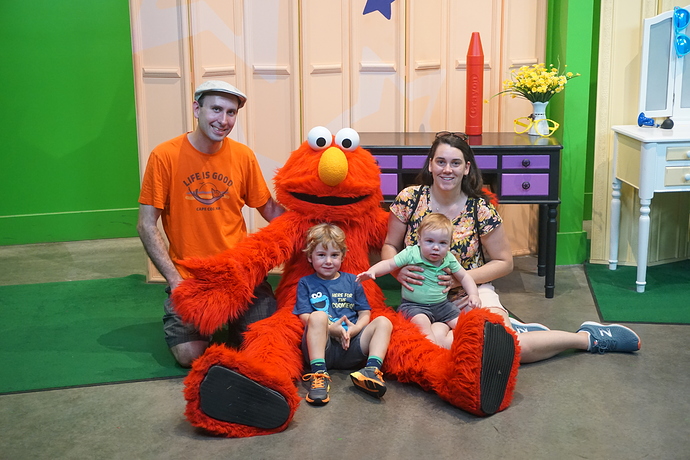 From here we just went on all the rides! Elmo has a little train, Big Bird has twirling nests and Super Grover has a roller coaster! My son and I rode that probably 6 or 8 times in a row. Most times we were the only ones on the ride. For whatever reason their rule was that we had to change seats each re-ride which was a little annoying because DS4 wanted the front row each time. But hey, he had an entire roller coaster to himself.

We got one of the interactive bubble wands which were really cool. DS4 got to play games in Mr. Hooper’s store and ring doorbells up and down Sesame Street. The land is SO well themed. It’s incredible. We caught the tail end of Big Bird’s story time which was adorable. 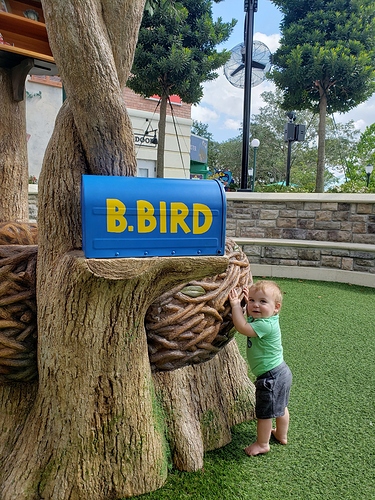 DS1 napped in the stroller so I looked on the map for an aquarium and hiked alllll the way to the Atlantis ride to find an indoor space to walk with the baby. Literally I think my hotel room was bigger than this “aquarium”! I was kind of disappointed for SeaWorld. The Seas is easily 100x the size. I guess their tanks are mostly outside. So we just went back to Sesame Street where they had a quiet room and baby center. My husband tried to ride Infinity Falls with DS4 but he was just under 42" so they wouldn’t let him on. They watched the parade which was awesome! Again, there was no one there so they had front row seats. 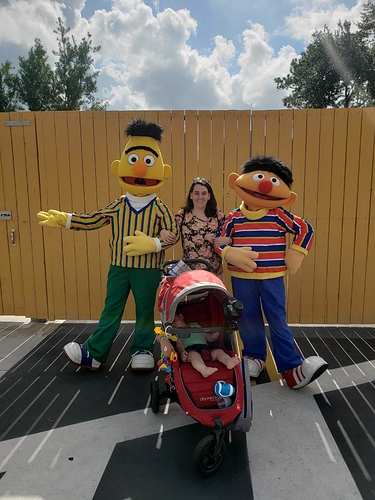 It was incredibly hot and we had done all the rides and about 6 different character meets, so we called it a day fairly early but I still felt like we got incredible value out of the day! I paid $85 per person for 3 of us (no kids price) but that included all day free dining so I would say we really paid under $50pp due to all the value we got from food. We could get one meal an hour and unlimited fountain drinks. DS4 lucked out QUITE a bit with free slushies all day long! We ate at the Sesame food trucks (grilled cheese, chicken tenders) and got a bunch of snacks at a couple of other places.

We didn’t even do any of the shows or any of the big rides, so if we go again I would potentially think about doing 2 days! We wandered around a bit and stopped here and there for little exhibits. DS4 got into some very cool mohawk ducks. It was a great way to ease into a more strenuous WDW trip! 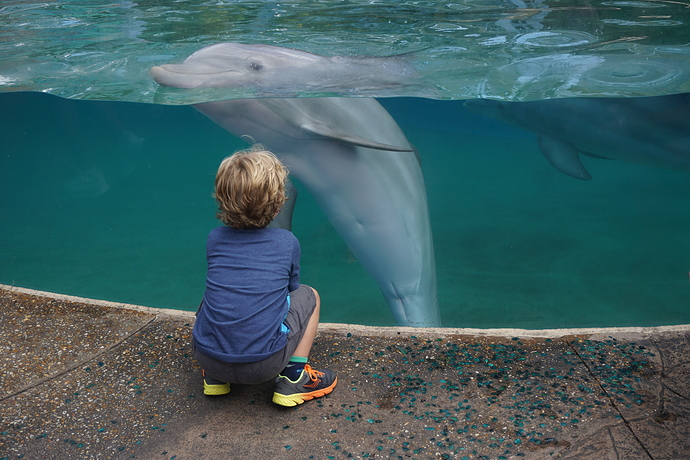