. Is breakfast just as good as dinner for characters etc, leaning on doing the breakfast? Have not read the best things about dinner

Dinner is really good, but if you’re more in it for the experience and the time of day and meal is not so important, breakfast is more affordable.

I’m voting for breakfast. The breakfast food is much better than many of the other character breakfasts, since it’s a la carte (not a buffet or family style) and since they took away my favorite Major Domo’s Pie I’m not such a fan of the lunch/dinner options.

Also breakfast, if you have a pre-RD time, can be a great chance to get inside the park before everyone else to get some nice crowd-free photos.

Also breakfast, if you have a pre-RD time, can be a great chance to get inside the park before everyone else to get some nice crowd-free photos.

With the change in rope drop procedures is this still true? I guess Breakfast ADRs do have access at 7:45 vs. the masses at 8, so I guess if you definitely intend to take advantage of that 15 minutes, it would be true…

Good point… I forgot about that. I hate when they move my cheese! I’d still pick breakfast… I’m not a fight the crowds at RD kind of person, though.

Thanks so much. Going breakfast and saving the money.

One more question. How much time should I block out for the breakfast? Trying to figure FP+'s around it

I’d say 90-100 minutes with 2-4 people, add maybe 5-10 minutes each additional 2 people… I’m not sure why, but meals just seem to take longer with a larger group, even if they’re buffet/family style.

Thank you for the help

ok a little revision. I broke down and got the dining plan. now that its 2 table service credits for either breakfast or dinner and out res for breakfast isn’t until 9:55 AM. does a 6 PM dinner sound like it makes more sense?

I have been at breakfast and dinner, I liked the breakfast food a lot but enjoyed dinner as well. I like the castle at dinner, especially if it is dark outside. It adds to the magic.

Characters were the same quality either time of day. Either way it is 2 TS on the dining plan and your tip is included so may as well have the dinner option with dessert!

I found the dinner food to be really terrible. It was a huge disappointment because it is so expensive. You are not paying for food there (I don’t think anyone in my party of 6 enjoyed their food or even ate it). You are only paying to see the princesses. If you haven’t done it before, I would go for breakfast because the atmosphere is beautiful and the characters are great. Hopefully they can’t mess up breakfast food so badly.

On the dining plan, I try not to worry too much if I’m getting a good value at any given meal. That being said, we do compare the overall expected costs for various places to figure out which to pay out of pocket (since you will run short by a TS credit if you do any 2 credit meals). Fun fact: most 2-credit TS meals are a very poor value on the dining plan. In doing this you will probably find that keeping this breakfast reservation but paying out of pocket will be a better overall value than using the dining credits. Then you can either do a different 2-credit meal, or do 2 TS one day instead of just one. Does that make sense?

We chose dinner because we felt we would be more relaxed and not worried about missing out on prime touring time. We had the steak and shrimp and thought it was fine (better than our entrees at Akershus dinner). Dessert was also fine. Weren’t as crazy about the appetizer. DD loved her s’mores dessert. 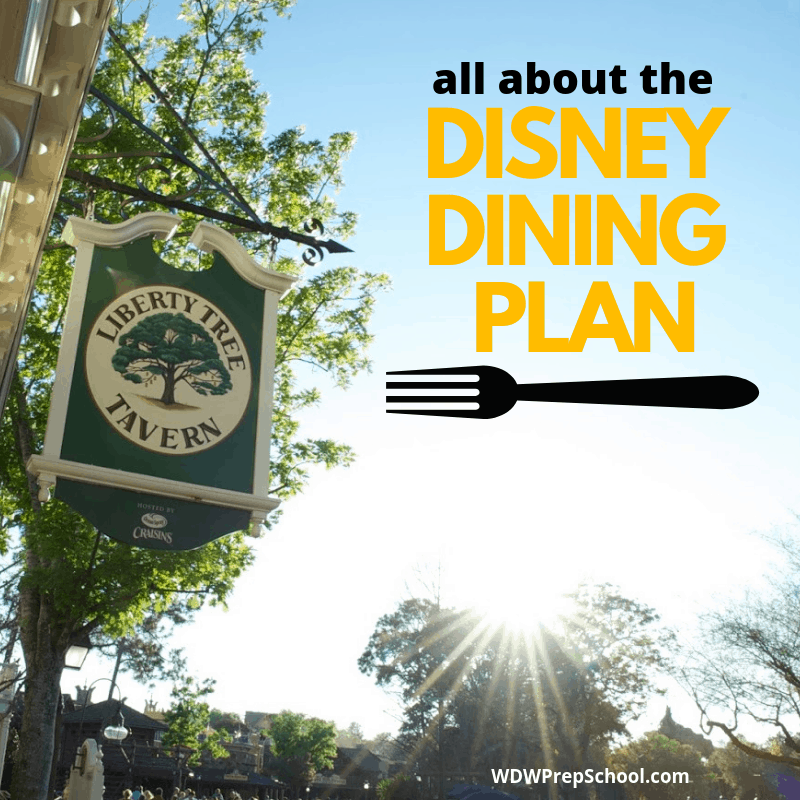 Want to get a Disney Dining Plan but not sure the best way to use your credits? Or not sure if you should get the dining plan? Here's info to help you decide.

According to this, CRT breakfast is using $31 per credit. There are MANY more meals which average a higher per-credit value. At the top of the chart, for example, is Hollywood and Vine Fantasmic Dinner Package at 1 credit worth an average of $57. That’s $26 per credit per person that you’re wasting by using the credits at CRT.

Most 2-credit meals are a very poor dining plan value - especially at breakfast.

I also thought the food wasn’t great! Super disappointing…if we go again I would most likely skip CRT.

If using a regular dining plan, with just the 1 TS credit/person/night I would pay out of pocket for CRT at any meal. I’m not really a “get the best value for each credit” person, but if I only had 6 TS credits in a week I can’t say that I’d want to use 2 for any one meal. That said, if you’re planning 6 TS meals and one of them has a lower average cost than CRT ($31 for breakfast, $35 for lunch/dinner) then that’s the one you’ll want to pay out of pocket for.

If you have a deluxe dining plan and plan to use lots of your credits for TS then do whatever one will make you happiest… that is usually our MO. Also, if you have a deluxe plan then any 3-9 year olds can order from the adult menu, if that’s appealing to them. This means that you can finagle some things like paying out of pocket for their meals at any family-style or buffet places, or places where they’d order the cheapest thing from the kids’ menu and saving those credits for more expensive meals because they don’t differentiate between kids and adults credits on the plan… they’re all just “dlx cpn”. In other words, never used a deluxe credit to pay for your 3 year old’s chicken nuggets.

Wow I totally love that idea !!!

I think thats what I am going to do and use the single credits elsewhere !!!

But if you are eating at the same restaurants either way, wouldn’t you want to spend the least money total? I consider my cost of dining as what I spent on the dining plan (or its value if you get free dining) plus what I spend out of pocket. I would rather get less value out of a credit if it means I save money overall.

The long and short of it is that CRT averages $62 or $70 in value ($31 or $35 per credit) depending on which meal you eat. There are a few other meals where it would still be cheaper to pay out of pocket, but in most cases (particularly if you’re doing mostly character meals and/or no breakfasts) your TS lunches and dinners in parks or at better resort restaurants will be more expensive. In most cases it will be a matter of a just a few dollars difference, and not worth much though in the end but there are a number of way that difference can increase with even slight changes.

I could use 2 TS credits for CRT, and pay out of pocket for Coral Reef and 50s PT for $70, but the better use would be to pay for CRT and use credits for the other two. Either way it’s $8, so it’s negligible.

Scenario 2: Its the same, except I’m eating my HS dinner at Hollywood & Vine as a Fantasmic package ($57) instead. That’s an additional $27, so now if I use 2 at CRT and pay out of pocket for Coral Reef and Tony’s (my cheapest meals) it’s $85 total… that’s $17 which doesn’t seem much until you realize that for my family of 6 that amounts to over $100.