I’ve been practicing the last couple of days and have been unsuccessful. I’m noticing that the app hangs up for a hot second going through my friends looking for people to add to my party. Do you think that might be part of the problem? I have a lot of friends (31) that I really don’t want to delete because adding them back in would be horrific.

I’m not entirely sure. It’s possibly a factor. But I wouldn’t think the page would take any longer to load. It’s not like the app is searching to see who is in the park. That step comes next. Do you have a good signal? I’m assuming you’re on WiFi?

the app hangs up for a hot second going through my friends looking for people to add to my party.

A couple of people have reported this lately. I’m wondering if it has to do with your connection? If not, it could be an issue with the Disney server that needs to be sorted out.

I was on WiFi the last few days, but today it was cellular. I’ll try again tomorrow on WiFi and report back if it works.

Do a speed test beforehand if possible. If you’re in a location in your home with spotty WiFi, that could have an impact.

Time for a quick update on BG stats!

Processing rates have continued to climb from an average of 7 BG/hr in July to 11 BG/hr in late October. On a “bad” day, RotR is processing ~8 BGs/hr, which is better than a “good” day in July! We haven’t had a truly bad day since mid-September (knock on wood).

Delays per day and average delay time has remained steady in October, but significantly better than July, which explains the overall trendline.

Daily downtime started at around 25% with high variability (sometimes over 40%!) in July, and is now averaging closer to 13%, with many days under 10% (hard to imagine it being much lower than that with cleaning time).

Overall, operationally RotR is in a much better spot now than it was in July or August, and even September! Anecdotally, there have been fewer instances of the ride experience being abbreviated or simplified, though that can still happen. 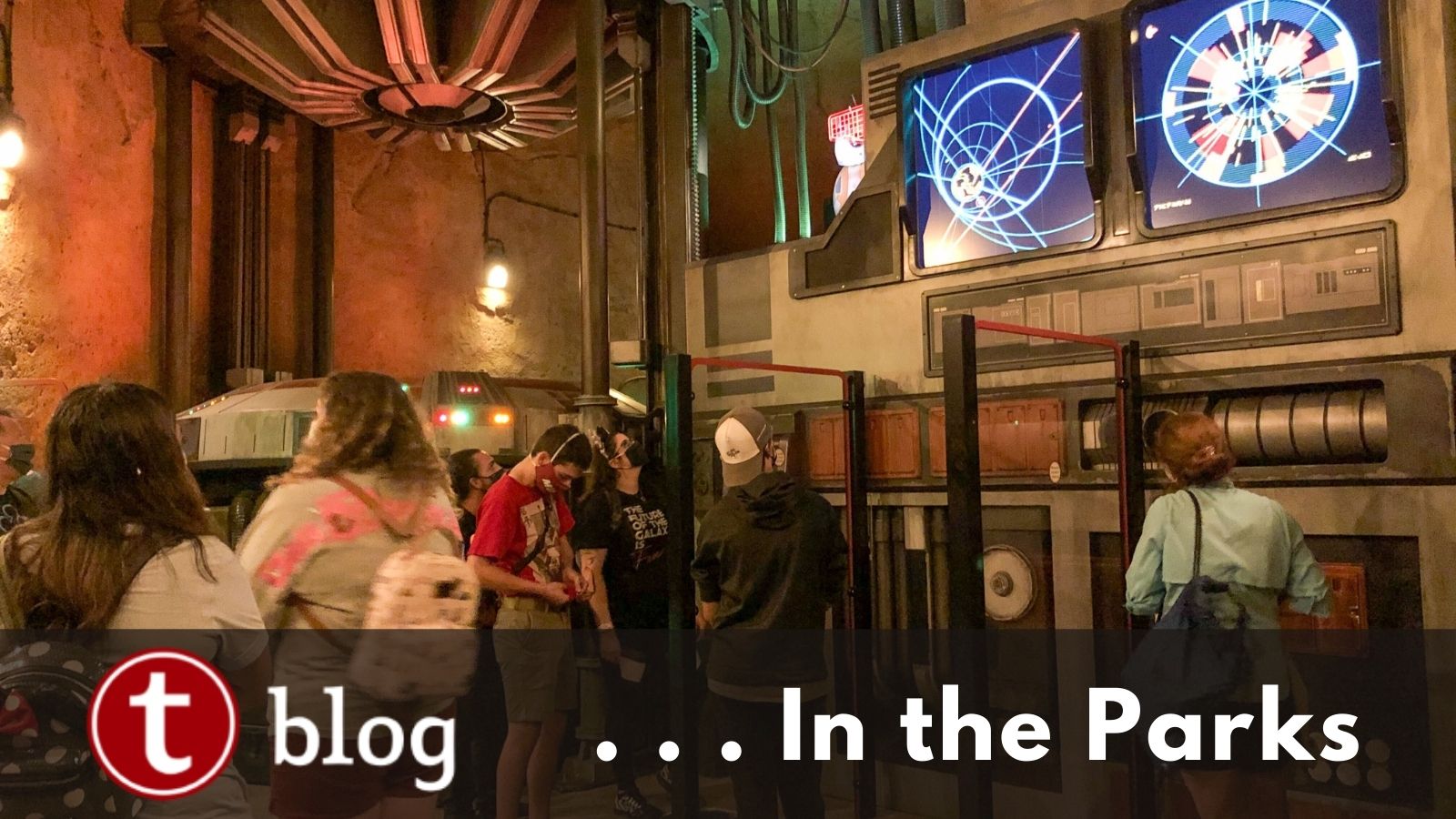 PHOTOS - Rise of the Resistance Changes to Loading Procedures -...

PHOTOS - Ride of the Resistance has new loading procedures. More plexiglass has been added, and more than one group is loaded per vehicle. 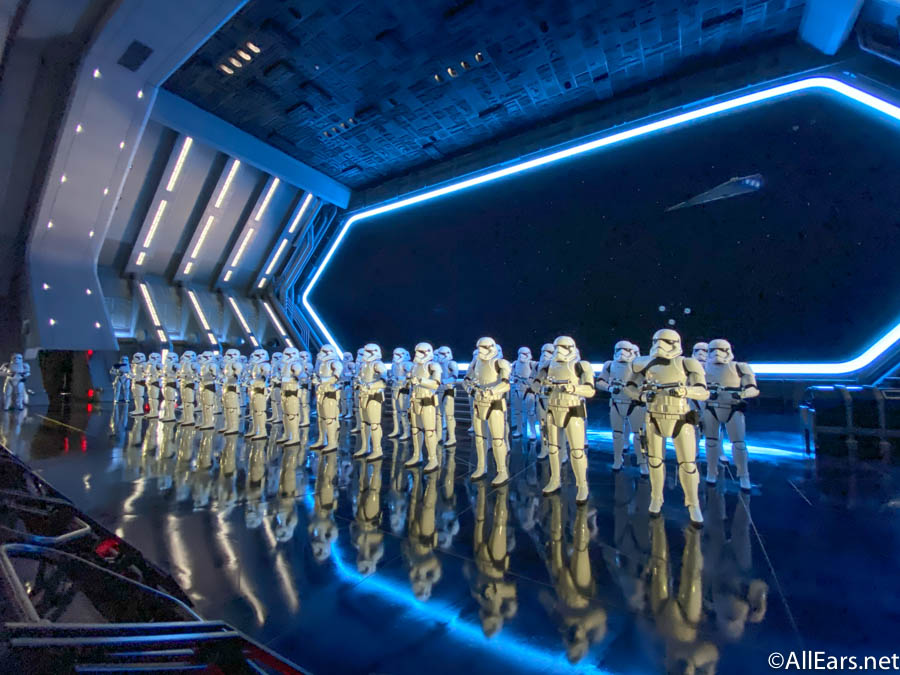 Our Boarding Group for Rise of the Resistance Was Called Before Disney's...

Our boarding group for Rise of the Resistance in Disney's Hollywood Studios got called before the park opened today! Learn more about it here!

Time for a RotR stats update! Once again, all charts are from Thrill-Data

There were a couple of days where distribution lasted more than mere seconds, but that seems to have been a fluke rather than a trend. Make sure you are familiar with the process before you arrive at the park! For advice on the process, try this great thread by @bebe80!

We’ve continued to see a positive trend in BGs called per hour, and therefore total number of BGs called in a day. It started at ~7 BGs/hr in July and is now averaging over 12 in November! A “bad” day is now less than 10 BGs/hr, which has only happened once (11/5) since late October. I assume adding capacity (plexiglass barriers) is part of this but operational efficiency is also important. 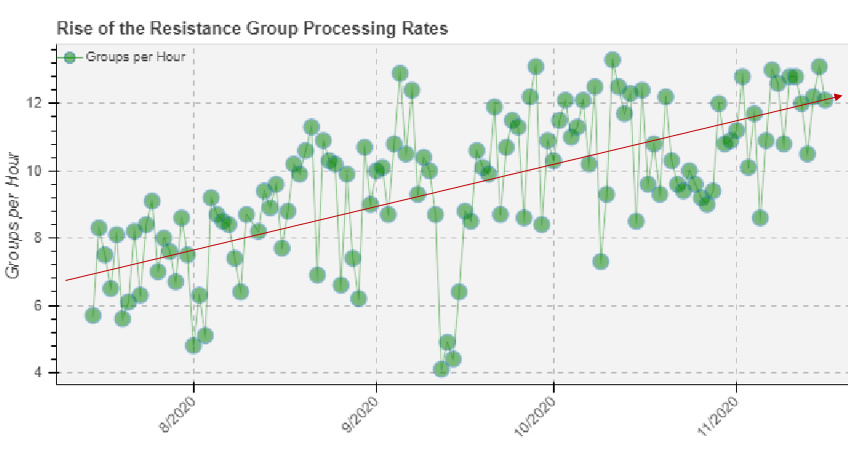 Delays per day and average delay time has remained relatively steady since October but still much improved over July: 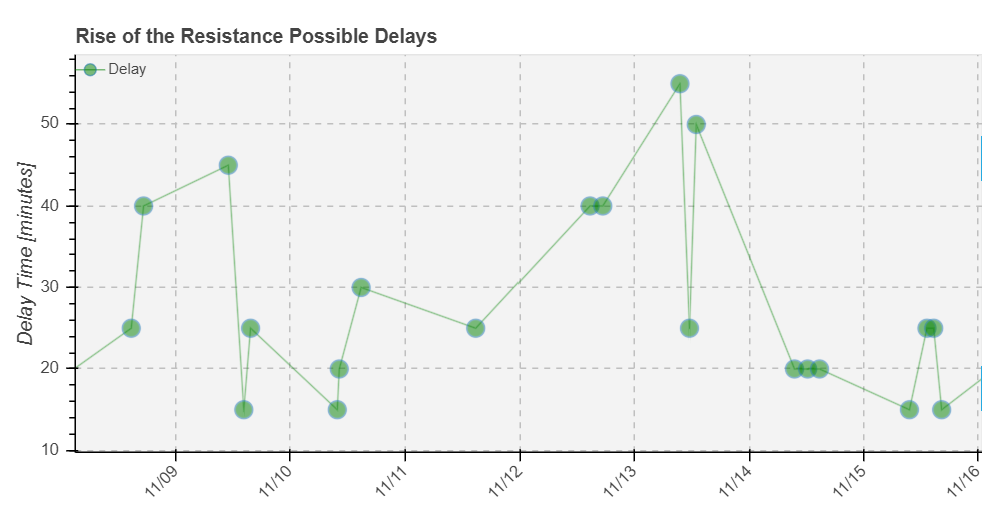 The ride is now running close to 90% of the time most days, with up to 20% downtime on “bad” days, compared to days with over 40% downtime back in July and August. I don’t think we’ll see much more improvement than this until the cleaning cycles are no longer necessary. 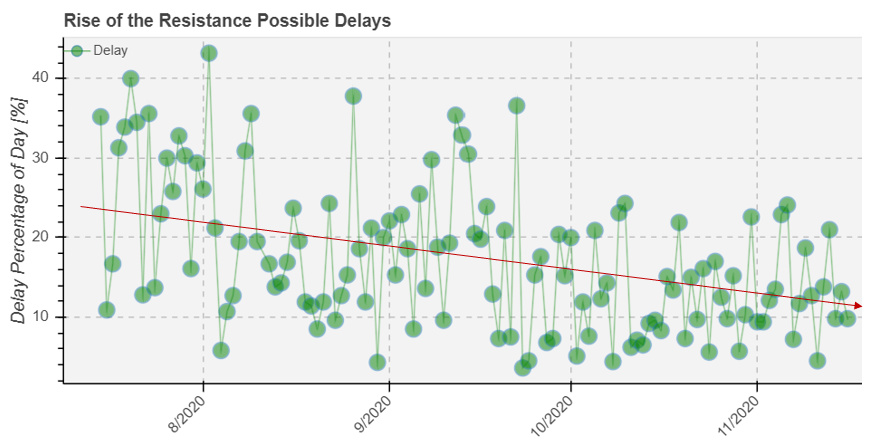 In summary, RotR has been operating quite smoothly since mid-September. Hopefully this will continue going forward and perhaps improve or at least have less variability.

It kind of makes you wonder why they still call it a 10:00 open.

I think it’s good they call the BG’s early, everything else is running. They can get a couple extra groups through each day. And I’m sure they would give you til 11:00 to check in, even if it says 10:40.

Yeah. It would be quite surprising if they didn’t. So, basically the earlier BGs will be given slightly longer windows.

I think Disney is trying everything they can to help with increasing overall capacity, and this will help.

“our boarding group was called at 9:40AM — before the park had even opened!”

It is good to know, if this continues, since we have three days (well, 2 and a 1/2) at HS planned. The 10:00 opening isn’t really opening. Since we’re at Boardwalk, it is easy enough to walk over and get ahead of the main crowds if we so desire.

We got boarding group 86 from the house for ROTR, but they still didn’t call a single group yet…uhhhh

Ugh! I wonder what’s wrong? They’ve been doing really well lately - some days up to 130 BGs! Crossing my fingers for you!

Did you ever get on? Rotten luck today! 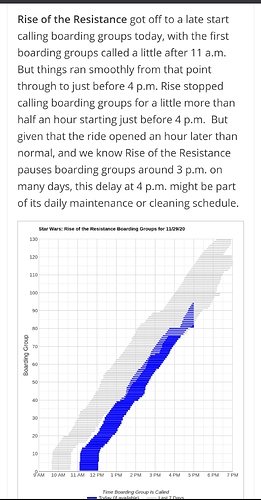