Anyone able to comment on what it’s been like at monorail resorts this summer with the reduced hours? We got a screaming deal on a room at the GF this fall, and are just wondering what it’s like for AM EMH, rope drop, etc? We are renting a car part of the time, so some days it’s very straightforward. Are more buses running? Are the boats running early enough and often enough to get to EMH Rope Drop at MK? All input and advice appreciated!

The Walt Disney World Monorail system will be operating on a new schedule
from September 1 2014 as work continues on the automation system
installation.
The following schedule will be in place from September 1 to September 26 2014.

September 5 and 6 will have a 2am close of the Magic Kingdom Resort and Express beams to accommodate Night of Joy guests.
As always, watercraft and bus services will be made available outside of the operating hours. 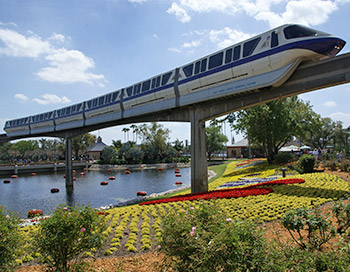 We arrive the 15th, so I am hoping that AM EMH transportation will be smooth.

I really hope they go back to ‘normal’ hours by November.

We are not going til mid October. The current schedule is supposed to be good through Sept 26. I’m sure it’ll work out but I was wondering if anyone had any info on how it all has worked this summer (i.e. did they just grab a boat, or was the bus better for AM EMH). No big deal either way – we’ll get to MK one way or the other (thought I wish we could walk to MK!!)

I thought it was a PITA this summer. We stayed 7 days at the Poly and are RD people, and it was an inconvenience, particularly for Epcot since there’s no boat option. But we just took a bus. They have more buses available, which is nice, but with all the construction EVERYWHERE it could take awhile to get to the park. The bus to MK took a good 20 minutes, which I found rather infuriating, but I have a low tolerance for such things. The following day we took the boat, which was much quicker, with far fewer people. Overall, it’s not a deal breaker, but if you’re rope drop people, there’s a smidge more planning involved.