With stories of rapid testing getting super cheap, it brought me to a vision of Disney including a free rapid test as part of daily admission/hotel screening. In this environment, Disney could create an enhanced bubble (“Disney Bubble+“) where no masks were needed, indoor dining wouldn’t be stressful, and we could pack families back into those switchbacks!

I get that there are issues…say if you show up from Chicago and the test positive, but the risk/reward seems tantalizing. Basically, my question is whether the NBA experiment is scalable if/when testing gets super cheap.

Trouble is, rapid tests are less accurate. Also, you can test negative even though you are positive if it is still early on. So you would enter the bubble thinking you are okay, but aren’t and the start spreading unmasked to those around you before you would test positive.

It wouldn’t scale well also because NBA force quarantined the team when they first arrived before they started interacting.

I think you answered your own questions. I’m for continued masking with better enforcement even if noncompliance is rare.

Is this new one a more accurate rapid test, or is that rate still less accurate than other traditional tests? (see below) 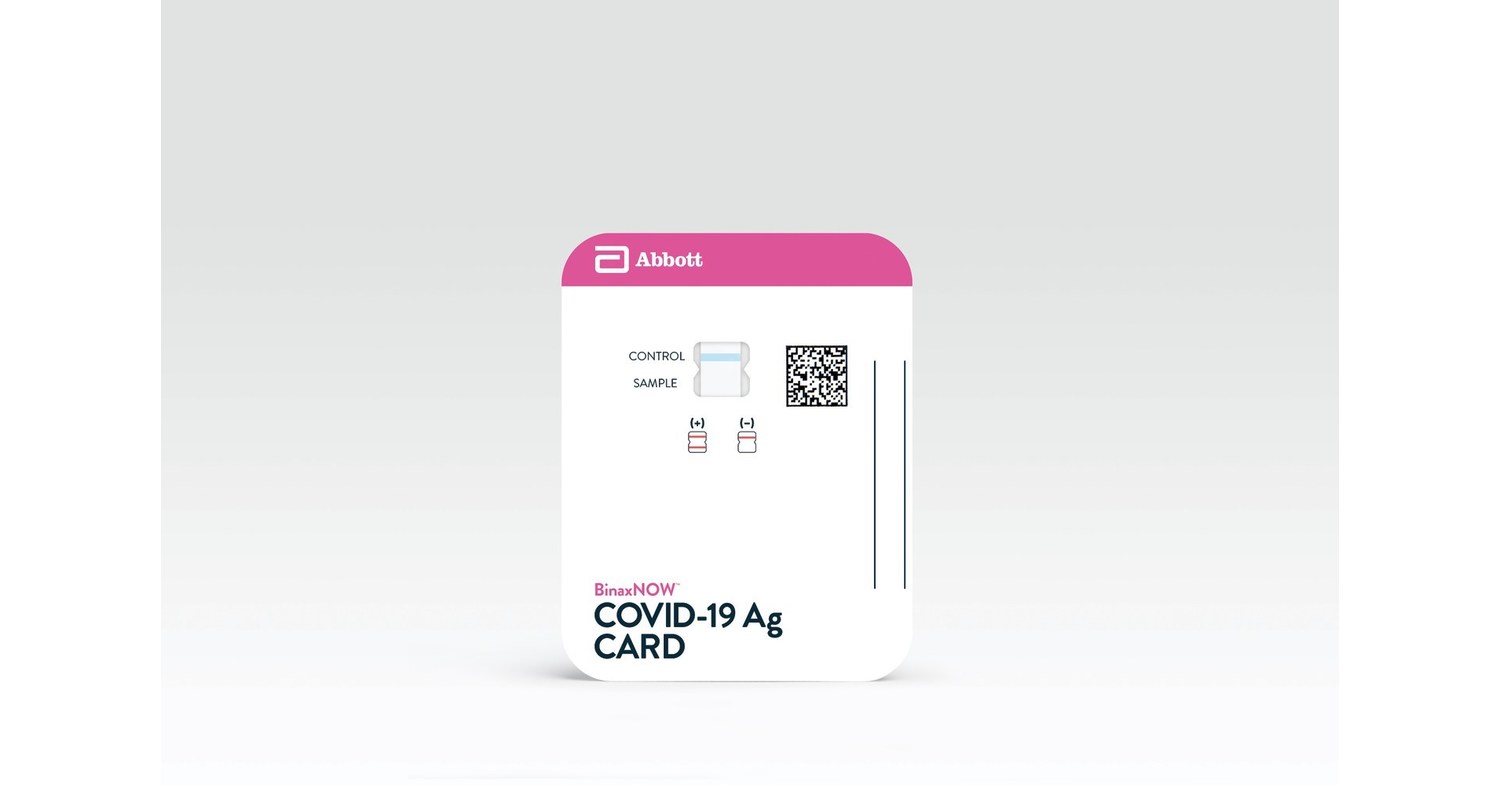 Abbott (NYSE: ABT) announced today that the U.S. Food and Drug Administration (FDA) has issued Emergency Use Authorization (EUA) for its BinaxNOW™ COVID-19 Ag Card rapid test for detection of...

I’m really excited about these tests! Not necessarily for Disney, but just in general. I feel it could be a game changer.

It sounds good, but what that means is 1 or 2 two people out of 100 could be denied entry when they don’t have COVID. Specificity of 98.5% is just not that great for a low-risk population like Disney guests. And most of those folks are going to be part of a larger party, so pretty soon we’re looking at quite a few angry guests and dashed vacation plans.

Let’s say you are part of a party of 4. On any given day, there is a 6% chance one of you has a false positive test, and are denied entry. Over the course of a week, that adds up to a 42% chance a day is ruined because one of you comes up positive but are not sick. And if that person is a child, that takes two of you out of commission (or all of you if there’s only one adult).

Even a person going alone has a 10% chance that they’ll be perfectly healthy, and yet denied admission, over the course of a week. And that’s supposing they’d let you back in if you test + one day and - the next.

Whenever you’re testing people who likely DON’T have the disease, the specificity has to be very, very high. In this case, the false positives are likely to outstrip the true positives by far.

Here’s another way of looking at it.

Using hospitalizations to estimate the number of active cases in Florida right now, I’d guess that for every case this test might catch, three people will be told they have COVID when they don’t.

My guess is they would immediately re-test any positives before denying them entry, possibly with multiple tests simultaneously and then look at the preponderance of results. Cheap and fast tests would allow that.

I don’t think this would allow things to return completely to normal though because of those darn pesky false negatives, but would be an added measure of safety that could possibly allow more things to open and allow higher capacities if masks were retained.

However, I see WDW being a lower priority than a lot of other settings where rapid results are needed that could use a sizable number of tests (LTC staff, health care workers, first responders, etc).

I am super excited about these tests!

Cheap, fast, ubiquitous and accurate enough tests could solve this pandemic even before a vaccine or treatment. You could send a test kit to every house, identify potential positives and re-test them with the more accurate PCR test. Quarantine houses with infected people, providing sufficient compensation (groceries, access to the internet, sick pay, whatever needed - this is way cheaper than a pandemic). Keep using rapid tests + PCR at the border.

You could test everyone before they enter particularly dangerous places - nursing homes, meatpacking factories, cruise ships.

A million possibilities open up. It could change everything.

This one has only been approved to be used by medical professionals on symptomatic people (it was only tested in this context, with 107 people). If this test remains this accurate even when performed at home on asymptomatic people, it could be it. They can produce 50 million tests per month, and at first it is going to hospitals. Maybe other companies can license this technology, maybe ubiquitous fast and cheap tests will be a reality around the world before 2020 ends. I am cautiously optimistic!

My guess is they would immediately re-test any positives before denying them entry, possibly with multiple tests simultaneously and then look at the preponderance of results. Cheap and fast tests would allow that.

I don’t think so. Usually, one doesn’t take a slightly inaccurate screening test and hope to improve the accuracy by repeating it. One moves to a better test. That is true for every screening test I can think of.

You could send a test kit to every house, identify potential positives and re-test them with the more accurate PCR test.

I think this is how it would have to work. But they couldn’t do this every day, which is the original scenario. It might be possible to do it once per vacation. But then, there’s the possibility that someone turns positive after the test but before they complete the vacation.

Then there are the personnel and infrastructure required to track all this, which will far exceed the cost of the test itself. I just don’t see it happening at Disney. It’s cost prohibitive.

And IF they did all this, would they get rid of the other safeguards, such as masks and social distancing guidelines set by the state? I don’t think they can.

When you look at how uncommon the disease is, how hard it is to catch at a place like WDW, how unlikely it is to be fatal, and how inaccurate the test is when given to large numbers of people, and the cost of doing so, it’s unlikely this test would play a role at Disney.

I could see it at a one-off event like a meeting or a game, or some of the other things you mention, though.

Usually, one doesn’t take a slightly inaccurate screening test and hope to improve the accuracy by repeating it. One moves to a better test. That is true for every screening test I can think of.

Except…it’s how WDW is already handling the temperature screenings… (And how many places that are utilizing the current rapid tests are covering for false negatives, by administering the rapid tests on a sometimes daily basis.)

Or perhaps they’d invest in one of the more accurate testing machines and the needed lab staff and whatnot. I’m not sure how obtainable those are at this point.

My understanding with the current symptom screening is that they are denying entry to the entire party. Perhaps they would just utilize the rapid test in those scenarios.

It’s an interesting possibility. I don’t see it happening short term fir all the reasons mentioned, but it could become a long term solution if the vaccines get held up.

They’d have to be able to do 1000-2000 PCRs a day. That’s how many false positives they’ll get if they test everyone who goes through the gate at WDW. I just don’t see it happening.

It’s different from taking a temp because that could mean anything. Here, they’ve told someone they have a specific, serious communicable disease. That has to be followed up, especially if they’re staying on site.

Just to clarify, I was not really talking about Disney. I see a lot of potential of rapid testing as a tool for public health professionals. I can only imagine the plans a specialist might be able to come up with if they have access to this, but it could completely change the course of this pandemic.

Personally I think it is unlikely that WDW becomes corona-free before schools, nursing homes, factories. Maybe I am too optimistic, but I would hope policies would be tailored to maximize overall impact.

For anyone who is interested, here’s an article I found that uses tests with 99.8% specificity. Because the incidence of COVID19 in Iceland is so low, they actually recommend using BOTH of them at the same time to reduce the number of false positives:

On the other hand, the sensitivity was only 92% which is pretty low, but may make sense considering their infection rate is so low (less than 1%). I wonder if there’s a tradeoff between the two? I hope not. It would be nice to have the perfect test.