October, December, April, August — what is Mousematt doing next?

This is one of those threads that’s more for my own benefit, but some people might find it interesting.

Technically, next up for me is a trip to WDW in October. Woot. Except there are so many reasons for not taking this trip that it is almost certainly not going to happen. First, the travel ban (ahem) is still in place and the latest speculation is that it might not be lifted until November. Second, Florida is a festering pit of COVID and it’s a hell of a risk to travel there, not least because if I were to test positive before my return flight, I wouldn’t be allowed to fly home and then what? Third, the timing isn’t great for me. As a self-employed person I can take vacations whenever I want, but as a teacher I like to work to the same schedule as schools and they’re not on a break when my trip is due to take place. Finally, if I take this trip I will use up my flight voucher to do so. That means my summer 2022 trip costs will rise because I’ll need to pay for the flights. I have no budget for this.

My next reservation is for DLP in December. I got a great rate for this because I chose early mid-December, when the schools are still in session. It’s three nights at Sequoia Lodge, which is DLP’s version of WL, except it’s more of a budget hotel. The rooms don’t look great to me, but I have romantic notions of the public spaces being magical at Christmas. I have three nights, and pretty much three full days. I may well take one day to go to Paris itself, as I did during my trip last year. This trip will happen unless COVID goes nuts again and the UK or France make the trip impossible. Which is what happened to me in April this year, when I got an amazing rate for a two-night stay the Disneyland Hotel, which is DLP’s version of GF. I’ll never see rates like that again and, besides, the hotel is closed now for a major refurbishment.

After that comes DLP in April. This is timed to coincide with my birthday. It’s only two nights and I’m staying at Hotel New York – The Art of Marvel. This is a completely refurbished hotel that has been drenched in Marvel theming. It’s only just reopened. It’s currently the most expensive option at DLP: hence the two-night stay. It feels a little indulgent to be going four months after the December visit, and it will be busier, but it will exciting to see the new hotel and it is my birthday. So, again, this will happen if the respective governments allow it. Unless I can’t face going back so soon and think of somewhere else to go. (My budget for this two-night trip is $2,200. Compared with my budget for the three-night December trip, which is only $1,650. These include a night in the airport hotel and flights, as well as accommodations, park tickets and food.)

DLP has been much more conservative about COVID than WDW. There are no fireworks (I guess partly because the castle is being refurbished and is covered in scaffolding and scrims) and there are still social distancing measures. And possibly mask requirements. The castle may be finished by December; certainly by April. So I may get fireworks on at least one of the trips.

Which brings us to WDW in August. Regular readers may remember a plan I hatched to take two of my friends to WDW this August. Obviously that didn’t happen. Well — assuming my October trip this year doesn’t go ahead — all three of us now have flight vouchers, so August 2022 WDW is definitely happening unless, well, you know. The plan is to spend five nights on-property at WDW (I’m thinking Pop because it’s relatively cheap and has the Skyliner and refurbished rooms) and two nights on-property at UOR (I’m thinking Royal Pacific, because it’s the cheapest deluxe that gives Express Passes). The budget for this trip is $3,600, which doesn’t include flights as I will have my vouchers, but does include hotel airport, WDW and UOR hotels, tickets and food. I’ve already paid for my friends’ flights — the rest of the cost of the trip they’ll be paying themselves — so my budget is just for me. My flight vouchers are worth $3,000 — because I’ll be flying Upper Class, i.e. business class.

So it’s a wait of another year to see WDW. August 2022 might be a good time to go. I think the horrendous weather is fun and all part of the experience. Presumably (?) by then things will be looking reasonably normal (?) and a number of new attractions will have opened: MMRR (which already has), Remy (which definitely will have), and maybe Tron, Space 220 and GOTG.

Two things continue to frustrate me. First, the uncertainty of knowing if any of these trips is actually going to happen. When I booked them, the DLP trips seemed secure, but there’s talk of the possibility of new COVID waves later in the year. The UK hasn’t decided if it’s going to offer booster shots — will France require them of visitors? The trips depend on both governments cooperating. Which brings me to my second frustration: the continuing US travel ban. I mean, at this point it’s pretty much moot to me. But it still blows my mind that you’ve cut yourself off from the entire continent of Europe for coming up to a year and a half. I keep going on about this partly because I can’t understand it, and partly because I don’t think anyone reading this really thinks about it and takes it in. It’s so wildly unprecedented. It must be having an impact on your economy. Why don’t you care? I just don’t get it. I’m just one person and I’ve redirected over $10,000 in spending to other countries because of the travel ban. 1.5 million UK residents normally visit Florida alone each year.

Well, those are the plans right now.

But it still blows my mind that you’ve cut yourself off for coming up to a year and a half .

I keep going on about this

I really hope you get to take at least 3 of these trips. I don’t think your October trip stands a chance.

No opinion on the travel ban per se (whether it’s a good idea or not – my head hurts from thinking so much about covid that I don’t even want to add another question to debate to it). But re the economy, all the hot tourist spots here are extremely understaffed. So demand is not a problem right now. Maybe like a year ago it was. But places like FL, Hawaii and national parks have been (by all news accounts) drowning in demand this summer until maybe the last couple of weeks.

So, I don’t think there’s a lot of economic pressure at this point. But I’m sure there will be at some point.

I mean also not as many people here are going over there even if it’s allowed (anecdotally is my impression). So perhaps the dollars spent here by Americans and the dollars spent there by Europeans all vacationing more locally … balances out?

I really hope you get to take at least 3 of these trips. I don’t think your October trip stands a chance.

I haven’t taken the steps to cancel October, because they don’t have to be taken until much nearer the time and, well, you never know how I might be feeling in a month’s time. But right now, I pretty much don’t actually want to go and don’t care if I can’t.

But I do want to do at least one of the DLP trips and definitely WDW next August.

The marvel hotel sounds fun. Please post lots of photos of that.
Fingers crossed the plans you want all work out

Sorry to say, but I don’t think the October trip is going to happen. I’d go ahead and cancel instead of worrying about it. Save that money for the other trips. BTW–are you saving any money for retirement or do you plan to work the rest of your life to support your Disney habit?

Too bad it couldn’t be July 2022 during the Epic Liner Meet-up.

Hey, when is the Epic Liner Meet up?

Next July, towards the end iirc.

We’re at DLP at marvel now. Trying to work out how to post photos as it’s great! Said on other thread - we were really not impressed by sequoia in Dec 2019 but not sure if it’s had any work since then- prob not as they were going Marvel & now the DL hotel.

Similar reasons for being here as shldv been in wdw/UOR in July/aug as a redo of last summer. Also have an unlikely quick trip lined up in oct & also leaving it last minute to cancel.

DH was desperate for a Disney break so here we are- and it’s fun but it’s not wdw!

Most people are aiming to be there over the weekend 22-25th July. There’s a thread, I’ll find it and add the link.

Adding pics is really easy from your phone. When you open a reply, there’s an upload button. 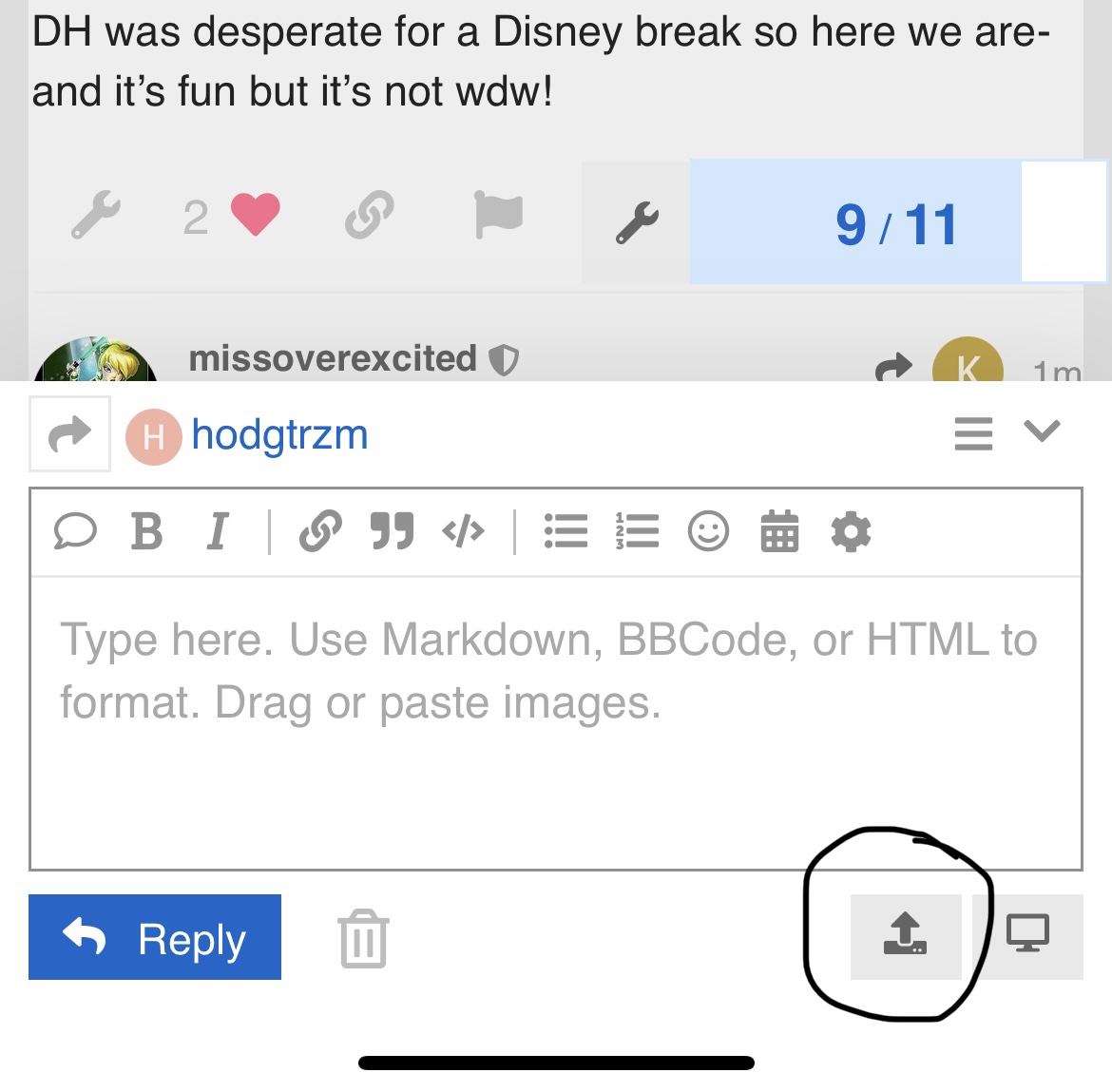 Then select your photo library and choose which pics you want. 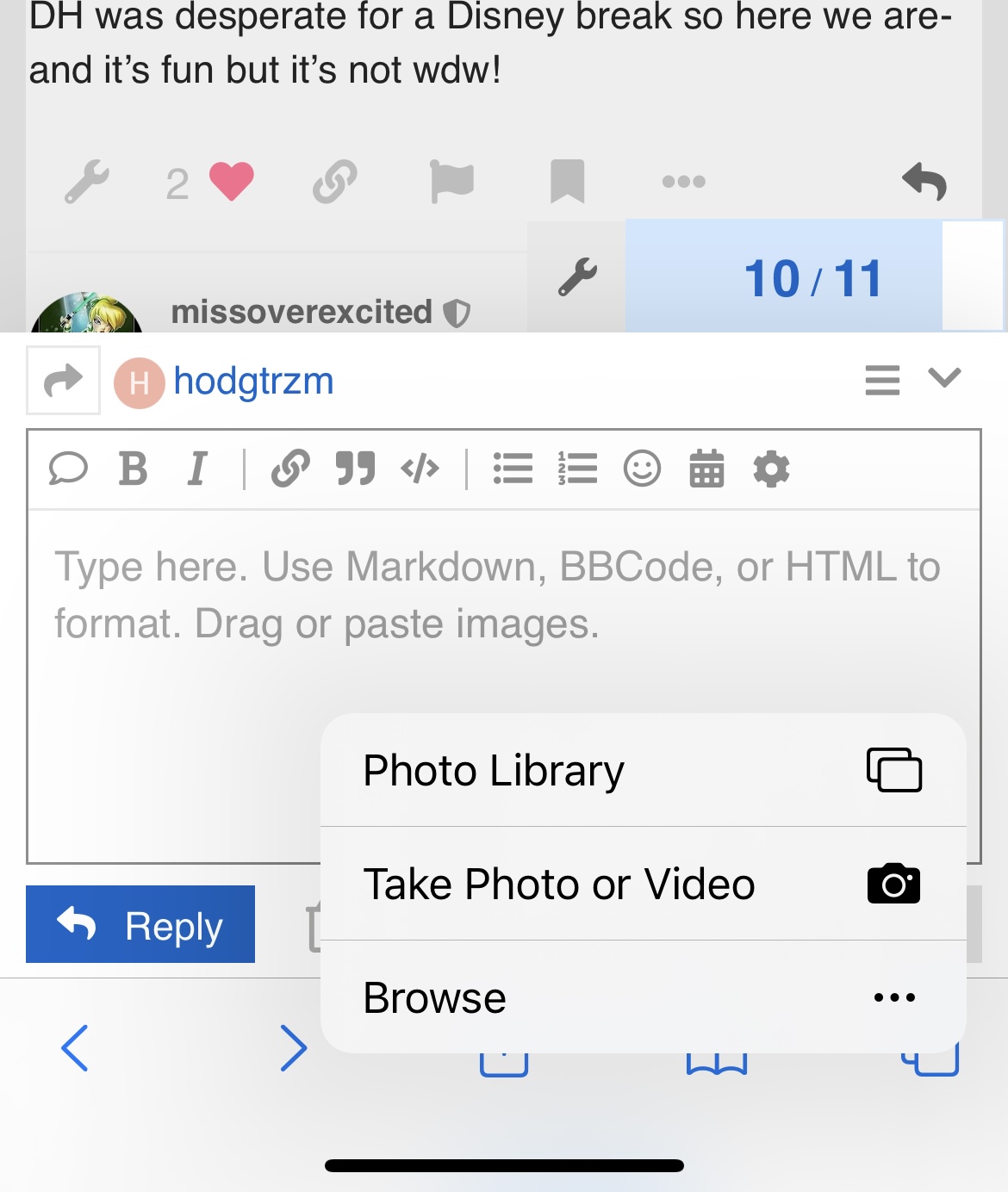 And that’s it! This is an iPhone, it might look slightly different on an android etc but should be the same process. 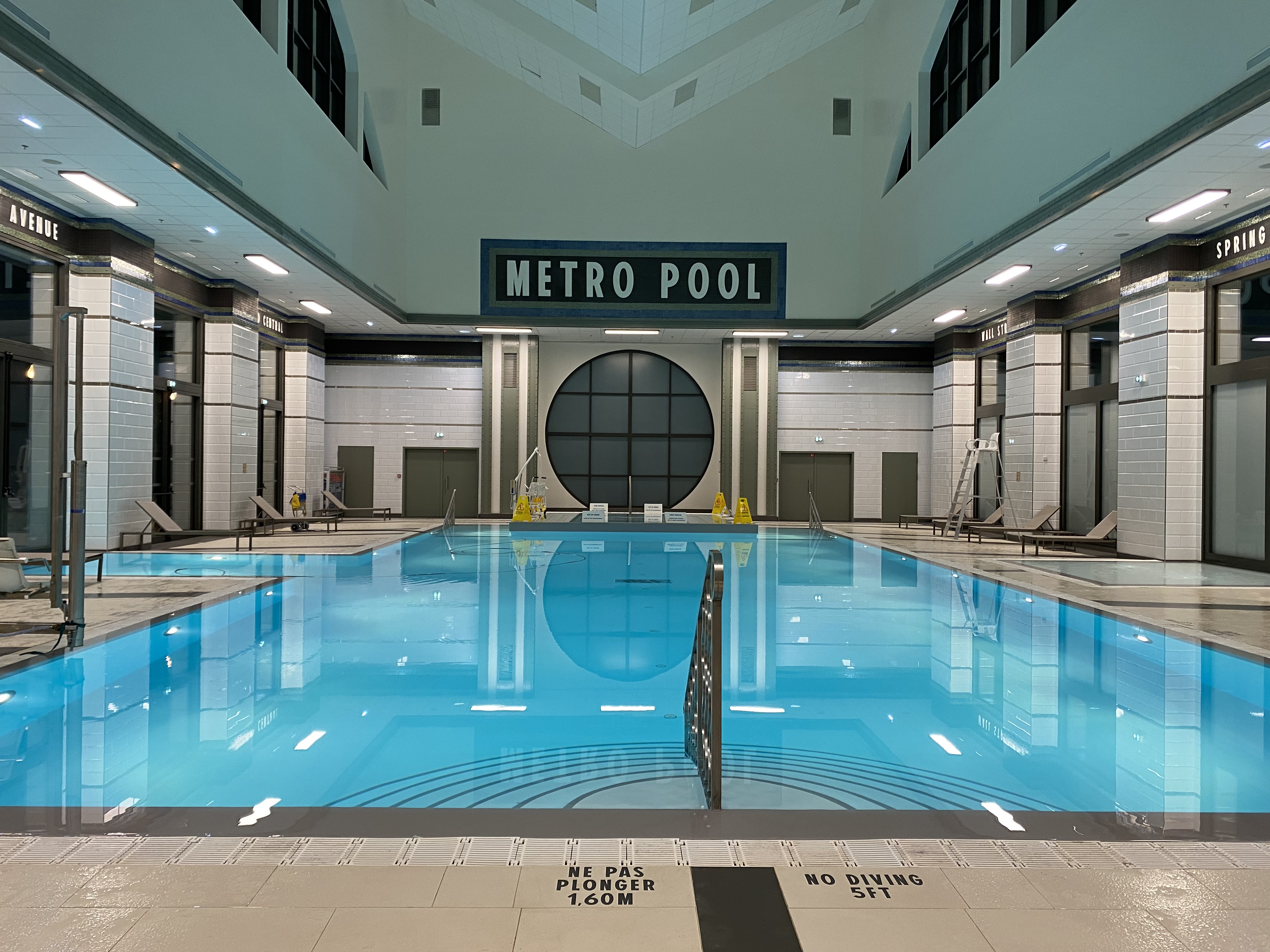 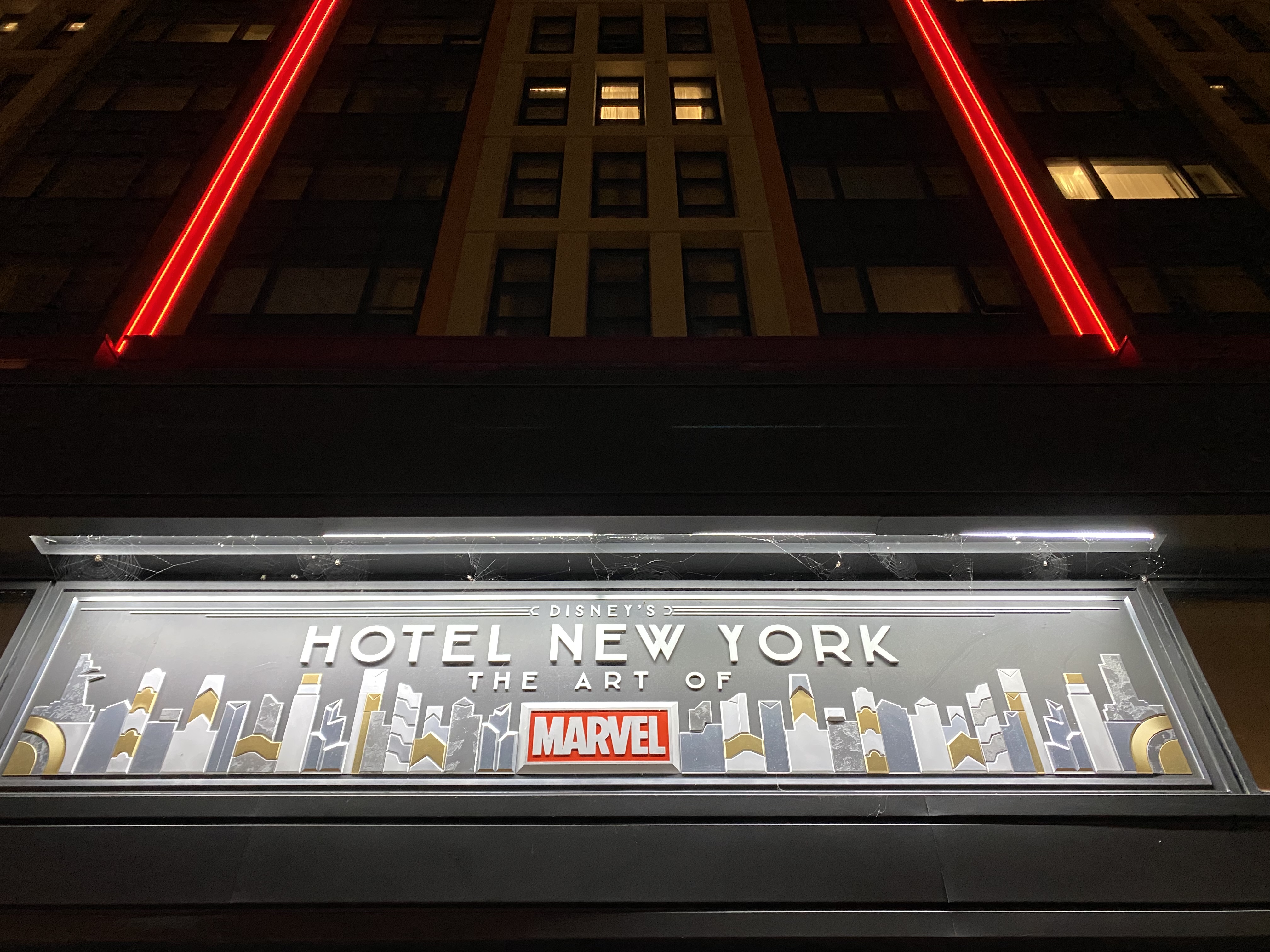 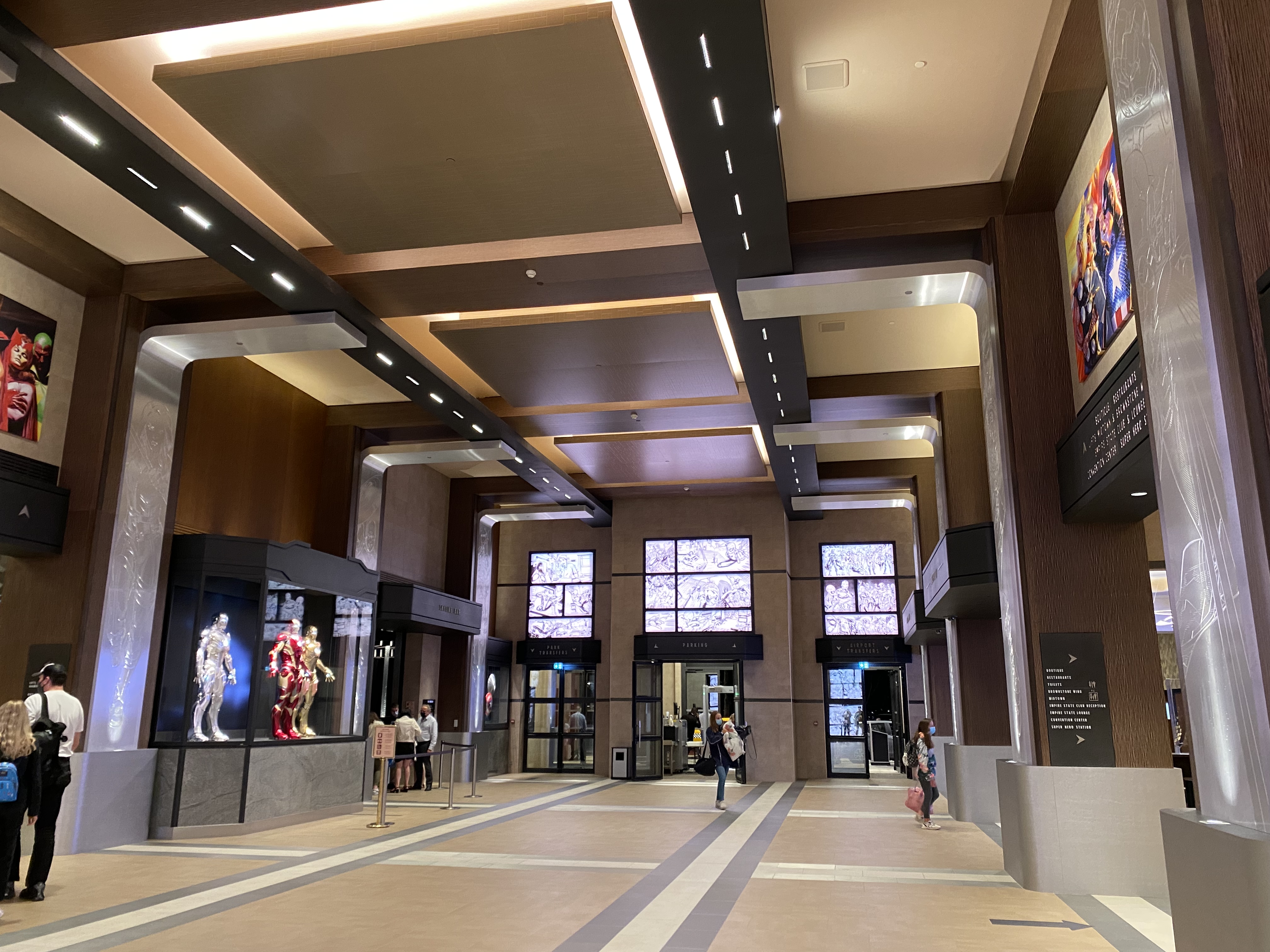 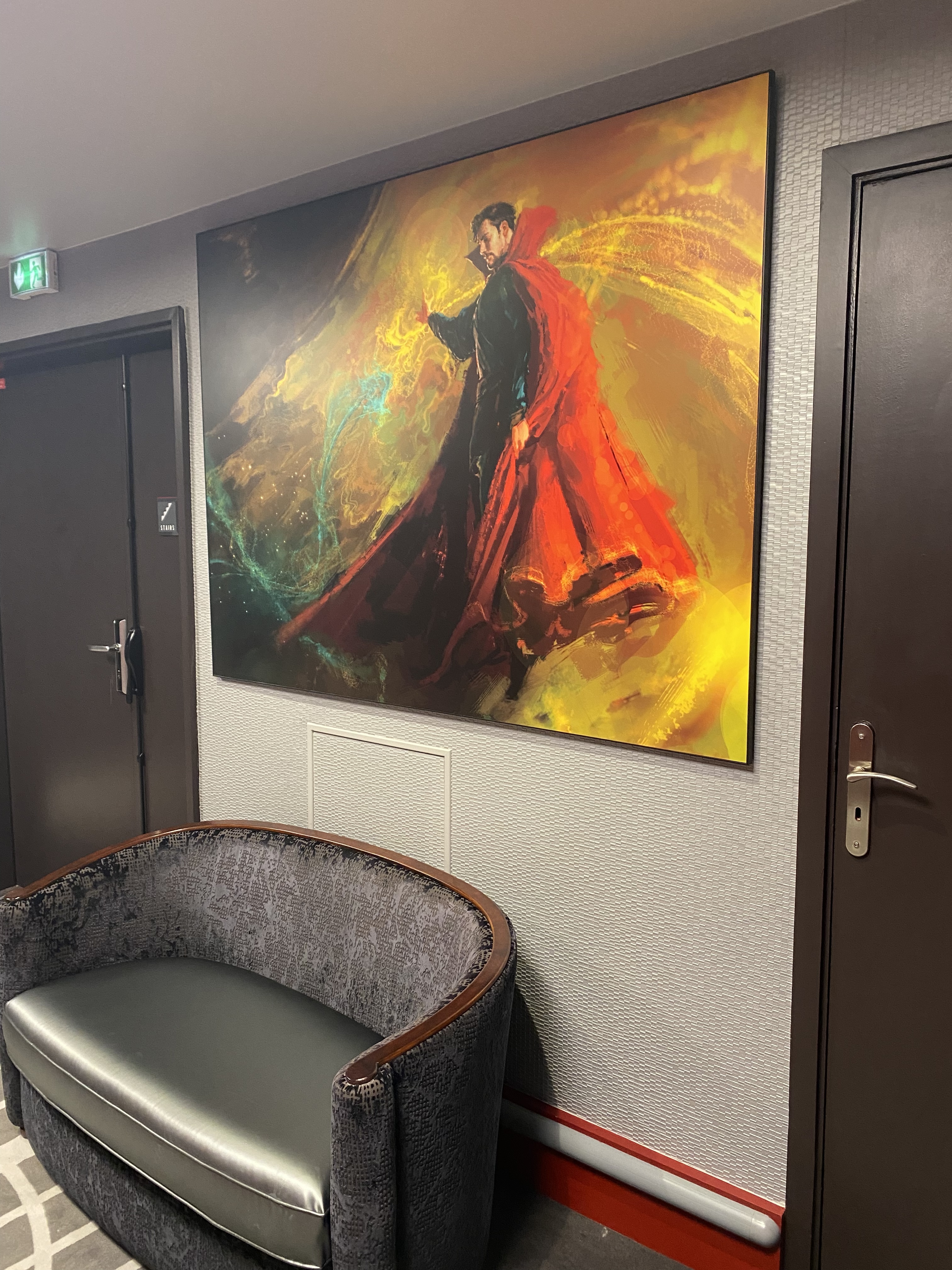 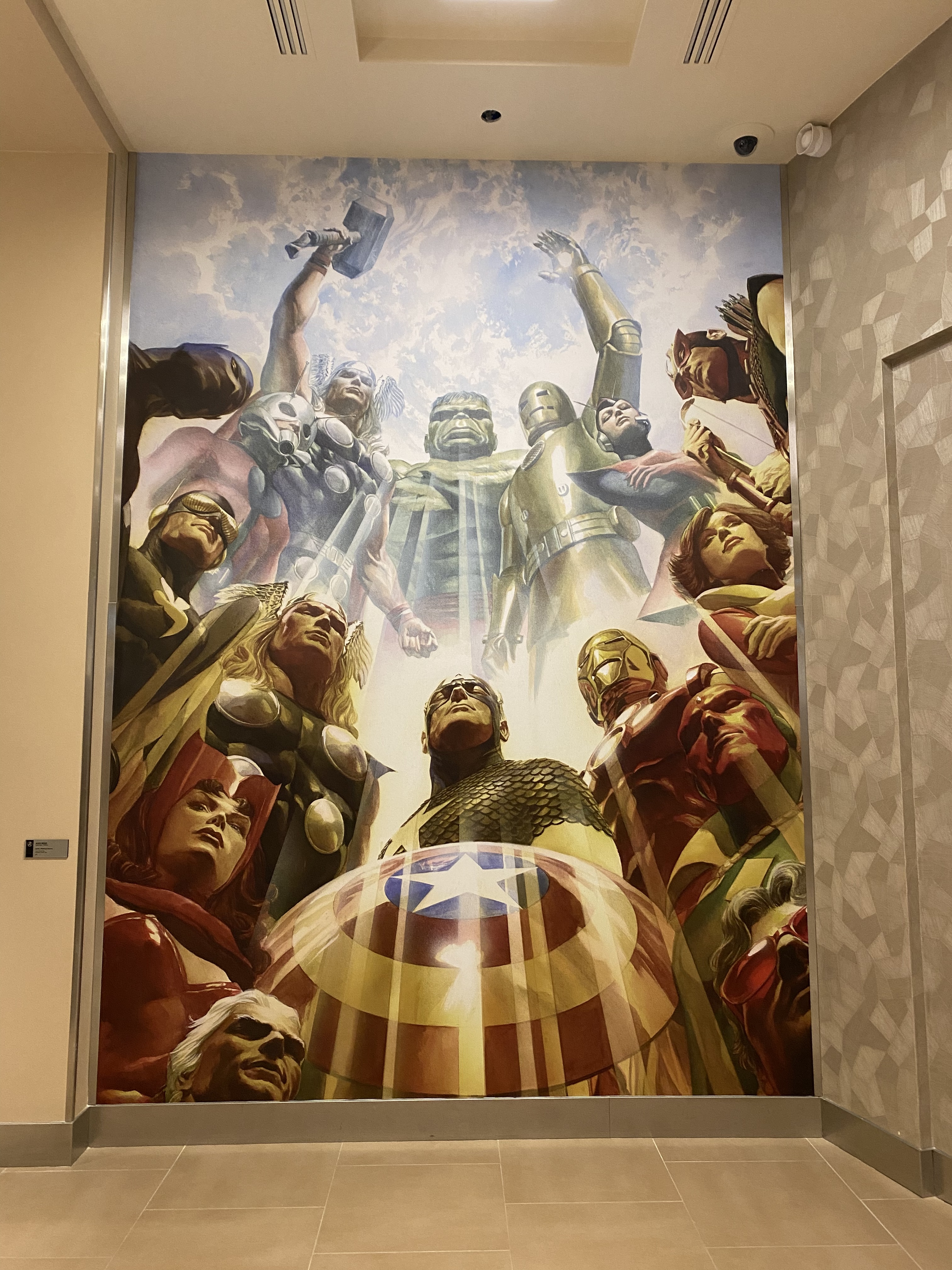 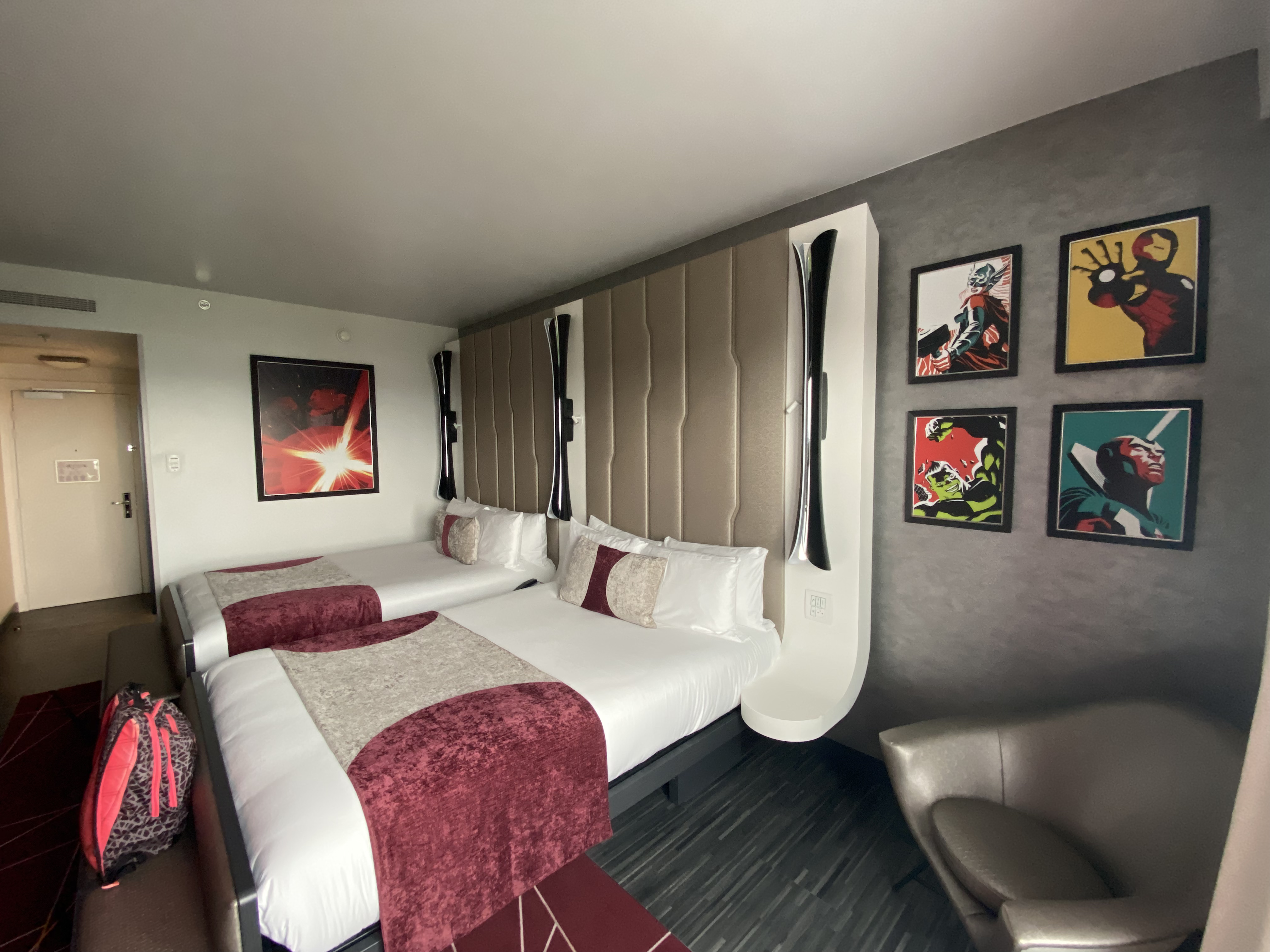 Is that a regular room, or are you in the Empire Club?

We are club- but don’t know that the rooms are very different from photos?
The mirror/tv screen is very fancy

Well, thanks to @hodgtrzm there has been a change of plan.

I’m now staying at Hotel New York in December (she didn’t recommend Sequoia Lodge, and the pictures of the rooms don’t look good) and Newport Bay (Compass Club) in April (cheaper than HNY, which I’m now doing in December anyway).

Am I costing you extra £?

Am I costing you extra £?

Yes. Would you like to reimburse me via PayPal or direct bank transfer?

I’m quite fussy about hotel rooms. I was reasonably happy with Hotel Cheyenne last year, which is obviously much cheaper, and I would stay there again, but I think HNY will be much more impressive at Christmas, and the April trip is for my birthday so club level at NPB is entirely justified.

Actually, the April trip got cheaper, but the December one got a lot more expensive as HNY was double the price of SQL. The net effect was that the budget increased by $700 for the two trips, or about 20%.