Oh trust I want to be clear and on record as saying I was not considering that at that price. I completely agree with you. That would pay for a night at the contemporary for those 2 magic bands.

I have a HM MB that I can confirm goes ooooooooeeeeeeeeoooo and a creepy green light goes off when you tap in at HM.

I have a HM magic band that doesn’t do anything. Is yours limited edition? 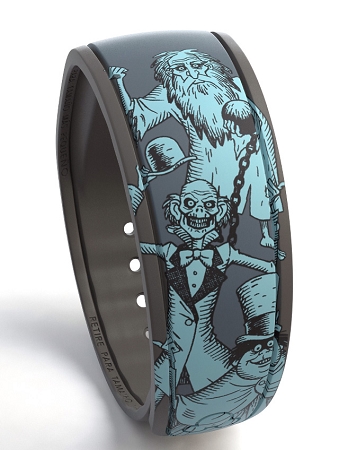 Ah I see, you must have the 45th anniversary LE HM magic band! Very nice!!!

I don’t remember honestly! It’s a cool wallpaper pattern though! 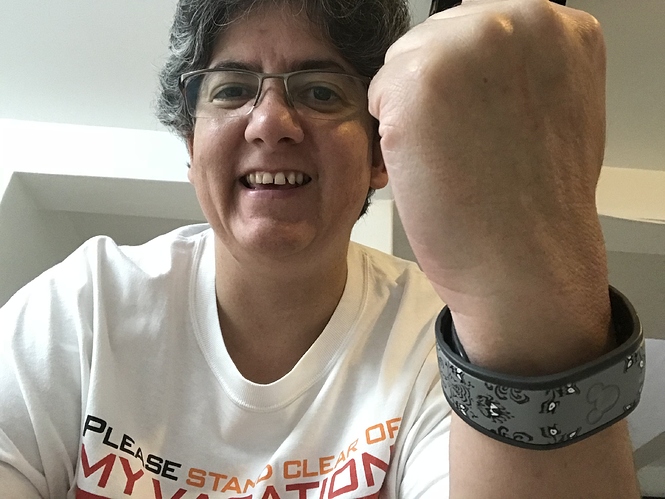 Uhm… it was one of the first so I don’t think it was anniversary limited anything and it wasn’t that expensive either. It was 19.99 I think.

Better photo without my mug in it: 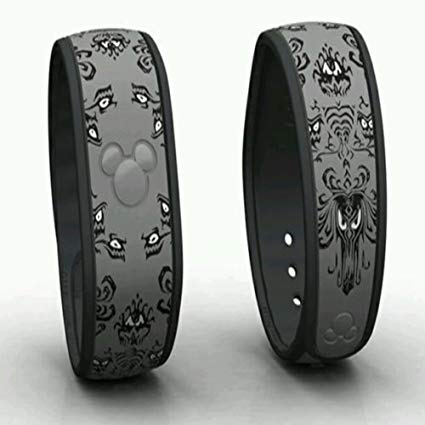 Well thats cool!! Im going to have to try mine out again and see if it does anything. Ugh I’m totally addicted to the magic bands now. I would really like to get a 2018 MNSSHP Magic band but I’m scared they will be sold out by the time I go in September. Maybe not though as I’m not even sure they are out yet…

Try it in the HM FPP queue @McMillan! Mine doesn’t do anything at park turnstiles.

It’s amazing! We dined there last trip and it was an instant favorite. My son cannnot stop talking about the flautas!

What were they stuffed with???

I WAS thinking I must have this. That price tag has changed my mind

Once SWGE opens maybe they will have new ones. 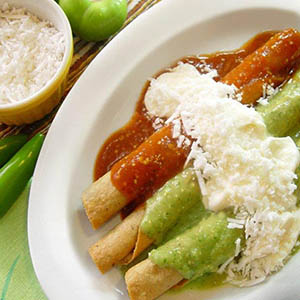 I don’t like barbacoa but I will ravenously eat all the rest amiga. With cream and cheese ‘cause I’m a lousy Mexican who doesn’t eat chili.

‘cause I’m a lousy Mexican who doesn’t eat chili.

I’m mostly German, but I eat Chili. But you’ll never find me eating Saur Kraut. Or pretty much anything German. German cooking is so bland it is ridiculous. (Except maybe some kind of German sausage…but I suspect the kind of sausage I like to eat isn’t of the German variety.)

How are the tamales at La Hacienda?