Plans have been filed for a new 350 Room DVC Tower next to the Disneyland Hotel. 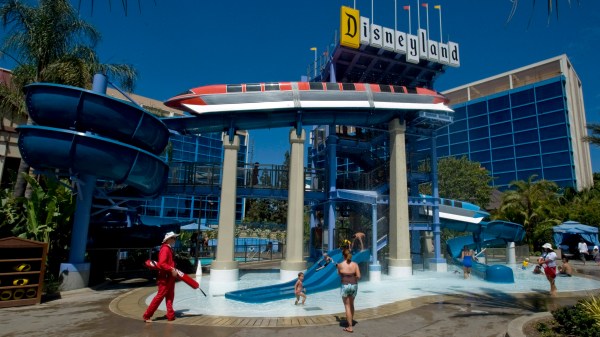 Disneyland submitted an application on Friday, Nov. 22, to the city of Anaheim for a conceptual development review of a new 350-room Disney Vacation Club tower.

What I don’t like is the proposed room breakdown, which was released yesterday.

With so few 1&2 bed villas, it’s less likely we’d stay there. If there are only studios available, then we may as well stay offsite but nearby in probably a much bigger room for the fours of us. Or even two rooms.

Did I also hear they have lowered the building to 7 floors?

Not sure. The only link I saw was to the OC Register, which I could open but immediately got a “subscribe now to read this” message.

The lobby will be two floors high though.

This proposed room breakdown seems to be following the booking trends at DVC resorts (ie, studios are the most popular room type). Additionally, most families are only going to stay at DLR for 2-3 nights and not need the amenities from the 1 and 2 bedroom units (washer/dryer and kitchen).

My parents and sister and I (all adults) have stayed at both the Disneyland Hotel and Grand Californian in the last 5 years (multiple times at DLH).

The DLH and CG regular rooms sleep up to 5 adults (no additional charges). The DLH rooms were definitely the better of the 2 (GC rooms were overtly smaller).

IF (and this is a big IF), the studios at the new DL Hotel DVC are the same size as the regular DLH rooms, they will be quite roomy compared to their WDW counterparts at Boulder Ridge (which was pretty cramped by my standards for multiple adults).