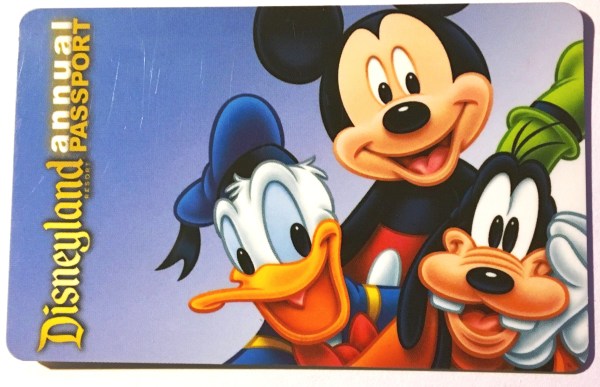 Roughly, starting June 2019, Disneyland will be block to certain AP holders on certain dates. The articles mentionned that it is to control the crazy crowds that are expected for Star Wars: Galaxy Edge.

It sounds absolutely crazy to me! But I also know that the crowds will be out of this world when Star Wars opens.

When I saw this on chat my first thought was that they must be expecting Galaxy’s Edge to be open by June?

So if you go on the disneyland website it gives you a preview of the blockout days for june next year. It looks like the deluxe pass is going to get a lot more blackout days!! The whole last week of june is blocked for DL only. If July looks the same I might have to upgrade. we always plan a summer trip and of course im gonna want to see star wars at least once. Other than that im not too concerned about it. .Sounds like a lot of people are losing their minds about this

Disneyland did announce summer of 2019, so with this news, I’m guessing the same, Late june early july 2019

From the block out dates, it looks like Galaxy’s Edge will be opening in the first part of June. Is the crowd calendar done with that opening date in mind, or will the crowd numbers be updated?
I wonder if there will be lower crowds in the months leading up to Galaxy’s Edge opening, or will it be just as crowded.
Thank you!
Tracie

We were fortunate enough to swing upgrading from Deluxe to Signature passes last month. But I know for sure that were we not able to swing the upgrade & were then affected by the Deluxe blockouts I would be super disappointed, especially since the Deluxe pass saw the largest percentage of price increase in the most recent AP price increases.

Also, as someone who remembers just 4 years ago getting a pass good for 365 days that is less than the now Deluxe prices, these increases have been insane! I know they want to make sure the opening of Galaxy’s Edge is a premium experience for those willing to pay the $$$ for it, but it’s still just nuts especially considering that they will likely raise prices again prior to Galaxy’s Edge’s opening.

I think that’s exactly what this tells us! I am guessing mid-late June 2019 with paid previews the week before. If the $299 they are charging for the Pixar Pier preview the night before it opens to the public is any indication then any previews for SW: GE will likely be another $100+ to see it first and will probably sell out crazy quick so I think they’ll do at least 2 maybe 3-4 in the week before it opens to the public. But this is all my personal speculation so I could be way off the mark!