Never Tell Me The Odds: A Family Trip Report

I wanted to do a quick write up on the ECV that we used. I believe that ScooterBug is the only official Disney vendor right now. Our agent told us that she’s had clients that weren’t happy with that company recently, so I researched some other options. We used Buena Vista during our last trip and had no problems. This time around I read a lot of good things about Gold Mobility. It was cheaper than Buena Vista, so we went with Gold. Both companies would require someone to meet them to pick up the ECV and return it. The Gold Mobility ECV has really nice lighting underneath. It made it a lot easier to see Dad in the parks at night. It also came with a charging port, rain cover and 4 reusable rain ponchos. Their ECV’s are all supposed to be fairly new, so we were told that it was unlikely to have something go wrong with the ECV.

Well, we were the unlucky ones. Our unit did not work after a very short time. At first, we thought my dad didn’t charge it correctly, but that was not the case. He had to go without during the morning, and that was very difficult. We were doing Epcot that afternoon, so we went back to the resort and texted the help number. The customer service was very quick to respond. Someone from the company was at the resort within the hour to replace ours with a brand new unit. It didn’t even have the numbers on it yet. That unit worked very well for the rest of the trip. Dad had several people in other ECV’s questioning him about where he got that one. We really, really thought the lighting was a big help at night. So even though we originally had one that didn’t work, I would say we were still happy with the company and the ECV.

ECV has really nice lighting underneath.

I’ve seen those around the parks

Awesome photos. I liked the mix of locations with the Mickey wall, bicycle gate (really cool) and the tree.

Reading your trip report and @OBNurseNH trip report I got excited for my Labor Day week trip…but your input in the lines has me pausing (not to mention Florida’s numbers right now). I thought Sept would be low crowds, but not so sure now. I thought I was safe with September. Dang. Leaning towards canceling and trying again in January.

I’m sorry. I know it’s a tough decision. We had an amazing trip, and I’m so happy we went. But it was crowded with long lines for many of the attractions. Without rope dropping almost every day, we would have definitely missed some of the big attractions. I just wanted to be honest about that.

Sadly, neither one as good as the ones at Disney. I mean, I will still eat them. Just not as good! 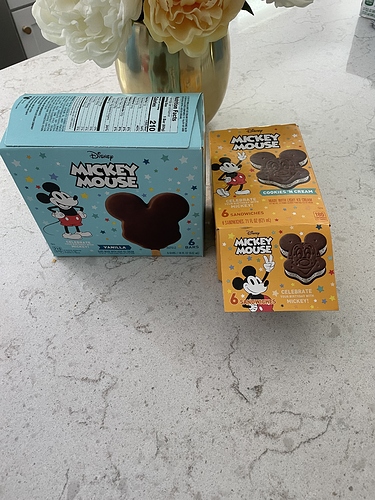 I’m glad to hear those aren’t as good as the park ones! I wasn’t impressed with the grocery store version so I’ve never tried the ones in the park. Maybe I need to give them a try.

I have a larger version of that blue box in my freezer (BJ’s sells them in bulk!

I 100% agree that they don’t taste as good as the ones in the park (they are also smaller), but they are better than not having a Mickey Bar at all!

I remember there was a slight disagreement with the Fab Four, @Dreamer, @Wahoohoki, @JustKeepSmiling, and @Julianne_fki about which one is better, the Mickey bar or ice cream sandwich. For the first time, I had both. Mickey bar > Mickey sandwich. Just by a little bit!

At least in the grocery store versions, I 100% agree.

That is true. I believe it was three to one in favor of the sandwich. Now @Dreamer will definitely want you to join us to be team Mickey Bar with her!

Wow! I thought it was the other way around.

I haven’t even been interested in purchasing the Mickey sandwich …definitely team Mickey bar here!

It was in the park. I haven’t tried them at home. I did get the little Mickey ice cream cups once. The ice cream is meh, but I loved having them in the freezer. 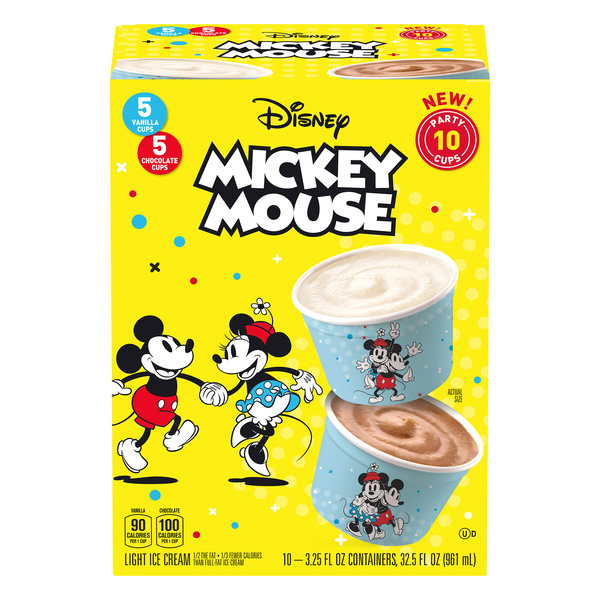 How is it possible for you to be such a good person but also so very wrong about this topic?

Sandwiches. Because Tangled. And Joey Tribbiani.

So is the point where I admit I don’t really like sandwiches of any kind? Except burgers. But are those really sandwiches? Maybe we need an entire thread devoted to that topic.