My Optimism Has Pretty Much Vanished

I love her face! Glad you have each other!

Thank you!! Me too!! I had lost my tuxie Mo in early February and did not think I was going to be ready so soon, but I saw her on the ASPCA page and took a chance that she would still be there. I did not ask about “Skylar” (her former name) but my volunteer immediately matched me up with her. I cannot imagine dealing with this self-isolation thing without a fur baby, especially since I live alone!!

I am frustrated by the lack of certainty. I have a late June WDW trip booked. I’m pretty certain it’s not going ahead, but WDW won’t let me cancel it without paying $125 (yet they will for US bookings) and Virgin haven’t cancelled my flights yet (I can’t cancel them as they’re non-refundable). Now that I’m focussing on my October trip, I’m kinda relying financially on the June trip being cancelled. But no-one wants to commit to that. UOR announced today that they’re not re-opening before June, which is greater clarity than Disney is offering.

I’ve always been a bit of a hermit, but I must have had a total of five minutes in-person conversation in the last three weeks. I talk to my students online and to my friends on the phone every day, so I’m not lonely exactly. But it’s weird. And it’s even weirder when I’m walking the dog and people literally go out of their way to avoid each other. It’s (literally) so unnatural.

Since I discovered WDW and started directing all my money to them, I haven’t really left my home town very much. So I’m used to that. Except that I’m finding it claustrophobic that I’m now not allowed to leave it. It’s not that I want to, necessarily, but that if I did want to I can’t.

The closest I got to freaking out was a few nights ago when our prime minister, Boris Johnson, was admitted to hospital and put in the ICU. I’m not a supporter of his politically and I don’t buy into all the emotional nonsense surrounding his being in hospital, but it freaked me out that my country’s prime minister has been pretty seriously ill in hospital and it’s not super-clear who’s actually in charge.

When I tried (and failed) to cancel my June trip I cancelled all the ADRs. The other night I reinstated them all (which was surprisingly easy). I don’t know why. I can’t imagine the trip will go ahead. But I thought “well, maybe?” My FPP 60 days is coming up. I’m going to book them, I think. That coincides with my October ADR 180 days. I’m going to book them, too. 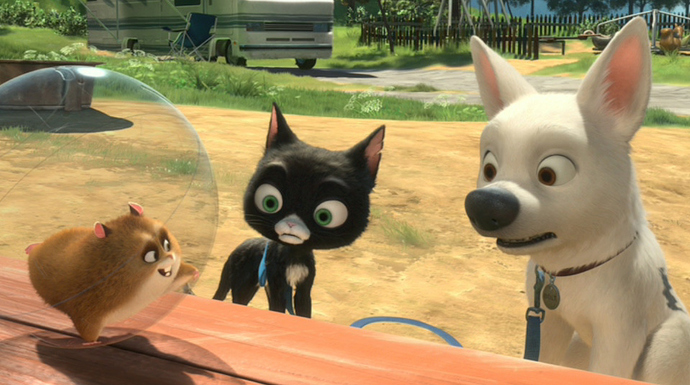 My biggest frustration currently is that I am not in control, and in a wait and see mode with David’s. They insist on being the ones who reach out and while they are giving updates, no specifics yet. Looks like we will get a credit, but what will be available for our back-up July dates. Or, do we just use the credit for a direct Disney booking…but where and what will be available by the time they get to me?

I am 100% ready to just move it to the back-up July dates we have, but want to know what David’s is doing before I love in that direction.

Mine too. I went from “I’ll have waited 45 years to go to Disney, and I am planning our first trip. Goodie. Goodie. Goodie”. to “Meh, If we hadn’t told DD about the trip, I’d cancel it.” That is a big shift.

Disney Plus is a bright spot. My parents didn’t like movie theaters, so there are a bunch of classic Disney movies for me to watch. PlayOn added a Disney+ channel, so buffering isn’t a problem anymore.

Why I haven’t rebooked yet; it’s ever changing. Thankful I booked my mom’s June road trip with only hotel reservations, nothing prepaid; so if it has to be cancelled/delayed it will be easy to do.
Was hoping for June trip to WDW, maybe that will be July instead

If July, then will likely go again in September for F&W again. All depends on how far out AP is extended (expiry was July 1)

We also just got cats right after losing our almost 17 yr old kitty. It was a little abrupt but my kids had been begging every. single. day. since she passed in Nov, and someone on one of my facebook groups desperately needed to rehome 2 older bonded kittens. They are great! I am so excited to have purrs and meows in the house again. I was talking to her before the shutdowns began but she texted me asking me if I wanted them right when my kids got sent home from school. Weird way to get cats but it worked out. I couldn’t go meet them first, she had to bring them out to my car, and we stood 6 feet apart while we chatted about them before I drove them home.

My plans that existed when all this started were only our family spring break vacation in April and a solo cruise in June for me. Both were easy to cancel and I did. I hate this uncertainty b/c planning vacations far in advance is one of my greatest joys. I’m trying to think ahead to what I might feel comfortable doing and think about that, but it seems too early to even do that. I do know that a road trip to the beach where my family spent almost all of our vacations when I was a kid has gotten much more attractive than it was before. It’s a long drive but I’d take that over flying anytime soon. And it’s the kind of trip where I could just book a cancellable hotel. But I don’t expect this to happen this summer, maybe summer 2021?

I agree: it was scary that Boris Johnson was ill, a major world leader; I feel awkward trying to avoid people while walking around our neighborhood, like they’re going to think I’m being standoffish or something (I have a bad memory of a woman who got miffed that I wouldn’t shake her hand at church during the Kiss of Peace shortly before all that stuff got banned----I was waving at her and everyone but she got really offended); and, the lack of certainty about any future date of…well, anything. At the moment the only thing at all on our calendar is a specialist dr appt for me at the end of April. I’m 99% sure it’s cancelled but it was hard to get so if they still give it to me…should I go? Probably not b/c it’s not essential. I typically rely on my calendar (I’m old fashioned, it’s paper) and look at is many times a day. There is truly no reason right now to look at it at all, except that I’ve been recording every day what day it is of this, which I started the day after the kids’ last day of school. Today was #27.

I really hope they let you cancel without penalty.

I completely understand being a homebody for the most part but being bothered that you can’t go where you want.

I hope your PM is doing better at this time.

I read that last night in chat. I’m glad they but a specific date on there but know full well it’s not necessarily the final specific date for this event.

Oh, I’d be so frustrated by that, too. Not being in control.

I don’t think I’d ever rent DVC except direct from Disney after what I’ve seen some of y’all go through.

I need to watch some of those classics again. I used to watch the Disney show every Sunday night when I was growing up.

Our furbabies are really a blessing during this time. Glad you got them.

I need to watch some of those classics again. I used to watch the Disney show every Sunday night when I was growing up.

Me, too! It was the start of my desire to go to Disney. It is also the reason I hate football since it always ran late and overrode my Disney show even if they were just blathering about the finished game.

Speaking of lack of optimism. I am a pretty optimist person. Before this when I’d see a firetruck or ambulance with the sirens on I’d think, “Someone is getting the help they need.” This morning I literally had tears in my eyes.

I’m with you on David’s being in control . . . my trip was to start April 28, and have heard nothing back from my initial email. I understand this is “uncharted waters” - this has no precedent . . . but it’s a lot of money to not be able to use at all.
My concern grew today with the California governor and Florida attorney general saying theme parks may not be able to open for 12 - 18 months or until a vaccine is developed. Ok - so then what do you do with the people that won’t get vaccinated at all???

I’m not hopeful I’ll get a trip this year at all, and had one to WDW and one to DL planned. And as someone else said - Disney is my Prozac - and so my mental health is struggling. Beach trip and WDW trip cancelled at this point, so I’m not doing good!!

My concern grew today with the California governor and Florida attorney general saying theme parks may not be able to open for 12 - 18 months or until a vaccine is developed.

This is asinine IMO.