While planning our trip I couldn’t find a whole lot of information on the Pirates & Pals Fireworks Cruise (PPFC), so here’s my mini-trip report for those who are interested. We took the PPFC in June 2017. Our family was me, DH, DS7 and DS4.
It starts in a banquet room in the Contemporary resort. We checked in and were given pirate bandanas for each of us to wear to be identified as a member of the cruise and were given our boat and row assignment. We also received a piece of paper with a bit of a scavenger hunt on it. We went upstairs to the level where Chef Mickey’s is and were able to complete the scavenger hunt in about 10 minutes. Once we brought it back down to the host stand our sons were able to pick a prize from a treasure chest. 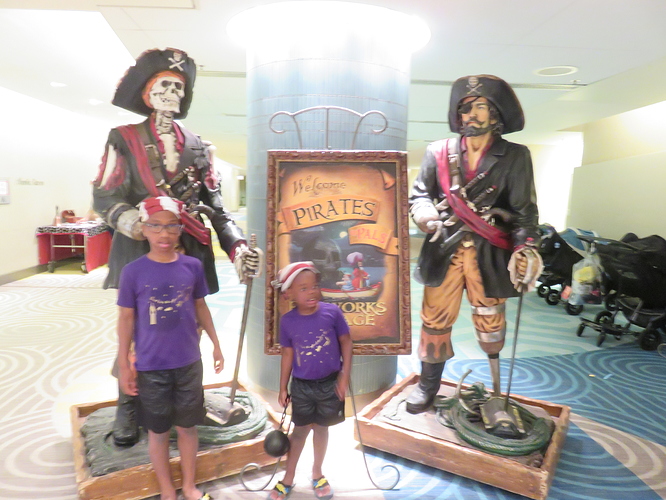 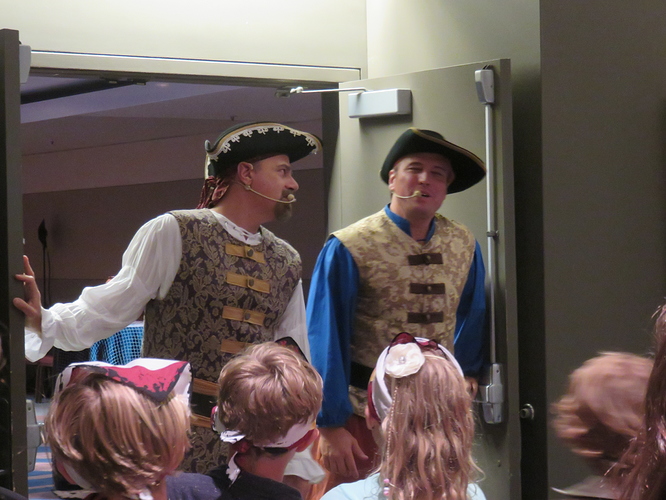 IMG_1601.JPG5184×3888 4.55 MB
Inside the room was pineapple cake, chocolate coins, cotton candy, some pretzels and chips, tortilla chips and salsa, ice cream bars, and a few token pieces of fruit. There was also water, lemonade, fruit punch, tea and coffee to drink. 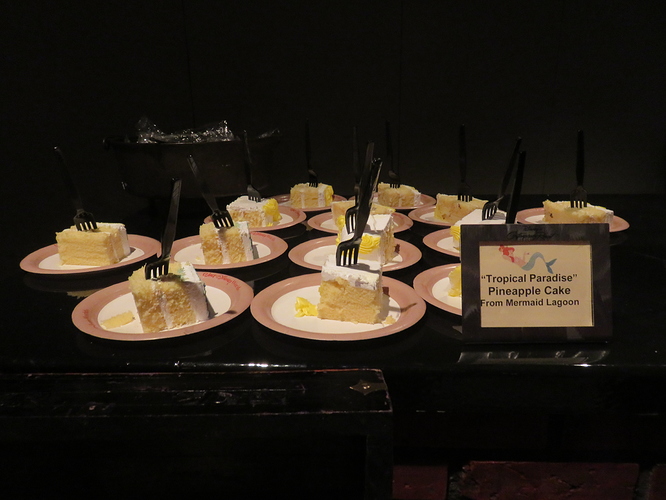 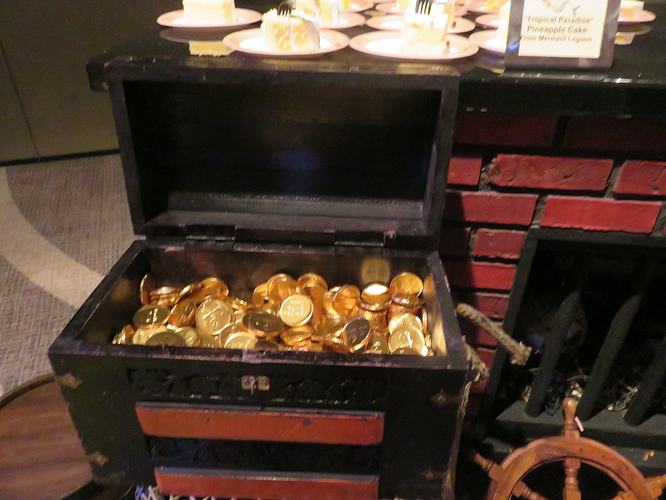 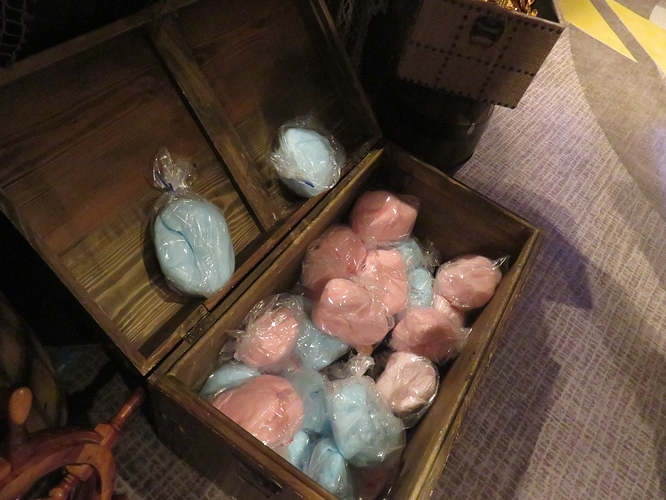 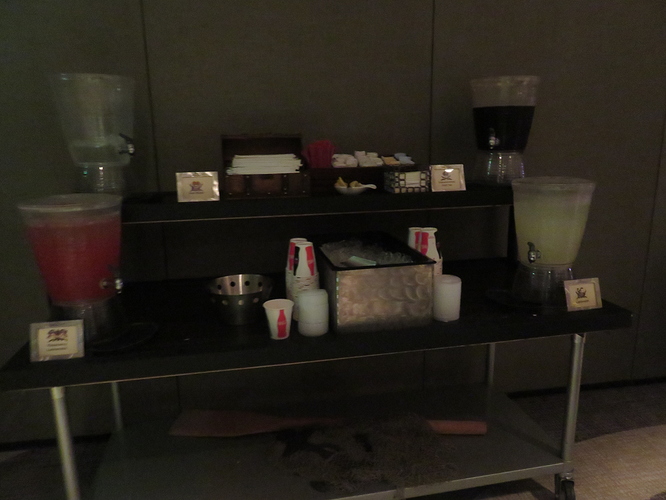 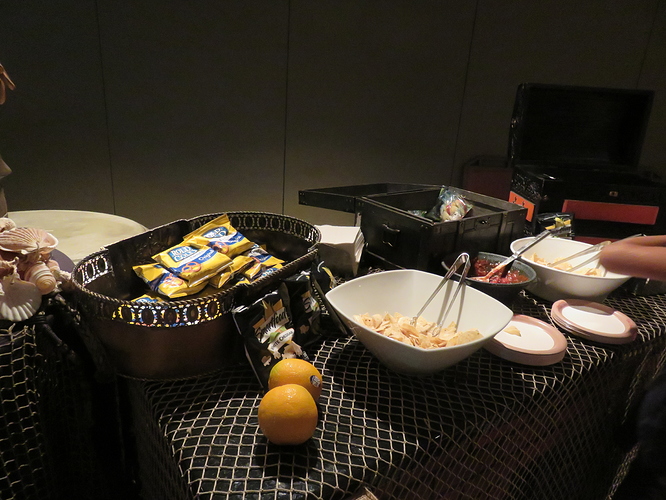 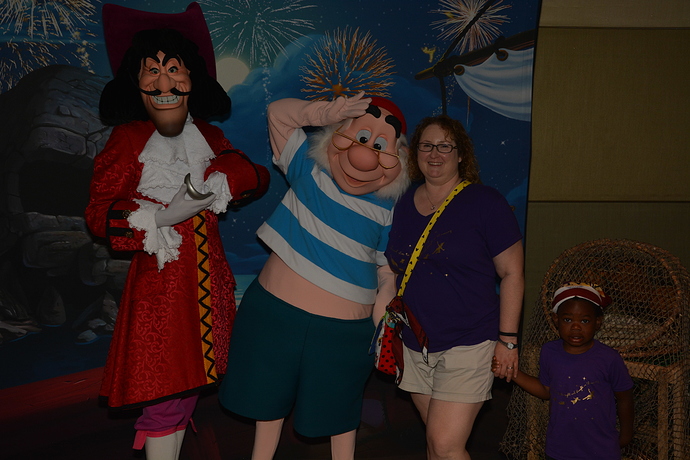 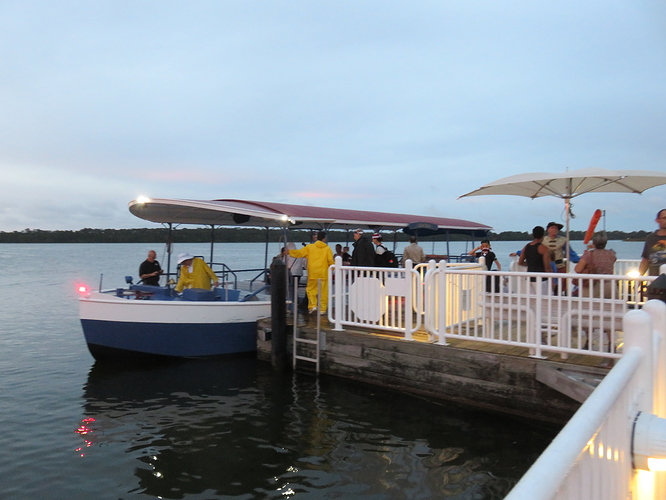 IMG_1615.JPG5184×3888 3.77 MB
The boats then went out into the Seven Seas Lagoon past the Grand Floridian, to the front of the Magic Kingdom. While waiting for HEA to start, Captain Patch held a Disney trivia contest. Prizes were various pirate paraphernalia. The pirate hooks were a big hit with our boys.
Once the fireworks started they played the simulcast of the HEA music. You could see that the castle changed colors but could not see the details of the projection clearly. The fireworks were clearly visible. 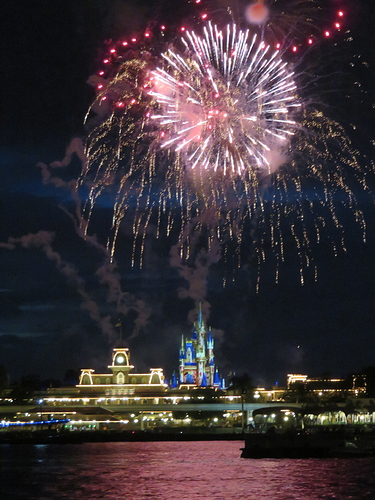 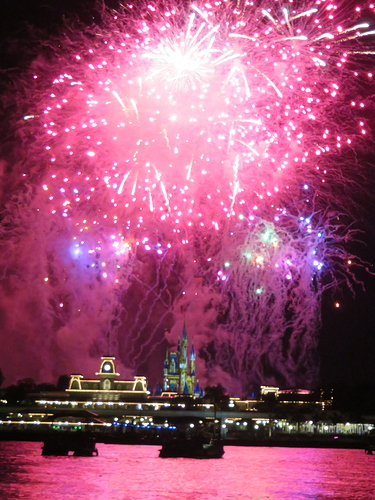 IMG_1667.JPG3888×5184 3.96 MB
After HEA the boat headed back to the Contemporary dock and the trivia continued.
Once back at the dock we were able to have a meet & greet with Peter Pan in the Contemporary gardens. There was also a Photo Pass photographer here. 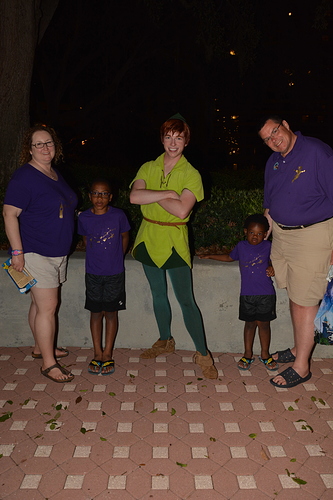 We stood and watched Happily Ever After inside Magic Kingdom

I thought it was brilliant. Being able to see the images on the Castle is a big part of that though I think but I expect from your view the whole thing still looked amazing?

It’s looks great on the photos

Wow! Thank you! This is something I have never done and it was great to see it here!

Thanks for posting. Did your boys enjoy it? Did you and your husband like it? Wondering if you thought it was worth the money? I’ve always wanted to watch the fireworks from the Seven Seas Lagoon.

This is the best (and most) information I’ve ever seen about this event! Looks great! We’re the fireworks visible from all of the seats on the boat, or are there better seats to try to get? Thanks again for sharing!

Thank you! It did look amazing from the water, but definitely a different experience from being inside the MK. We were able to see HEA from inside the MK later in our trip.

Our boys did enjoy it. On our last trip to WDW both boys hated the fireworks noise so we didn’t stay in the parks for them. I think this boat ride was a nice way for them to see them at a distance and not be so sensitive to the loud booms. They actually were able to watch HEA later in the trip from the train station without their earplugs so I feel like we made real progress.

I didn’t find the dessert part of the evening to be any great shakes, but did enjoy the opportunity to meet Captain Hook, Mr. Smee and Peter Pan. My DS4 loves Peter Pan and Jake so it was a big win for him. We all really liked the view of the fireworks from the water.

I think it is worth the money, but don’t get your hopes up for a great dessert.

Thanks! The fireworks were visible from all over the boat, but it pulls up with the port (left while facing the front) side of the boat closest to the MK so you’re looking over more people if you sit on the starboard side. I believe it’s the odd numbered rows that are on that side.

And for the record, the fireworks shots were taken using the zoom on the camera, but no fancy telephoto lens.

Thanks for the report! So if you only had one opportunity to see HEA, would you recommend doing this or would you suggest trying to rearrange our schedule to accommodate seeing it inside the park?

If I just had one shot I would see it in the park because I think the projection is a huge part of the show. But if you have someone who is sensitive to loud noises this is a good compromise.