No! Chuffed is pleased.

Correct usage - I’ve been trying to get an ADR for CG brunch for ages and one just came up at the perfect time, I’m so chuffed! 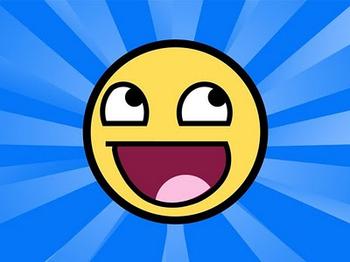 Earlier on this week I lost it when I had a problem with an internet banking app. I became overwhelmed with rage and ended up having to smash a cushion against the wall.

I’ve overshared before that bad things happened to me when I was a kid. I think my reactions to not being in control of situations as an adult are like flashbacks to that time.

The room cancellation issue is frustrating — I think most people would find it so. But the feelings it provokes in me are objectively over-reactions and I’m sure it’s because inside I’m reacting to something entirely different.

It’s not an easy thing to control. I did try to make the two e-mails I’ve sent to Disney this morning (one to the cancellation people, one to guest services) as reasonable and as measured as possible. I even put smiley faces in!

Confession: I also tried to be nice because I’m hoping I might get free stuff!

But, yeah. If I feel powerless in a situation, I can rapidly become quite nuts.

Love it! Won’t ever make that mistake again with such a perfect text example of proper use.

Sounding fairly similar to chuffed but with the opposite meaning- Matt is currently ‘cheesed off’ with Disney policy. Not sure whether you have that one in the states

Also: pissed off*, hacked off

*but not pissed (which means something entirely different) or pissed at

I’ve overshared before that bad things happened to me when I was a kid. I think my reactions to not being in control of situations as an adult are like flashbacks to that time.

About 15 years ago I was on my way to my boyfriend’s house and took the wrong turn and ended up stuck in a crapload of snow. I called him (or maybe walked to his house…this may have been pre-cell phone) and he came and towed me out. I must have apologized ten times for getting stuck, taking the wrong turn, causing him inconvenience, etc. He finally looked at me and said, “Michelle, why do you keep apologizing? I said it was ok. It’s not a big deal.” And it was then that I burst into tears because I realized that I was waiting on him to start yelling at me, because that’s what should happen to me when I’ve done something wrong.

I’m sorry for your childhood and the bad experiences that have shaped you in ways you can’t control and aren’t proud of. Please know that you are one among many, and there are probably many others who read your oversharing and identify with you. Anybody who is judging you is blessed enough to have no idea where you (and thousands upon thousands of others) are coming from. From one childhood abuse survivor to another (I’m assuming), keep on keepin’ on.

i understand completely where you are coming from . I also react very harshly to what in hind sight ends up not being any sort of catastrophe at all. I think it’s the whole powerless situation or feeling out of control with other things in my life and then throw one more thing at me and I blow. I think a lot of us understand what happened.
And I would be annoyed if I was you too.

If you said “he took me up the chuff and I was really chuffed about it” people would judge you and your priest would want to have a quiet word with you.

I will trust you on that.

I will trust you on that.

That, and all things. I am very wise. And not nuts at all.

Don’t think I don’t know what you did there. I mean, apart from misspelling colour.

Stop, now. You sound like a person of a certain political persuasion with your inability to accept reality and form rational thoughts.

a person of a certain political persuasion

And what colour hat does he wear? RED. Because MK is RED. Thank you for proving my point.