Can someone please remind me what that location faker thingie is that I can add to my phone so it thinks I’m near - for example - Trader Sam’s when I’m not?

@JJT, I think you posted about this on your trip?

oohh i haven’t heard about this. Is that the official name of it (location faker thingie) ??

There are a couple of ways. You could use a VPN that mimics different locations. I think that is what everyone is trying to recall. That typically spoofs your IP address so that it looks like you are in a different location.

In the past I also had to add a GPS faker as well. this will give fake GPS responses to those sites that are requesting it. Not sure if the latest VPNs do that for you.

Yes, that’s why I asked about it using those exact words!

@JJT has posted about FakeGPS but it is an android app 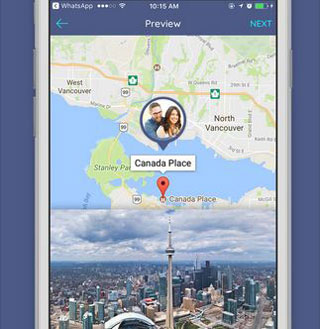 In the past few years, we have covered a whole host of GPS apps that can help you find your way around. Once in a while, you may want to hide your real

Ok, I’m gonna want to know the use for this. I mean I hope it’s some incredible disney hack and not the list of other awful things I’m thinking

It was used to place mobile orders that were blocked by location.

Ooh! Great idea. I couldn’t join waitlist for Geyser point until I was already on the boat. Would be cool to get in that 75 minute line then hit a ride.

And join walkup lists, right? That’s what I’ll be wanting it for.

Yep, on Android I use FakeGPS which is super easy, but Apple won’t let peoples run a fake GPS app on their devices.

If you are dedicated, you CAN do it from an Apple phone by using a site called Appetize.io that lets you run phone emulations in a web browser - you would essentially create and control an Android using your browser, add the MDE app and login, but it is kinda a pain if all you want to do is snag a reservation while not nearby.

I wrote up a post about it here:
https://forum.touringplans.com/t/alternate-method-to-run-old-mde-with-change-party/62692/52

Oooooh an actual Disney benefit to having an Android phone! A first! I’m downloading this now.

I first used the FakeGPS app to let me play in-park games on the Disney Play app when that first came out. Works very well.

But I suppose it’s just one thing out of a million so far so I’ll suck it up.

Well, crap. Nothing but Apple over here.

Thanks for the thread. I knew you guys would know one. When Universal was doing BG’s you had to be somewhat near the parks but didn’t need to be checked into the parks. People got BG’s from the parking lot. So a Location Faker Thingie™ would have been helpful for those not doing Early Entry.

My use is that this summer we will be going to Legoland CA and they don’t show wait times on their app until you are in the parks. As a liner, that is unacceptable! Thrill-data probably has good data on that. But, you know, sometimes you just want to open the app and pretend you are vacationing. They still might thwart me by looking for a check-in.

Well, that worked. I had to figure out how to get into Developer Mode, but after that it was easy. What is funny is that the Legoland app is even telling me the walk time to everything.