My wife and I will be visiting both DLR and LA next year. It occurred to me after seeing the article below, that there are bound to be many examples of art and architecture in LA that inspired Disney attractions. Has anyone found a good source on-line for this? Googling has produced a few other interesting/related things, but I’m looking for something more comprehensive. Here the link that inspired this question: http://www.scoutingla.com/scouting-the-tower-of-terror-in-los-angeles/

So when DCA was built in 2001 it was meant to be kind of like an Epcot WS but of the state of California as opposed to the whole world. Since it didn’t do well a lot of it was taken over by Disney-themed areas, but Hollywoodland is still chalk full of these architectural inspirations.

A replica of the Carthay Circle Theater where the Snow White movie was premiered in the late 1930’s is in the center hub of the parks and features a beautiful fine dining experience chalk with history and memorabilia from the premier and Walt’s Hollywood days. The original Carthay isn’t in existance anymore, so you won’t be able to see both the original and replica, but it is still a gem in DCA.

Moving down to the end of Hollywood Boulevard in DCA, there is the Hyperian Theater as well as a mural backdrop that showcases the Roosevelt Hotel, El Capitan theater smack dab in the middle of the actual Hollywood. If you are going to be doing Hollywood these places are worth a quick stop. Disney actually has a Soda Foundation & Pin shop (partnered with Ghiradelli) adjoining the El Capitan theater. But it is a little grimy and not nearly as glorious as it would seem for being the center of Hollywood. But I remember the moment where I recognized the actual Hollywood street as I was walking down the park.

There’s nothing else I know of that’s in the LA area, but Grizzly Peak is well themed for Redwoods/Northern California and then the walkway down to Ariel’s ride from Grizzly Peak is themed like San Francisco architecture and the Pacific Wharf area leading up to the Ghiradelli Store in DCA recalls specifically Pier 39 and the Embarcadero.

Thank you @lolabear. Your response exceeded my expectations, and I’ll add your suggestions to the LA side of our itinerary.

I’m sure there are many other examples as I understand that many of the original Imagineers lived in LA. For example, following is reportedly the inspiration for the dwarfs’ (Snow White) home: http://news.moviefone.com/2010/06/16/movie-locations-snow-white-cottages-los-angeles-ca/ 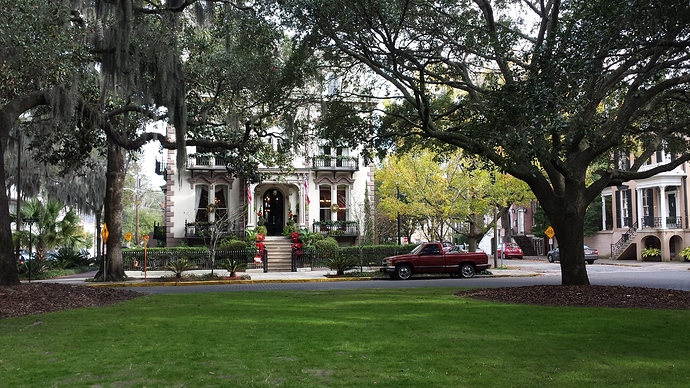 I was told in Savanah that this was for HM.