Okay, awesome day at Magic Kingdom, topped off with fireworks viewed from the room, just now finally got kids all settled in for the night. I’ll get some updates and pics in before I crash. We arrived at BLT about 1040 this morning, after arriving via the truly scenic route past Disney University: 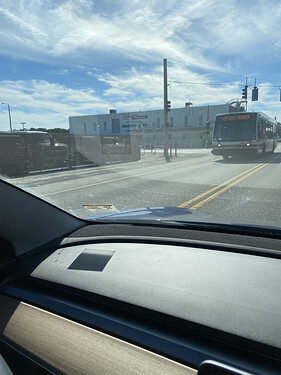 No fun arch, but we found it kind of hilarious. Room wasn’t ready, so we parked, loaded up strollers and headed into MK. Note the arrival time. I was a bad Liner and totally missed our 11AM LL window! We were all so focused on getting in and enjoying the Christmas decorations. None of us have ever been here during the holidays before. First was snack stop for Dole Whip! We got dumplings, vanilla soft serve, and strawberry and Sunshine Tree Terrace, and classic Dole Whip and I got a Showtime with Jose from Aloha Isle. They were devoured before cute pictures could happen. I highly recommend the Showtime with Jose if it all sounds appealing to you. I’m not the biggest pineapple fan, but I thought the mango was delicious and combination was great.

Next, we headed to our Jungle Cruise LL, excuse me, Jingle Cruise. Right before we got on, my husband noticed that we were eligible for a new LL that I had missed, so he booked Magic Carpets for us. Look, I know, I know, but all four kids lost their dang minds when they saw those carpets, and it was a window immediately after our current. So we Jingled, then rode carpets. As soon as we tapped into Carpets, we booked Pirates for 1445. 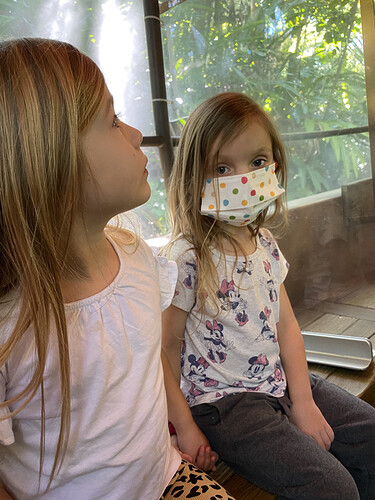 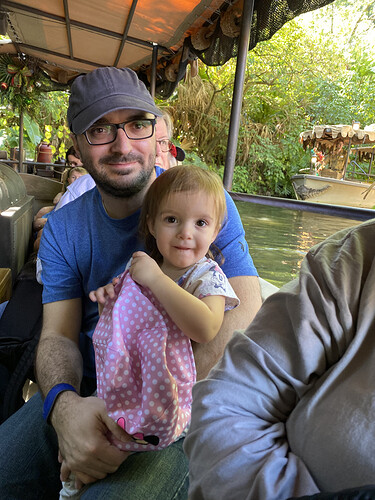 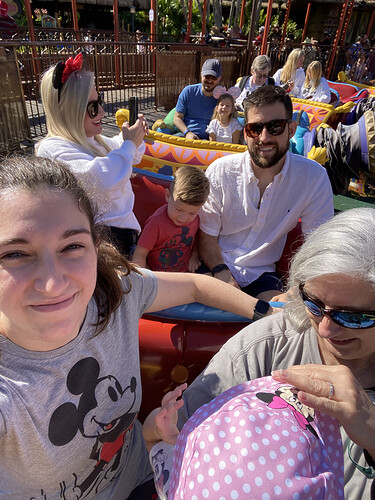 Then, the kids had the time of their lives playing in the water spray Tiki guys. I don’t know their official name, but it was awesome. The perfect example of just letting Disney magic happen. 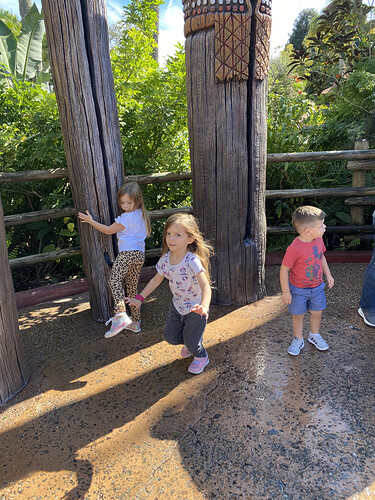 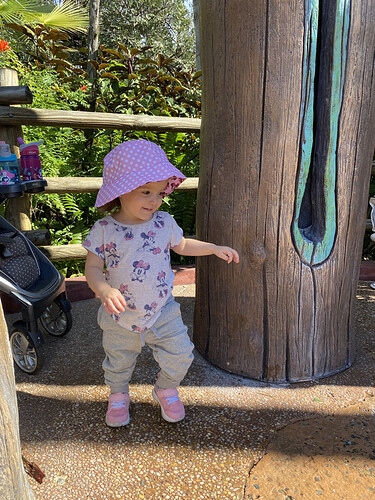 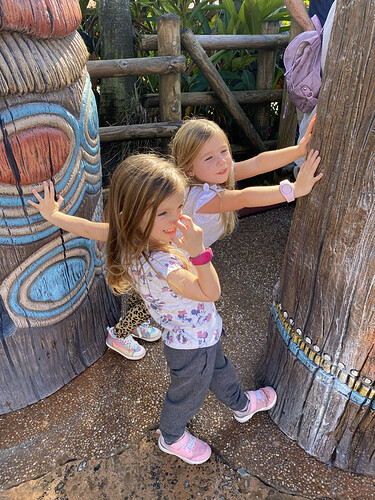 While standing there, another LL window opened for us, and thinking back, I’m really not sure why? I probably lost track of time again. So we booked Haunted Mansion for 1605. Sugar rush was wearing from snacks, so we ordered nachos and Uncrustables from Pecos Bill and ate those, then headed over the 7DMT. We got caught by the 50th Cavalcade on the way, then followed it to the hub and across. It was the girls’ first roller coaster, and they both loved it! My DD5 hid her face a few times, but she even tried holding her arms up on one big hill! And then as soon as we got off, she said she wanted to go again, so at least I didn’t scar her! The littles rode tea cups while we rode. Then the girls begged to do tea cups, too, so we did that while the dads used their RS for 7DMT. 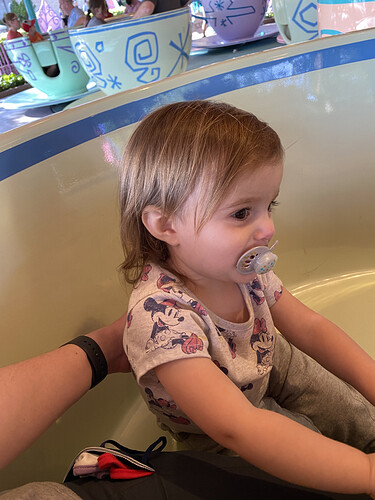 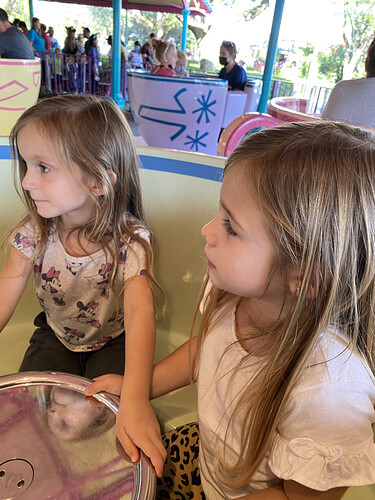 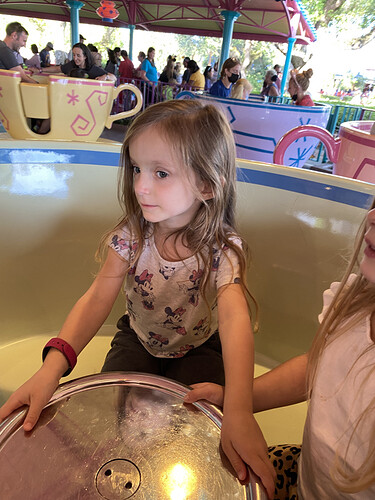 I almost couldn’t walk straight for a minute after riding with them! After that we booked it over to Pirates for our LL, which we ended up being about 5 minutes late for. So theoretically, we could have used a hack to multiply our LLs at that point, but by now after crisscrossing the park and no naps, the kids were definitely flagging, so I didn’t try. Pirates was great, though DD1 was fussy and I just nursed her the whole ride. Haven’t seen that hit the PhotoPass yet! She passed out in the stroller on the way to HM, so DH sat it out with her while we rode. The haunts were up to mischief, and we got stuck in front of Madame Leota for about 4 or 5 cycles of her spiel. But the kids didn’t get spooked, and we all laughed about the ghosts on top of our cars.

DH and my dad volunteered to go take DD1 to the room (the text had come through as we were rushing onto Pirates) and the girls begged to do the carousel before going to the room, so off we went. 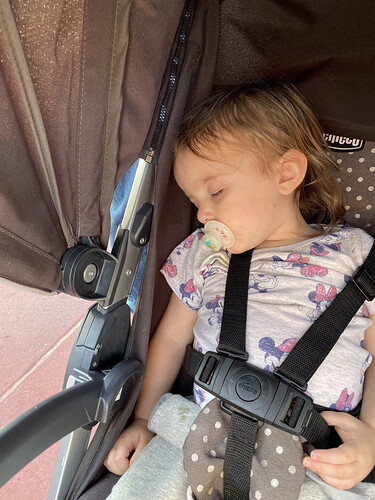 I’ll add more photos from my phone - slow wifi is not letting them sync to the laptop where I’m typing this.

Then we headed to BLT, with the kids in the good place - tired enough they wanted to leave, but still in good moods, enough to hold hands and skip down the sidewalk. We finally lugged everything up the room (I don’t know how we will ever get all this repacked!!) and made dinner from the groceries we’d already brought (my dad’s Yeti cooler did the job, only the chicken nuggets had defrosted, so that’s what we had!). Then we watched fireworks, finally got kids into PJs and bed!

Tomorrow is Epcot, so I don’t have to be quite the morning drill sergeant yet. But today was truly wonderful. Did we “do everything” on the plan? No, of course not. Did we have an awesome day with kids having magical experiences? Yes!

The ballet pic I mentioned: 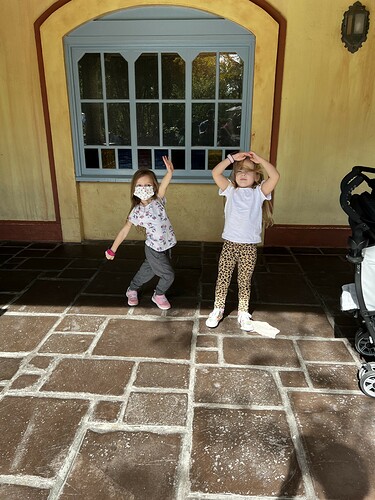 Others from my phone: 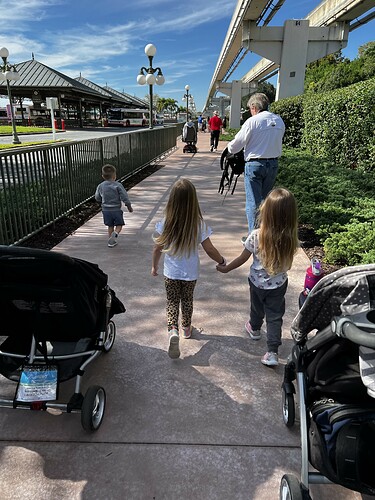 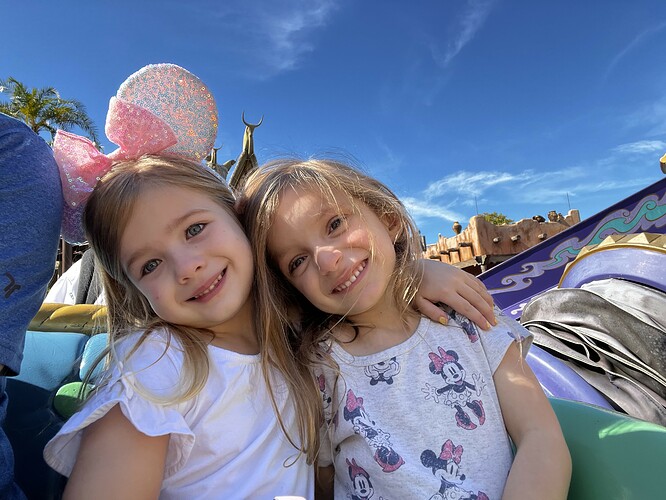 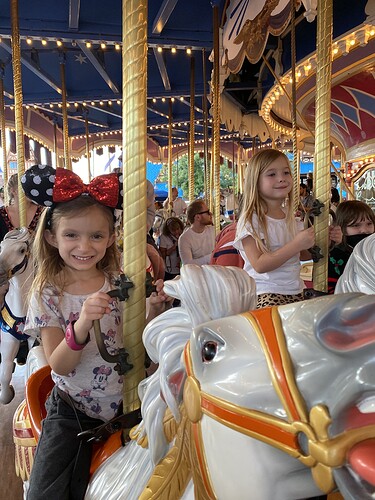 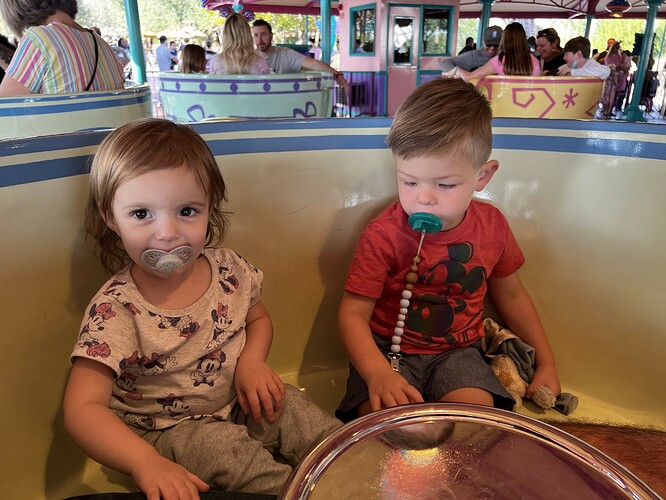 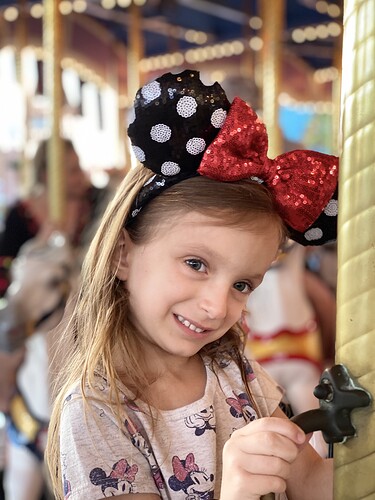 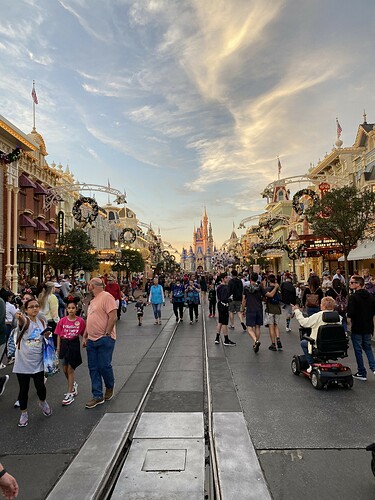 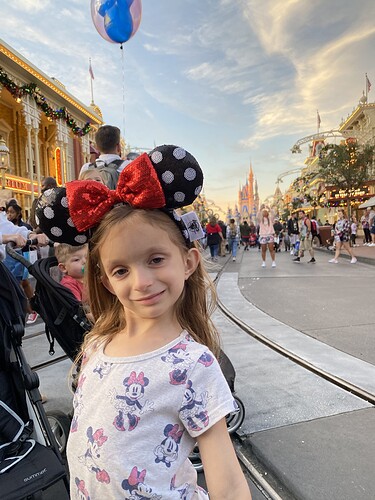 I have to agree with everyone who has said the pink castle really shines in the sunset. It took my breath away. My phone photos of the fireworks kind of suck. I’ll have to see if DH’s on his brand new iPhone are better.

Maybe three. Have you met @Julianne_fki?

Not yet! But I want to! It’s inevitable we will cross paths at some point.

I was thinking maybe you had at DLR at some point.

We need to plan a meet there. I vote next Christmas season!

Adorable pics! I thought ballet might have been a typo, but nope. Just Adorable ballerinas.

I think the Fab 5 are planning a Fall visit…since DLR during Halloween time is amazing. Still time to adjust your plans! Not that we have dates or anything, but since DLR has a shorter Halloween season, it will be between mid-September and the end of October.

Thanks for your report and all the photos. The kids look like they are having a blast! Hope you all have a wonderful week!

So fall and Christmas?

You know I am game! But then when will we go to WDW?

Good point. Why do crazy things like work and money interfere with fun?!?

I may be able to sneak over for a day to say hello! Keep me posted on dates.