Is there any word on if there will be a replacement and when there will be info? We will be in WDW late Sept/Early Oct - would like to try and get a dinner/fireworks event for Epcot but from what im reading this will be gone by then. 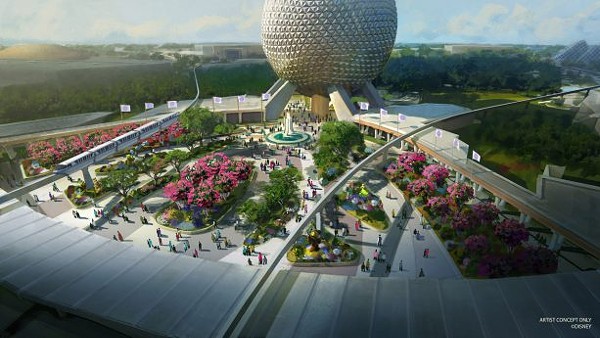 Disney's plan to fix Epcot could take a decade. Here's what that will look like

Ever since Disney announced the massive update to Epcot at the 2017 D23 Expo, there has been speculation on what exactly it will entail. The...

Disney has confirmed a new signature nighttime show will replace IllumiNations: Reflections of Earth. A temporary show celebrating Epcot’s history will start just after Reflections of Earth closes this fall and will run until just before the new show debuts next year. The Disney Parks Blog explains that this new show debuting next year “will celebrate how Disney music inspires people around the world, and will feature massive floating set pieces, custom-built LED panels, choreographed moving fountains, lights, pyrotechnics and lasers.” Construction has already begun in the World Showcase lagoon preparing for the new show.

Speculation was that Illuminations might end around the end of September, to tie in with when it debuted. However, with the opening of SW:GE, some are thinking they may do it at around that kind of time.

The wording from Disney was “late summer” but then SW:GE was at one time set for “late fall” … But it did say the new show would debut immediately, so likely the next evening.

As we get towards June we’ll likely know more.

That was my fear all along - that they would pull it earlier than what most normal people consider late summer.

BUT… They are reserving the Illuminations Dining Package at Rose & Crown reportedly into September. I have it for July 18th.

I know it is Disney and anything can change, but I’d be surprised if they pull it before at least mid-September after they’ve hyped and sold this package as Illuminations.

I’m sure there are precedents for this.

The MK Parade dining package was sold for after the changed parade.

If the dates are such that someone has a reservation for after Illuminations is finished, they’d send an email about the change. I certainly wouldn’t be going by that as the guide as to when it will finish.