I think I've got my days sorted out - does this look palatable?

Here I am looking to rearrange my trip again - this time for recent crowd level adjustments, and the addition of MVMCP which will close MK at 6pm 3 of the nights we’ll be at WDW. The only must do attractions for me are Star Wars things, and I think with two days at HS I’ll be covered. Otherwise, we’d like to ride as many thrill rides as possible and fill in the rest of the days with fun wanderings. I know with Genie+ we will likely end up doubling back and crisscrossing the parks, but I’m going to try my best to create a plan that keeps us from going too crazy. 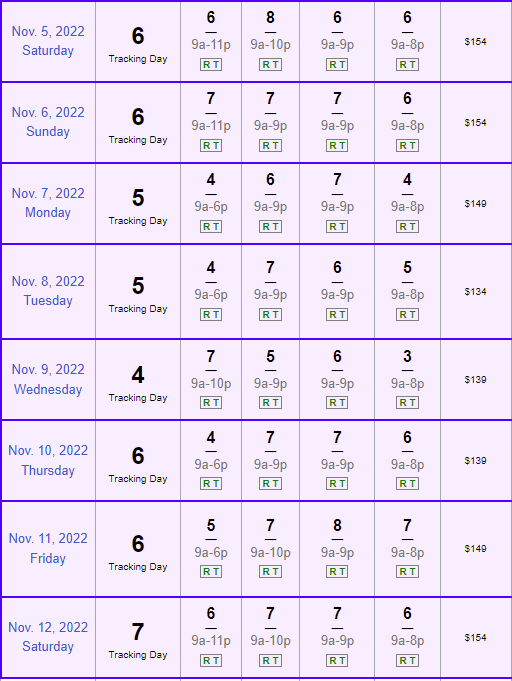 The hours posted are projected hours, not official? Is there a reason Nov 7th has MK closing at 6? Is it a non party event early closure? It is not a party night? 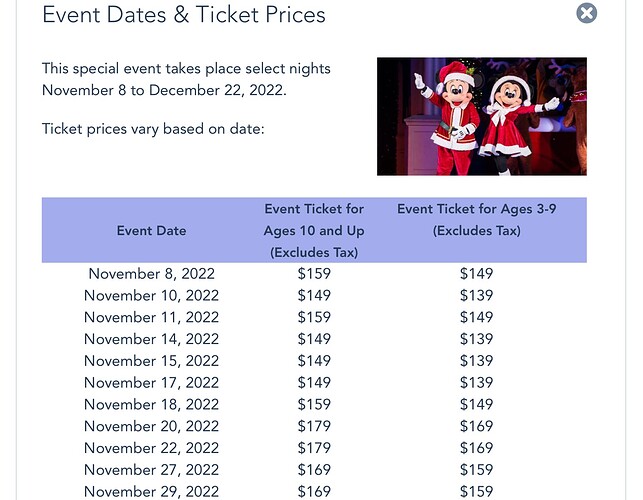 Hmm, wonder if that’s an error. I recall there being a staff party around that time some years but would TP know that date? It’s not advertised anywhere, and I recall the park closing at 4PM that day (I went twice at this time of the year, in 2018 & 2019).

I don’t put much stock in crowd levels. They’re going to be adjusted upwards like 5 times before November. I’d just be aware that the 11th will be insanely busy due to the holiday (not sure why the crowd calendar doesn’t mention it), so be prepared for that- getting there early and leaving when required!

I also stand by the idea of going to MK on party days for the lowest crowds. Since you’re going there the first evening (good idea), you’ve got the nighttime stuff covered already so you’ll be taking advantage of that later in the week.

Yes, projected hours. I too assumed the 7th was incorrect.

You really think the 11th will be that busy?
I’ve only seen the CL for my dates change once - will they start updating them more often now?

Is there a reason Nov 7th has MK closing at 6?

I bet TP is just copying the pattern from last year’s holiday event, Very Merry After Hours. That year had the event on Mon, Tues, Thurs, and Fri to start that week. Someone could email webmaster@touringplans.com to correct their dates to match Disney’s.

Holiday + Epcot + F&W = crazy busy. That’s the one day I might suggest changing if you’re worried. The rest of the week will be busy but fine no matter what you do. Jersey week bumps up the crowds a bit too. I’d predict CL6-7 across the board that week; I wouldn’t worry about it.

Edited: I see that is your only Epcot day. Then I would definitely change it to any other day, Monday-Thursday.

Are you looking at a late lunch this day? Or planning touring to start at 1-2? My only concern would be if the return times if they would interfere with your lunch? Also interested to hear how stacking goes as that is our plan for our HS day in December.

That’s concerning! I’ll look at shuffling a day around. Any ideas of where to go on Friday, maybe AK?

Yes, late lunches for my late days. Might just eat at the resort or elsewhere before heading in. I’ve been seeing encouraging posts about stacking for three afternoon, but need to look more into it.

If you don’t mind leaving early, MK would be good on the Friday since the party should mean less crowds. Otherwise, wherever you’d like to end off your trip!

I really hoped to end the trip with a nighttime spectacular, and I wanted it to be Harmonious, since @mousematt says it’s the best. And because I can’t justify spending $600 to do the party at MK.

Back to the drawing board!