I blame it all on YOU!

So I just spent what I consider to be a ridiculous amount of money to book the HEA Dessert party for all 6 of us and it’s all YOUR fault! You guys made it sound so perfect and tempting!

We will be trying to see the show on the Tuesday of Thanksgiving week which is also our last night in the parks. I know it will be crazy crowded and I couldn’t stand the thought of our last few hours in the park being less than amazing because we were getting pushed and shoved around by people vying for a spot.

I am generally a pretty frugal person and my DH is the free spender. What is happening to me??

The Disney bug has bitten you!! I didn’t create this… replace Disney World for Disney Land! 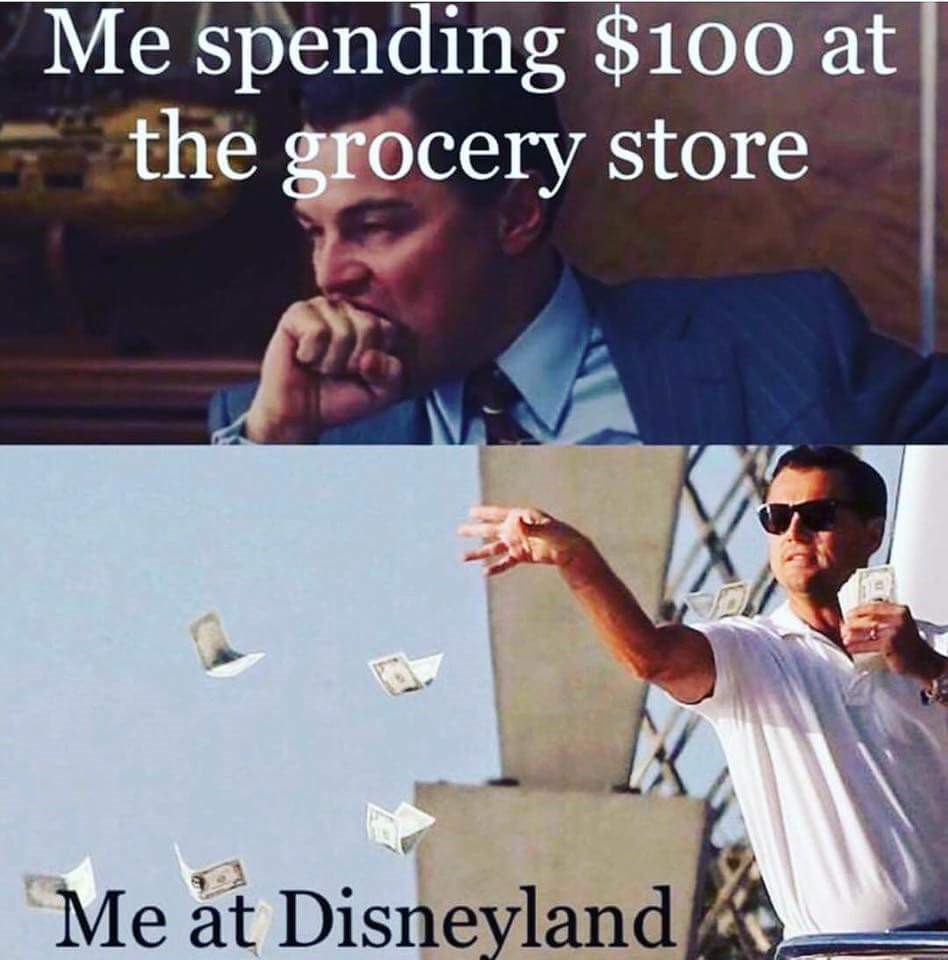 If my experience last year is anything to go by, you will have no regrets.

It’s the only dessert party I’m doing again this year.

I toyed with the dessert party, but we are doing a fireworks cruise (MK) on night 6 and Disney After Hours on night 7. I can’t rationalize a dessert party on top of that.

Still think that DAH should include fireworks viewing.

Since you are the more frugal one, I think you will be fine. I was happy with the HEA dessert party when we went over New Year’s this past year; however, my husband was a grumpy pants. He did not think it was worth the value at all. Two days later when we did the Pirate’s make-over for three kids…I thought he might lose his mind. =) It is wonderful to not have to fight the crowds to get a decent spot and be able to spread out before the show. The desserts were nice, but I wish they had more savory items. Our family will most likely not do a dessert party again…unless the husband isn’t there!

my husband was a grumpy pants

Yes, my DH has no problem spending money and is thrilled. My dad on the other hand is way more frugal than me. I am paying for all of us, but I have made DH swear that even under threat of death he won’t tell my Dad how much I spent. He would be so distraught over the cost he wouldn’t enjoy it even when it wasn’t his money! LOL!

Yes, my DH has no problem spending money and is thrilled. My dad on the other hand is way more frugal than me. I am paying for all of us, but I have made DH swear that even under threat of death he won’t tell my Dad how much I spent. He would be so distraught over the cost he wouldn’t enjoy it even when it wasn’t his money! LOL!

My mom is the same way. I don’t dare mention how much I spend. I am spending about 3000 for 11 days which for Disney standards is very frugal. However, my mom would drop dead from a heart attack on the spot if she knew.

My dh isn’t coming on our July trip…it’s just me and the kids. I knew he would balk at the cost of three DAH tickets so I redeemed some awards at work into AMEX gift cards that covered it.

I did tell him about getting the tickets, but I won’t share how much they cost and he can’t complain.

We hope to do the HEA dessert party when we go in 2020. My one main concern about it isn’t the money, but the seating. Neither my wife nor I are “stranger people”, meaning, we are uncomfortable having to make small talk with strangers. (This is one reason it is very unlikely we’d ever go to a Bed and Breakfast, as quaint as that otherwise sounds.) My wife is at least GOOD at it, even though she comes away drained. I’m just really awkward and can come across rude without intending to (my wife says I have a hostile resting face!).

For those who have attended who are on the introverted side, did you find it awkward?

You sit at your own table,

Okay. We had read somewhere that the tables seat four, and so if you are a party of two, you’ll likely be seated with two others.

Maybe that is the case for the Terrace party, we have not done it in a few years and were always a party of 3 or 4. In April we did the Garden view and sat next to a party of 2 while eating desserts, no one was sat with them. I guess it could happen, maybe when you check in let them know you would like to sit alone. The seats are not reserved, they asked us where we wanted to sit.

We did a dessert party at Epcot two years ago and being an introverted party of two, had the same concerns. But, we were not seated with anyone else even though there were other parties of two (thankfully). It was very crowded but we had our own table and never felt like we had to socialize with anyone else

I just did the HEE dessert party last week as a solo traveler and was seated at a four-person table all by myself. No need to be sociable with strangers (unless I wanted to!).

Thanks, all. I’m relieved to hear this is the case.