How hot is September, really?

Struggling to find time off work to take a trip this fall during non-peak times thanks to understaffing. I had previously ruled out September due to heat (going with DD3 & DD1). How bad is it? Like face of the sun hot? Or doable if you are smart?

The times I have been in Central Florida in September have been brutal. But, no more so than any other Summer day, IMO. Go early. Go back to room mid-day. Come back to parks in the evening (after 6).

I agree that early/late is key. It did not bother me in the past but last September I tried to spend some time at Food and Wine. It very quickly became unbearable ( as in sweat pouring down my face, dripping into food- unbearable),

Hotter than the surface of the sun. It is as brutal as everyone says. I wish between June and October WDW would flip it’s operating schedule, so closed in the daytime and open all night. That would make the summer a better time to be there in my opinion! Parks from 8pm to 8am, and sleep all day in the a/c. Perfect!

Yikes. Okay. Well scratch that off the list. I don’t want to do that with 2 young kids. Although those CL 1&2 days are so tempting… Off to do more research!

As “surface of the sun heat” categorization I reserve for places like Vegas and it’s 100+ degree temps, I really don’t think Florida competes. But Florida’s heat is a whole other animal as it adds in humidity. During the day, the heat and humidity can be brutal and feel oppressive. However, the morning and nights are absolutely exquisit.

As just about every building is AC’d, I really didn’t find it all that terrible, but there were times where I ducked into a ride or shop just to get a breather. I think out of my week that I went, only 2 days dropped below the 90 degree mark.

What type of summer heat are you used to? I think that’s a good jumping off point to determining whether or not you can handle it. Also, it should not be overlooked the effect Disney Magic can have on your tolerance levels.

The last few years there have been lots of complaints about the crowds! 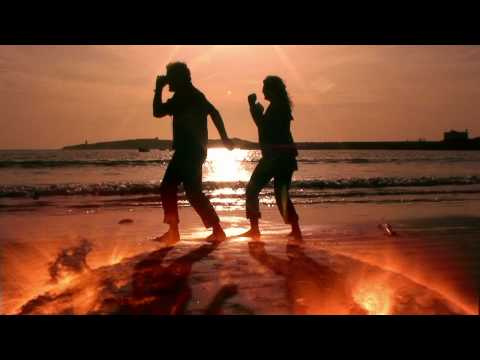 We went the last week of September 2016. It was HOT! Our last day at the parks the heat index was about 100 degrees. The humidity is what makes it bad. That being said, we mixed up indoor and outdoor attractions, drank ALOT of water and ate plenty of ice cream treats. We had a blast. We are doing May this year, but not because of the heat. We wanted to do F&G and avoid party season.

I’ve been to Vegas in the summer when it was around 100 degrees and it was very hot. I’ve been to Orlando in Sept when it was 95 degrees with heat index of over 100 and it was incomparably more miserable. I was in my 20s the one time I went to WDW in late August; it just about did me in and I said never again. And 30 years later, I haven’t. I now live in NW FL and refuse to go to WDW June-October. My trips are typically fairly short (e.g 5 days) and I rarely take mid day breaks by choice. To basically HAVE to be holed up in a hotel room for 4 or 5 hours each day in order to survive is just not my idea of fun at WDW.

I was in WDW at the end of August last year. One of my biggest worries before I went was weather. I kept reading words like “brutal” and “oppressive”.

Perhaps because my expectations were so negative, I was pleasantly surprised. I’m not saying it was nice, but it wasn’t awful. I put a lot of thought into what I was going to wear before I left — indeed, I bought a whole new wardrobe of clothes, including a Tilly hat and ultrathin t-shirts.

The humidity was harder than the temperature, though I just made a point of ducking into air-conditioned spaces as frequently as possible.

The worst day was my Epcot Food & Wine day. I think it was over 90°F and very humid. I had booked the Frozen dessert party and had it in my head that it was indoors. I was excited to luxuriate in air-conditioned goodness. I went to the wrong location initially (I assumed it would be right by the ride) and then got flustered for fear of being late. So when I finally arrived I was hugely sweaty and . . . it was outdoors! No relief!

This year I’m going at the end of June. I’m not sure how that compares. I’m not especially worried about the weather. If anything it’s rain that’s the worst thing. That certainly ruined my MNSSHP experience. No Headless Horseman

We went in September a few years back and I don’t remember it being that horrible. The last time we went was August and this time will be in August as well (now that the kids are older they can’t miss school) and it is close to unbearable then.

If you go early to the park and then go swim mid day and go back in the evening it isn’t too bad.