I know this has been asked and answered about a million times, but I have used the search function and cannot find anything, so please help a fellow liner out. What are those little extra things to look out for? E.g. Maximus’ horseshoe prints (please remind me where they are), something under a mat somewhere, how you make it rain etc. If you could also let me know where they are (e.g. Frontierland, MK or Asia, AK) that would be great. Thank you

In addition, there is catching the red jewel during philharmagic Little Mermaid sequence, and catching the golf ball at soaring.

Fantasyland at Disney's Magic Kingdom has always been an iconic part of the park, filled with classic attractions and charming touches. With the expansion of the new Fantasyland, this area offers twice as many fun little details to enjoy. Find out all about the secrets hidden in the rides at Disney World and what makes the Disney Parks special and different to other theme parks. Disney parks have fabulous theming; Disney imagineers have incredible attention to detail and try so...

Hmm may have to add to my notes again, must have missed that link I saved when I was making my list, Enjoy!!!
Here is the list I created for myself:

Main Street USA
• Tony’s left of stairs in the cement is lady and the tramp love
• Getting Lady and the Tramp’s autograph at Tony’s in MK
• Sit on the bench and maybe goofy will talk to you, near Tonys’
• Telephone in the back of hat shop in MK, voice lessons on MSUSA (hint: window.) And of course A Pirates Adventure, SOTMK

Fantasyland:
• Pooh’s in owls house look behind you there is a picture of toad handing deed of house over to owl
• Peter Pan - Blocks in the nursery Ppan and Disney
• In Pinocchio’s Village Haus, you’ll find a special place for making wishes. The wish book beneath the Blue Fairy stained glass window features real pages that you can write on. Come prepared with a few special wishes to record and add your legacy to the book.
• Across from the Rapunzel restrooms, you’ll find a very special garden. Look closely along the brook and on surrounding buildings for friends of Pascal, Rapunzel’s chameleon companion. Rumor has it that there are a total of 10 of these little lizards tucked away throughout the garden. How many can you find?
• Maximus’s hoof prints (and a treat he was pursuing) near the tinkle tower.
• The wishing well by the castle
• there is a fountain near Fantasyland with Cinderalla…if you look at it from a kid’s sized angle, the tiles in back form a crown

• On the carousel, the horse with a ribbon on it is Cinderella’s Horse
Nautiluses – There are two hidden references to the Nautilus (the ship from 20,000 Leagues Under the Sea). The first is inside the tree at the entrance to the Many Adventures of Winnie the Pooh queue. This tree was originally over part of the former location of the 20,000 Leagues attraction. The second carving is in the queue to the Little Mermaid dark ride, which is also on the old 20k plot

Adventureland
• Pirates of the Caribbean
Right hand line line has chessboard locked in stalemate
Stinky Foot has the parrot that used to be outside
As you exit peg legged footprint - Davy Jones??
• Jungle Cruise
Ask a CM about the spider in the que
I love disco, native crouched in bushes on left side

Tomorrowland
• Metrophone – Near the Tomorrowland Transit Authority and Astro Orbiter in Rockettower Plaza, there is a courtesy phone provided by the Galactic Communications Network.
• Tomorrowland Palms –one of these trees is unlike the others. If you look closely, you’ll notice one of the trees has its leaves closed and is missing its globe-nuts. This is because the leaves are what collects solar power and this power is stored in the globes. This ties together with the relatively-unknown backstory that these “Power Palms” are one (of many) efforts by the Tomorrowland Light & Power Co. Arcade to find methods of alternative energy.

EPCOT
• Spaceship Earth
as you pass cave dweller scene take flash photo directly to your right - surprise
When you choose your future “looks like it’s going to be a great beautiful tomorrow”
• Living with the Land House IT82, year epcot opened
• World Showcase Walking towards Mexico look towards Morocco you can see TOT
• China - Walk into the Temple of Heaven, stand with your feet in the center of the concentric circles, feet directly over the circle, say something, the building is acoustically perfect, your voice should vibrate back
• China male and female foo dogs, male has foot on globe, female foot on baby foo
• China Yong Feng Shangdian has a weathered copper bowl, it’s like a crystal glass, dip your finger in water and make it sing, also the water should splash
• As you leave China, cross the bridge tothe refreshment outpost and open the coca-cola coolers for a surprise if it is working, it may be a kodak moment
• Germany has a train setup
• American Pavilion has a ultilitor

HOLLYWOOD STUDIOS
• Muppets - As you enter the Muppets attraction on the right. There is a note that says the key is under the mat. Right below the note is a welcome mat. Look underneath.

• Lights, Motors, Action - Singin’ in the Rain Umbrella –an umbrella attached to a lightpost. Push a button on the umbrella and it “rains” overhead, making for a fun photo op.
• Indiana Jones pull the rope outside Indiana Jones.

As you pass the entry, to the left, down the path on the right hand side is the rope
• Great Movie Ride - The carousel Horse is from Mary Poppins, The other half of the plane from Jungle Cruise is here
• Brown Derby has a guest book in the front signed by all the celebrities that have been there
• Mann’s Chinese theater, look for prints and signatures, Nimoy did Spock Hands
• Toy Story Movie Mania TSMM - symbolically you are the size of a toy, Buzz does spock fingers, as you leave there is a golden book of the POkey Little Puppy
• Tower of Terror
Immediately after entering the lobby look to the left, 13 diamond award from AAA
Glasses on concierge table are briken
Bullentin board left of queue may read EVIL TOWER U R DOOMED
Fuse Boxes on left hand side after library, pull the handle, it’s shocking depending on how charged it is
If you see a CM with gold Epaulets he/she is an original TOT CM
• Rock-N-Roller Coaster
"The limo license plates/corresponding song played:
1QKLIMO/”Nine Lives”,
UGOBABE/”Love in an Elevator” [rewrite “Love in a Roller Coaster” “Walt This Way”,
BUHBYE/”Young Lust”, “F.I.N.E.”, “Love in an Elevator”,
H8TRFFC/”Back in the Saddle”, “Dude(Looks Like a Lady)”,
2FAST4U/”Sweet Emotion”

Hoof prints are in New Fantasyland in MK …on the ground
Look under the mat at Muppets in HS
Also in HS, there is a umbrella (think Singin’ in the Rain)
Watch for water painting… 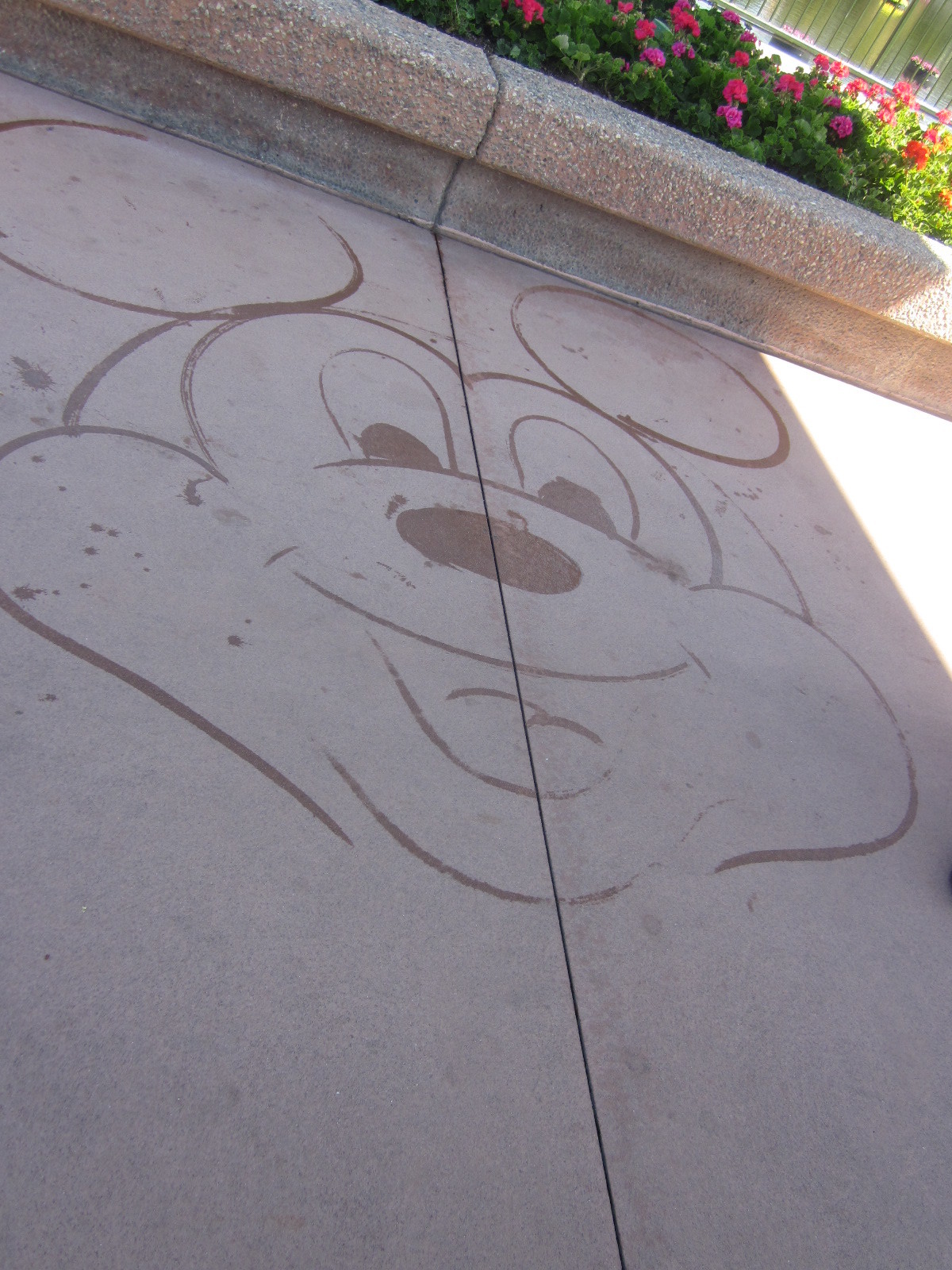 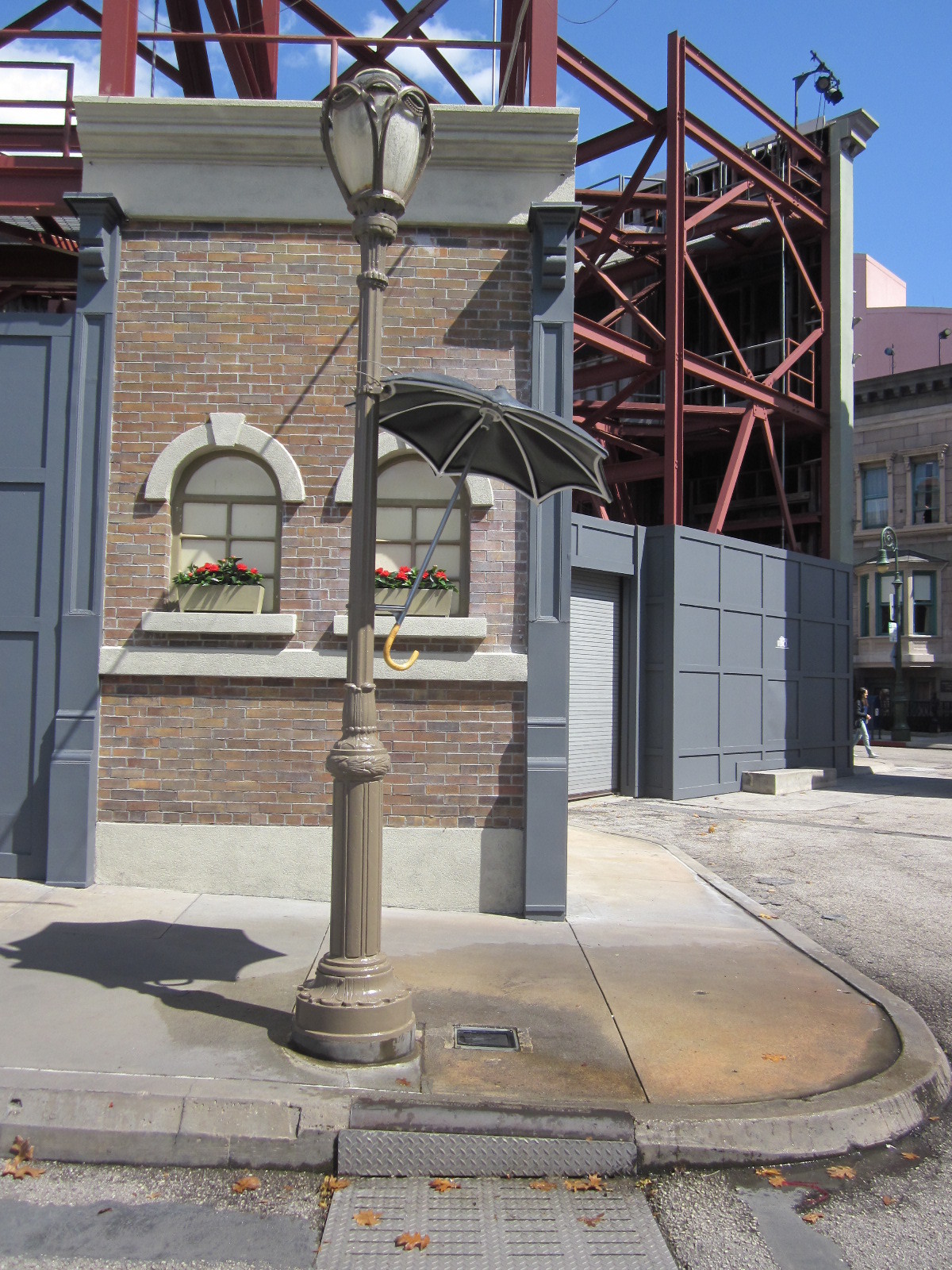 A great series of TP blog posts looking at the details by land at MK http://blog.touringplans.com/?s="disney's+in+the+details". Read them in date order, not the order they appear in the search results.

This list is amazing. Thank you so much. And thank you for the links too.

Thanks for the link

We searched for all the little lizzard things near the tinkle tower - from the movie tangled.

Thanks. I made it for my own trip. So I just cut and pasted my document. I just finished editing it and put it in my folder which will go everywhere with me.

Thank you! Looking forward to our Dec trip.

This was in process during by Oct trip.
In AK, Flights of Wonder show in AK, the parrots are being trained to fly back and from their aviary between performances. The aviary is a half mile away but the trainers keep them in sight and hearing. The trainers are wearing janitors gear but have radios .