Help! Should I buy HHN tickets?

If my October trip goes ahead, I will be there when HHN is running. UOR is currently offering a two-nights-for-the-price-of-one promotion for $84.99

But HHN is one of the world’s best Halloween events, isn’t it? And I’ll be right there. I could go. And who doesn’t like a deal?

Should I go? Would I be a fool to miss out on such a top flight event?

If you don’t like Halloween, scary things of horror movies then no you should not buy tickets for an event that celebrates those things.

I hate being scared and horror movies. I love the theatre of HHN and after being nervous in the first few houses, I really enjoyed it.

That buy one night, get one free is a great deal. That was what I was going to purchase this year.

We have been 3 times in the last 5 years.

If you don’t like Halloween, scary things of horror movies then no you should not buy tickets for an event that celebrates those things.

I don’t like religion, but I love visiting cathedrals. So, you know.

Hold on, check what HHN really is going to be this year. I know the six flags near us is cancelling all their haunted houses, but still hosting their Fright Fest, technically. I’m really disappointed b/c the haunted houses are the best part but I see the reasoning b/c it’s all about people jumping out and screaming in your face, plus people get really close together in confined places. I don’t know for sure that six flags isn’t doing this but it was noticeably absent in their info on their website re: Fright Fest.

They are holding auditions 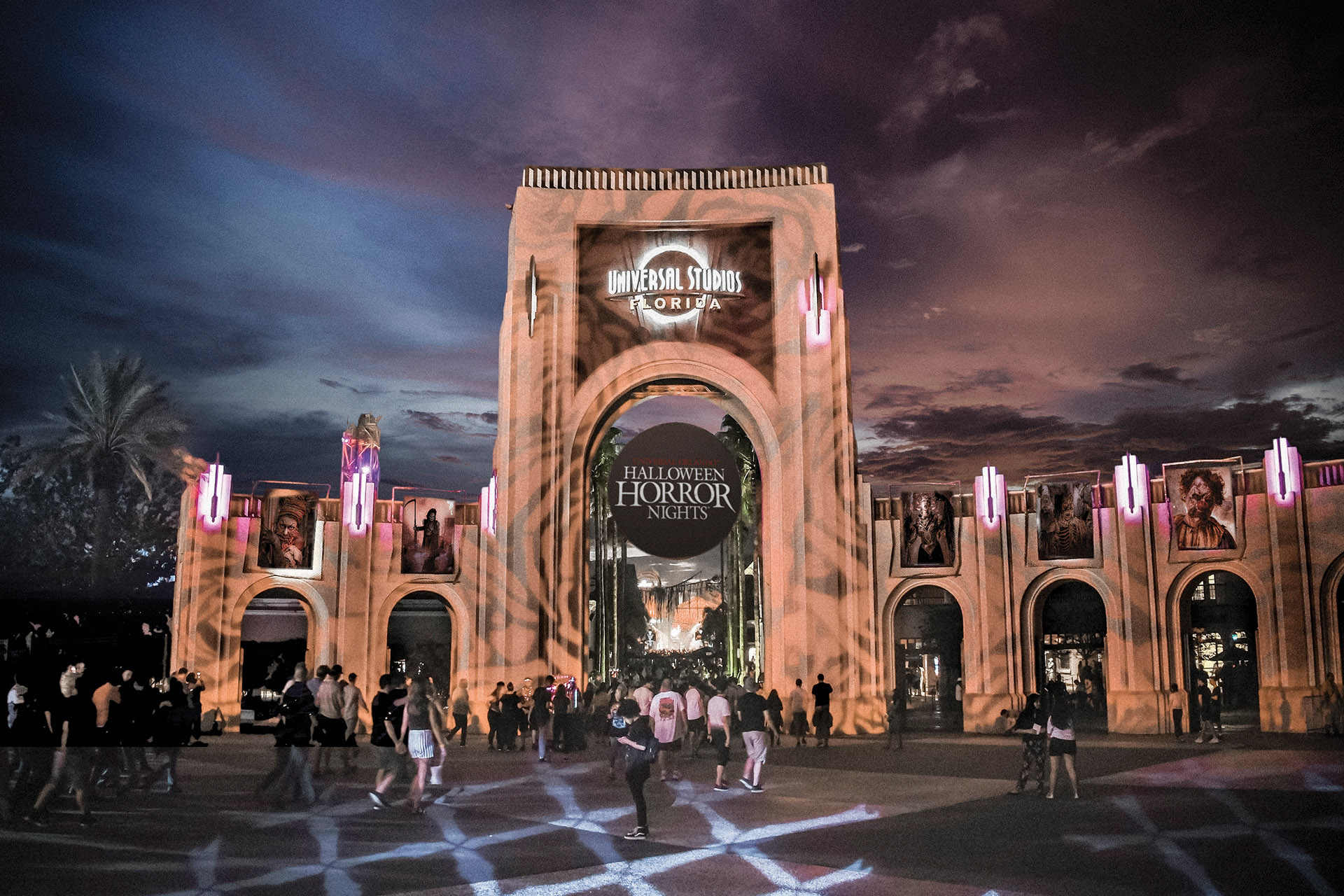 Universal Orlando has expanded their auditions for Scare Actors for this years upcoming Halloween Horror Nights.

Personally, I am someone who loves Halloween and horror movies and haunted houses. For this reason, I have gone to HHN once because it is supposed to be the premier horror event in the country. That being said, I, personally, did not find it to be scary and was actually disappointed with how not scary I thought it was. But it was definitely theatrical and impressive from a performance scale, so it’s probably worth checking out once.

But weren’t you trying not to pay for extras in this trip?

Are you people keeping notes?

Well, yeah, I guess. But, you know. $84.99 for two nights. Apparently the rides that are open are basically walk-ons because everyone else is doing the houses and whatnot.

I dunno. I’ve had a lot of people suggest I give it a try, but I’ve looked at some videos and it really doesn’t seem like my kinda thing. Except maybe some aspects of it will be an impressive spectacle.

You see this seems like a good point. The actors were never allowed to touch guests. If they now can’t get within six feet of you, that seems more comfortable.

I have been thinking about this. If they space groups out and maybe widen the walkways I don’t think it would be an issue . I always thought the “scare” was in the unexpected. I think the perfect example is always a scare actor that “scares you” but then, because of the design, you walk around the corner and they are right there- again.

A multi night ticket would allow you to see “enough” if not all usually without express pass. Express pass could always be bought for the 2nd night if you felt the need after night one.

Can you get the value out of the BOGO deal without having it consume a lot of time? I really enjoy HHN, but I’m not sure that I could devote two nights to it.

HHN is more theatrical than “scary”, lots of other haunts do more intense scares. BUT it it is hella impressive and fun.

BOGO tickets end this week and rumor has it the multi-day passes will go on sale. For more information on ticket prices and passes last year check out my post on the blog: https://touringplans.com/blog/2019/08/27/ultimate-halloween-horror-nights-29-guide-part-1-planning/

If you want to go one night your best bet would be to buy your tickets ahead of time online (day before is fine) and use Express. I go multiple nights a trip so I buy a pass.

I expect HHN pass prices will go up 15-20% to make up for lost revenue.

These Halloween theme park things are fantastic if you love Halloween and scary stuff. That being said, I would still expect HHN to be different than normal. If you go in with no pre set expectations you might have a really great time. 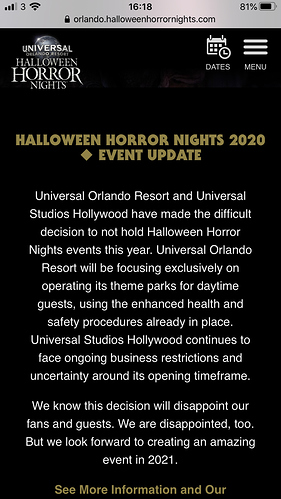 Not really a surprise.

Not really a surprise.

Indeed not, but they could have made that decision before they started selling the BOGOF tickets. Which, luckily, I did not buy.

It is a bit of a surprise since they were actively building the haunted houses. That’s a lot of work for them to just waste.

That’s a lot of work for them to just waste.

But there have been no announcements as to what is actually going to happen.

People need to know. I have booked a trip for April 2021. Why April? Ordinarily I would pick the end of June because the exams will be finished by then, so my work as a tutor will be done, but high school will still be in session, so travelling to Orlando will be cheaper and the parks will be less busy. UK tourists don’t usually arrive till July.

It almost seems like national governments are as much in denial as private individuals seem to be.

Well it wasn’t a surprise to me