That about does it for now. Thanks for putting up with my report. All thoughts welcome. 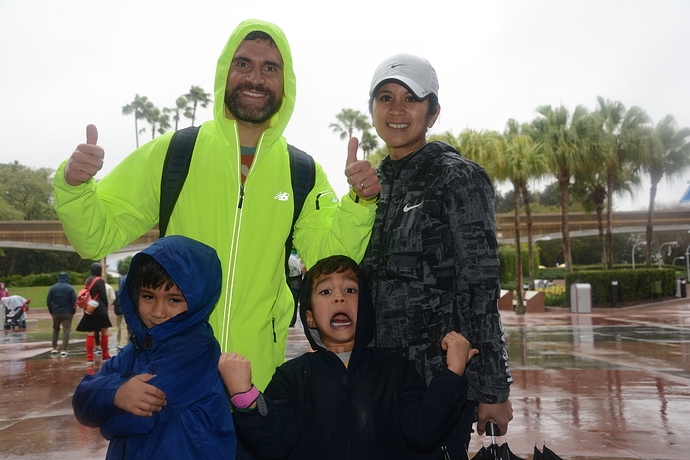 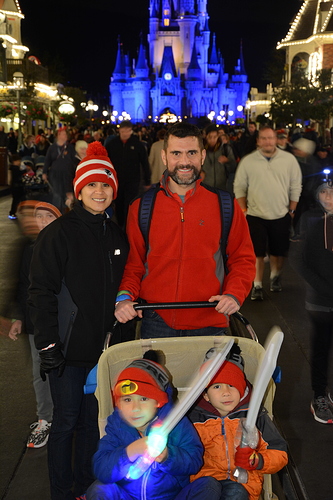 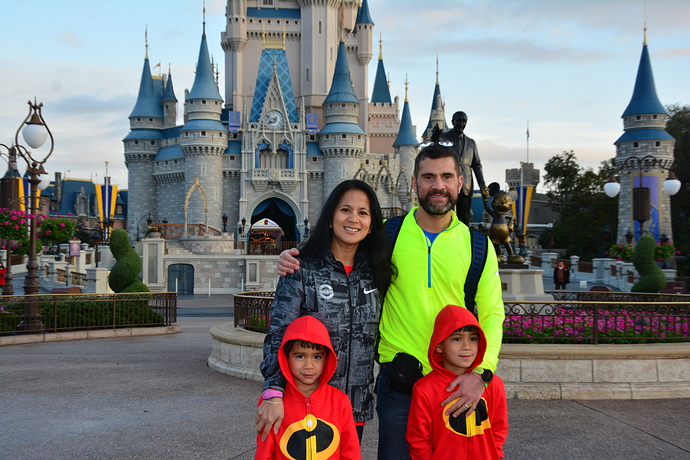 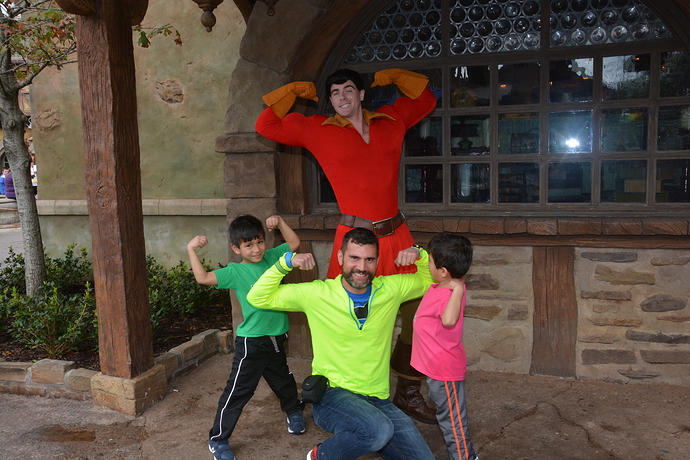 I don’t see any issue with your boys in a stroller on a Disney trip. Our first family trip, our daughter was 6 and we did not have a stroller. She did amazingly well BUT she hit the wall at 11PM and I had to carry her asleep on my should from Fantasyland to the bus - I sure wish I had one then!

Great report and pix. My teenage boys would be happy for you to push them around in a stroller–be careful what you wish for!

Did you not like Artist Point b/c of the price or was the food not very good? Have that booked for upcoming trip but some of us aren’t thrilled with menu choices.

Hey JJT. There were several nights where one or both of our boys fell asleep in the stroller or during transportation home and we had to carry them back.

We actually rented the Disney strollers so couldn’t take them out of the parks. So they did some walking and we did some carrying too.

The Disney strollers aren’t cheap but I really liked the fact I could pick them up and drop them off at each park without worrying about carrying them onto transportation or into the hotels. Something for others to think about with older kids that may not need strollers at all times. And those things are so ugly nobody would steal them (although someone stole our kids play swords we left on the strollers while on rides).

Did you not like Artist Point b/c of the price or was the food not very good? Have that booked for upcoming trip but some of us aren’t thrilled with menu choices.

I was a little torn about including Artist Point. I found the food to be okay - not great. Not much value for the price. In what is often a big negative for Disney, I found the whole experience to be thrown together haphazardly just so Disney could make a quick buck off a new character experience. Theming - which I understand hasn’t changed since the original AP - could be improved.

I don’t regret dining there. Service was excellent. And still one of the only ways to meet evil queen and dwarfs. My kids enjoyed it. I just wouldn’t go back for the reasons noted above. For return trips to restaurants at that price point I need to see some value - and I just didn’t find it AP.

And don’t get me started on beer and wine markups. . .

Nice report. I enjoyed it.

We are doing the EMM at Fantasyland on 3/10 and EMM at TSL on 3/13. For us, the one knocks out Fantasyland and we can be the first to ride HM. For TSL, well, we will ride SDD at least once, but the big thing for us is to see how many times we can ride TSM. It will be lots of fun and I hate to say it but my wife will probably beat me most of the time.

When we did Fantasyland we jumped over to Tomorrowland and knocked out all the rides there including SM and Buzz in a couple hours. You might want to keep that mind. In my recent experience I wouldn’t jump over to HM right after EMM. I found waits at HM still reasonable around 10am and very easy to pick up same day FPP for HM if you keep modifying and looking.

Our family rode HM numerous times and was my 5-year old’s favorite. Liked it best at night but good during the day so you can see the gravestones and theming.

Good points! I’m taking my boys (7 & 4) for the first time in May and found this helpful! I FULLY plan to use a stroller the whole time- NO SHAME! Did you park the stroller and go to multiple rides, then come back for it? Or did you stroller to each ride and park? Wondering which would be more efficient since I dont know where stroller parking is and walking back to find your stroller after multiple rides might be a long walk.

If the rides were bunched up in one area we parked the stroller and left it until we finished those rides. But mostly we moved to each ride and parked. Even with CL at 7-8 fairly easy to do. According to step tracker we walked 8-10 miles a day so were constantly moving back and forth based on wait times and same day FPP we picked up. I think you’ll find using the stroller to be very efficient to pack a lot in with kids that age.

Overall we were slightly disappointed in the food. TS restaurants mainly overpriced for quality you get.

Not sure if these were on your list, but there are a handful of TS restaurants on property with very high quality food. I have had great meals at California Grill and Jiko and very good meals at Grand Floridian Cafe and Narcoossee’s. Prices are very high at those, but the quality is high too. I have not been to Disney Springs, but I suspect there are a few there with very good food.

That said I agree with your point with respect to most of the table service restaurants … overpriced for average food.

I have not tried those restaurants but would consider doing so on a subsequent trip. I thought hard about a fireworks dinner at CG but then decided to be inside MK at that time instead. I really liked O’hana as an upscale dinner and would return.

Thank you for the advice. We are knocking out Fantasyland, Liberty Square, Frontierland along with some in Tomorrowland and on MainStreet. Since the last ride we are doing during the EMM is SW, we will pop over to HM, knock that out and then head to breakfast. After that we are heading to do things over in LIberty Square, and Frontierland, before heading back to Fantasyland for Ariel and then it is to BOG for lunch. The TouringPlan for the 10th, has HM a 5 minute wait when we have it on our schedule. I will play around with it to see if it makes more since the other way. I have used the Unofficial Guide to WDW and TP for I believe 8 trips and I trust their times. With that said, I do like hearing what others suggest that have been there.
Thank you very much.

Not to be a downer, but SW ate up 15-20 minutes of our EMM time between walking over there and riding. That’s almost 20-25% of the EMM time. If I had to do EMM again I would only do PP and 7D. I think SW, LM, and teacups you can do another time with short waits or pick up same day FPP fairly easily. Just a thought if your family wants to ride 7D over and over again.

Thanks for the info. We actually have 7DMT listed on our TP for 4 times during the EMM. Forget the Teacups, I would be out of it for too long after it. The reason for doing SW right at the end, is that is what my wife wants to do so that is what we are planning on doing. I might be her to change up and we do that later in the day, but for right now, she wants to do that ride at the very end of the EMM.
Again, I am playing around with the TP for that day and seeing how I can fit in everything we both want. Things change and that is always how we look at it.

Love the pics!
I was there too on 1/27 with the rain that never ended. But we did accomplish a lot that day as not many people braved the rain.

Have that booked for upcoming trip but some of us aren’t thrilled with menu choices.

I’m certainly not a foodie, but we loved Artist Point when we dined there last week. Our food was great. And I loved having a character meal that wasn’t a buffet.

That is good to hear. I’m dying to meet the Evil Queen, and the menu looks good to me but some in my party were skeptical. I loved AP before, and I’m excited to show my fam WL too.

I’m so glad we went–we managed to score an ADR the night before we dined there. So lucky! The appetizers and desserts are set and you pick your entree. It may sound basic, but I had the chicken and it was outstanding (and it came with brussel sprouts which I love)

What a beautiful family! You guys really rocked it! Thanks for taking the time to do such a detailed Trip Report. Lots of really good info. And I love HM, too!

I think I’ve figured out how to not do SW until much later in the day. Thanks for the information.