I’ll give you an example. For 2/6/18 we’re doing both DHS and MK that day. I could potentially not prebook DHS FP’s and book MK ones but I’m not sure. I love DHS more because we’re Rockin Rollercoaster and Tower of Terror fiends and we could ride those two rides all day long. But MK has more attractions so I’m really wondering if I should do MK FP’s instead. Just not sure.

Anyways take a look at this and let me know what you think and what you would do. I got the restaurants covered. Not doing California Grill because the new menu doesn’t impress me and I’ve seen some not so good reviews lately. Flying Fish and Yachtsman were good but I didn’t get to do Ohana or Be Our Guest for dinner last trip so I thought I’d do that this time. 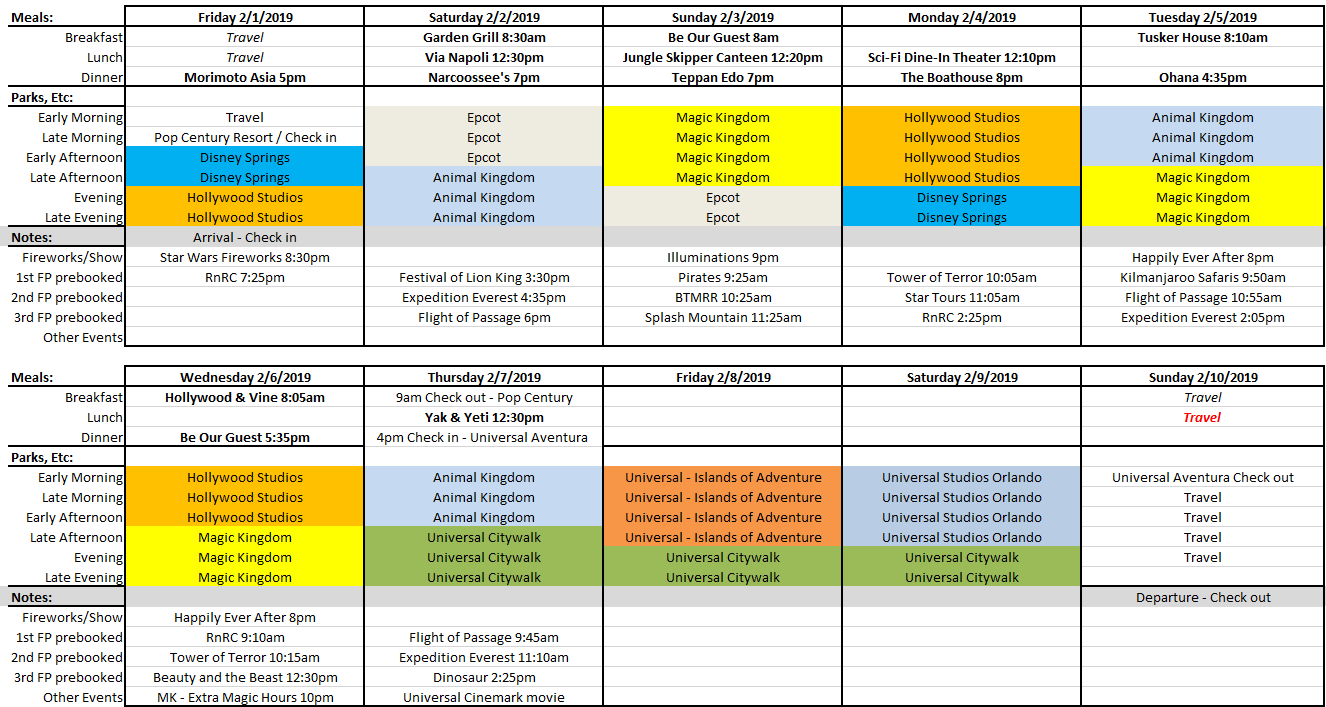