Currently trying to pair down my touring plan and have several extras (EMM, dessert parties, DAH) currently scheduled. Attempting to cut a few out.

So tell me, what are YOUR favorite special events or extras at WDW??

The only non-meal extra we’re doing this time is BBB for DD, who loves all things fashion and style. She takes after her aunt, not me!

Our favorite extra is CRT in the castle. DD really wants to eat in the castle (she got sick last trip and had to miss out), DS loves the elevator (yes, we’re a weird family), and even my foodie MIL loved the food.

Are you going during a crowded time? If you’re going to have low crowds or even medium, you could probably get away without the dessert party. We got good spots about 30 min. before the show last May when we were there. If I recall correctly, the crowds were around a 5 or 6. We purchased a treat to while away some time. Much less expensive than the party!

Are the rides offered during EMM ones that you’d want to do more than once? When I took a closer look, I realized that my kids favorite rides weren’t being offered during EMM so it wouldn’t make much sense for us. Worth thinking about, anyways.

I think it depends on your group. Do you guys do better in the morning, or at night? What are your priorities?

I loved EMM, but there are only 3 rides open. Worth it for me though, because one of the rides was my FAVORITE and it’s a good way to get the group movin’ in the mornings. I also liked that it included breakfast. I’ve heard that at DAH you can do a ton more rides, but I haven’t had experience with DAH at all.

I cut all that out and went CL with extra fastpasses instead.

I did DAH and it was great in terms of what I got accomplished. I think I did 12 rides, including 7DMT twice. Lines were minimal. The downsides were that it ends very late (1am, so didn’t get to bed much before 2am, which cost me the following day) and that it’s a bit weird (for me) when MK is so dark and so empty. 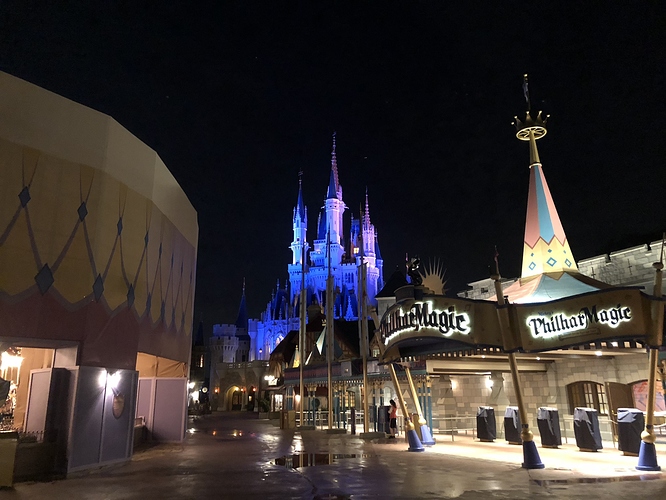 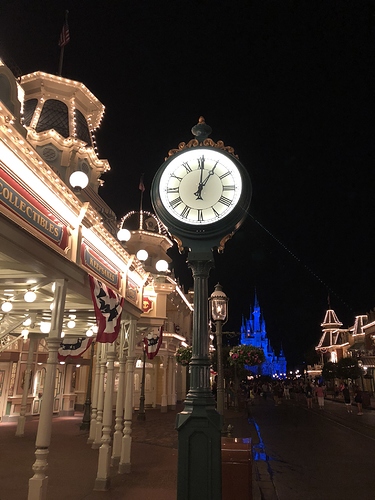 At @OBNurseNH’s insistence I did WAT (Wild Africa Trek) and that was terrific. It’s like KS but with loads of extras. Highlights were crossing the rope bridge above the crocodile pit and lunch overlooking the savannah. Obviously recommended. 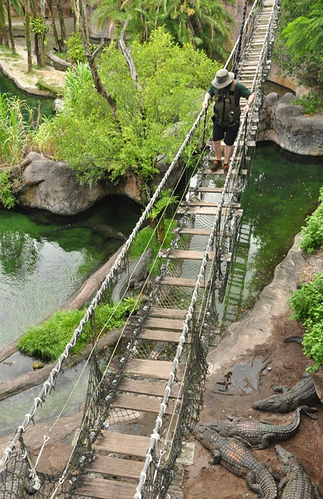 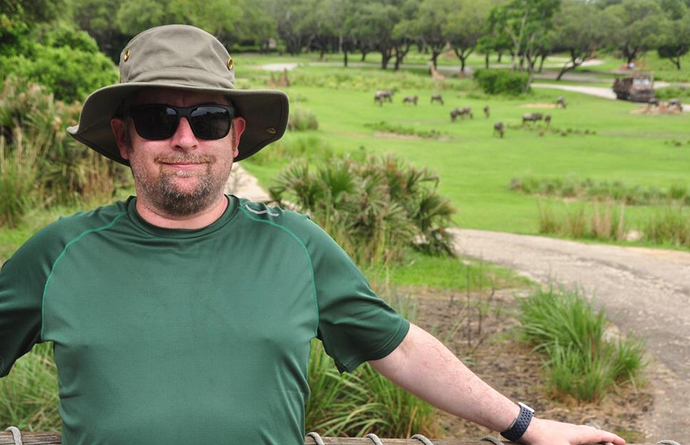 I’m a big fan of the dessert parties because they take the stress out of the fireworks. I’ve done HEA three times — I preferred the After Party with Plaza Garden view, though next year I’m planning on trying the Tomorrowland Terrace party just so I can compare.

I really liked the FEA party, which gives you a great view and a ride on FEA, freeing up a Tier 1 FPP. I’m secretly thinking about doing it again next summer. My least favourite was the Star Wars party: it wasn’t bad it just wasn’t something I feel the need to do again.

MNSSHP was a literal washout for me and so was disappointing. Great in terms of ride access. The parade was fun, but the fireworks were nothing compared with FEA (IMHO).

Dinner at V&A was excellent in many ways, but a mixed bag. Most — but not all — of the food was really exceptional. The service was textbook quality but — rather like the decor — somewhat old-fashioned for me. Some will be shocked by this but I would prefer a bright, open dining room, no dress code and less “yes sir, no sir”. It was all a bit 1980s. Claustrophobic literally and metaphorically. No regrets (other than the Wagyu beef, and soufflé) but a one and done for me. YMMV. 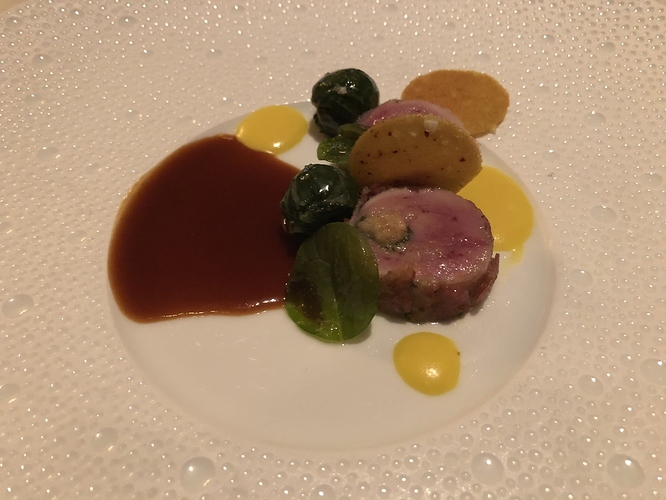 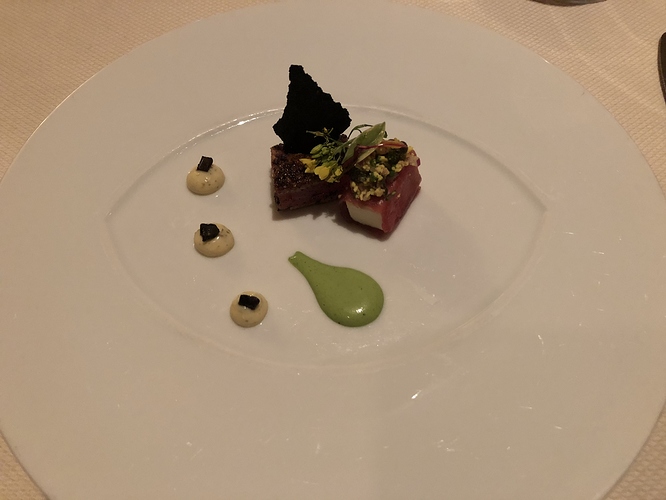 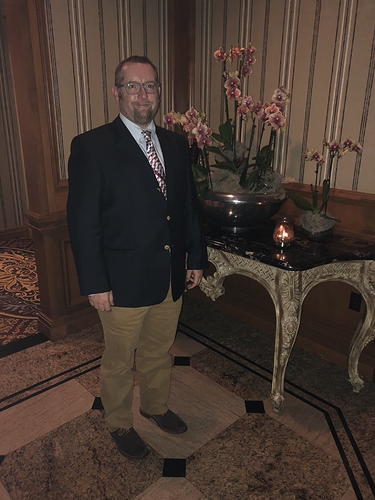 I’ve only done MVMCP, and while we enjoyed ourselves I felt it was a waste of money for our family of 4. I considered the dessert parties but as we had the DDP it seemed an excessive use of money. $250/300 to avoid having to save a good spot an hour beforehand, doesn’t seem worth it especially as I don’t care about the desserts. If I was only in WDW for a short period of time, I might do EMM. The wild Africa trek appeals. I think the extras are great for people that have been many times, but unnessesary the first few trips. If crowds or standing up are an issue then the dessert parties might be worth it. For me I’d prefer to spend money on improving the location of our accomadation than on added extras. Enjoy your planning.

Are you going during a crowded time? If you’re going to have low crowds or even medium, you could probably get away without the dessert party.

We are going the first week of February. Currently, TP has low CL predictions for most of the days we are there.

l. The downsides were that it ends very late (1am, so didn’t get to bed much before 2am, which cost me the following day

Have purchased tickets for this and love the idea of taking stress off of MK days. It’s 8-11 when we are there.

Also, WAT looks amazing but only 1/4 of my kids meets the age requirement. Would love to do it when they are a bit older. Or maybe I could take a trip with just the big kids in a couple of years and take them.

Good to hear about the After HEA party. I’m mainly wanting a lot of these parties and events to take pressure off, as it seems you did as well. We are currently attending the after party and the SW party. Perhaps I should consider cutting the SW one.

We currently have dinner res for V&A at the recommendation of one of my husband’s friends who has been and said it was amazing.

Thank you for your thoughtful reply. I love all of your pics!

We’ve enjoyed every single add on we’ve done - there’s not a one I’ve walked away from saying I’m sorry we did that. Each one seems priced appropriately for what you get, too. We’ve done:

I feel like I’m leaving one off. Maybe not. In any case, they’ve all been worth it, time well spent, and magical memories made. Whatever you choose to do, you’ll love it!

I’ve enjoyed all of the extras that I’ve added, and I think it depends on your preferences. I LOVED Wild Africa Trek, so much so that I’ve booked it again for my upcoming trip in December since my son has begged to go (my niece and I did it the first time). The Dessert Parties are great if you have an aversion to crowds as I do. I was finally able to watch the Magic Kingdom fireworks because of this. Otherwise, I would have hightailed it to the exits when I saw the crush of people in the Hub. When I had my parents with me, the Celebration at the Top at California Grill was a better option for fireworks. There is no way I would get Dad into Magic Kingdom, but he is a foodie - so this gave us the best of both worlds (and I finally saw HalloWishes!). And Early Morning Magic was great when I had DS and my nephew - multiple rides on 7DMT was worth it for us. And I’ve got the one at Hollywood Studios booked for December and February.

I guess the only one I probably wouldn’t do again was the Festival of Fantasy Parade package at Tony’s. Food was terrible. But again, because of the aversion to crowds, I was finally able to see the parade. But it’s not something I feel the need to repeat.