Epcot Touring is a tough nut to crack!

My family aren’t big riders outside of Epcot, but my kids have enjoyed slow rides like Living with the Land, Spaceship Earth, Turtle Talk (basically all Tier 2 FPPs) in the past. I would like to do Soarin’ and FEA this year, though it will require them to stretch their comfort zones - maybe they will maybe they won’t. I’m ok with it either way, but would hate to waste our only Tier 1 FPP on something they won’t do! I currently have FPPs for FEA and Spaceship Earth. Do I really need a FPP for any of the Tier 2 attractions? I would think we could pretty much walk on most of those rides on a CL4 day. But if not, how do I choose which one is most likely to need one?

The TP Epcot page suggested FEA over Soarin’ because Soarin’ has the ability to get more people through faster. That is also the ride my kids would be less likely to back out of at the last moment - and we could do rider swap at Soarin’ if we need too. But I would really like the FPP for Epcot Forever. Any chance one of those could come up day of?

Not really, but it kinda depends on when you go. If you’re going during Christmas or another major holiday, for example, then a Tier 2 FPP is a good idea.

TP is correct about getting a FPP for FEA over Soarin’. The capacity for Soarin’ is so much greater. If you go do Soarin first in the morning, you can walk around FW and easily walk-on most attractions until 11am - when WS opens. Then hop on FEA and enjoy WS the reminder of the day.

So much of Epcot is under remodeling that once you’ve done the 5 attractions in FW there’s not much else to do on that half of the park. 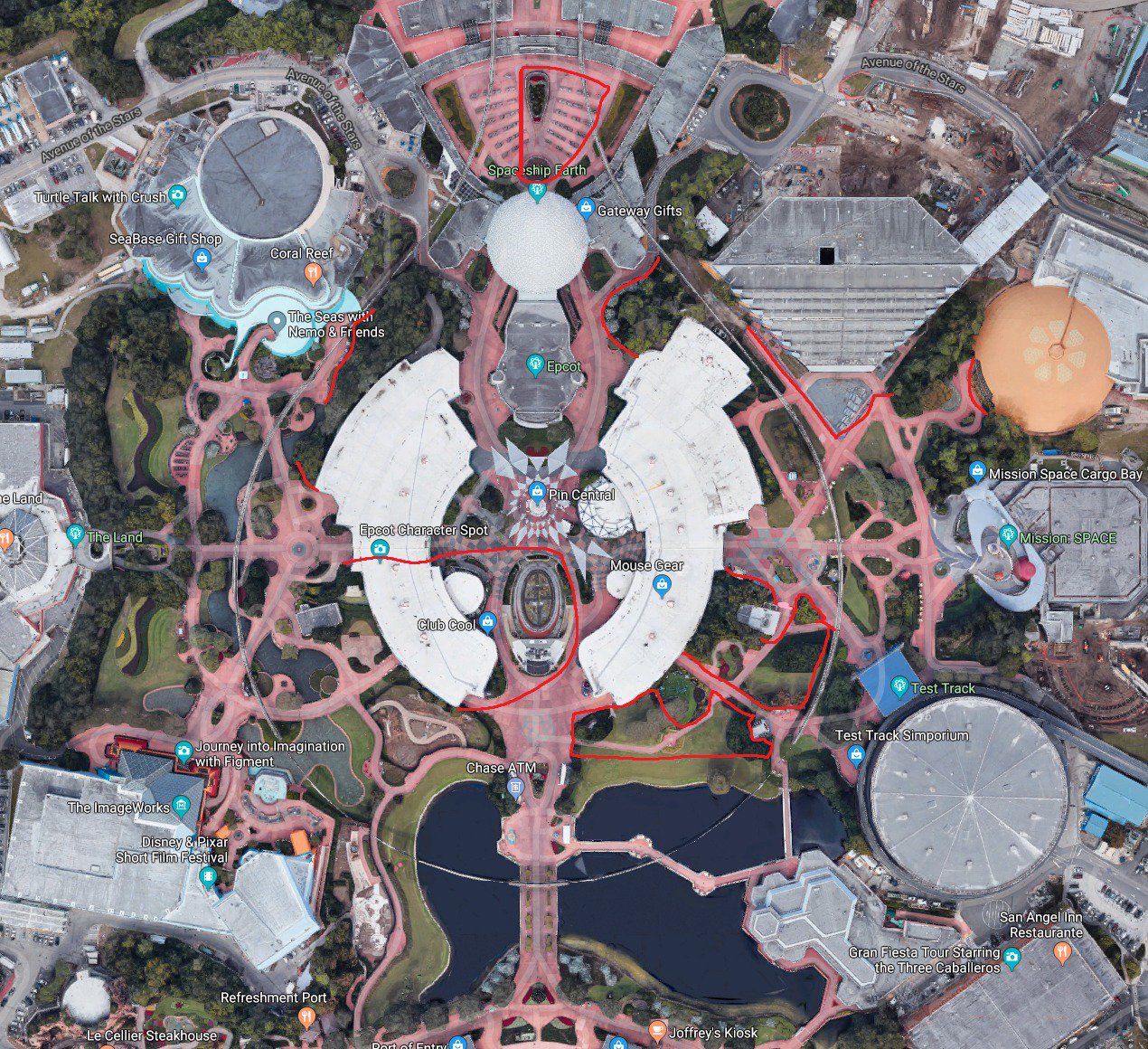 So, FEA isn’t much worse than any of the boat rides, IMO. There are two things that bring it up a notch: backwards once (slow) and one drop. It’s not that bad. I’d get the FPP for that.

Mind you, my thrill ride loving teen will NOT go on Soarin’ because of the feet hanging in the air thing. I’ve never been on because of my vertigo/motion sickness combo.

Oh my goodness! That’s a lot of construction walls. I always loved the openness of the park. Guess I won’t be enjoying that this time. Thank you for sharing that photo.

Does anyone know where the new Epcot Experience that opens in October is located? I thought it was in the oval section that looks to be behind construction walls according to the photo. Maybe it is closer to the Spaceship Earth? It is in the Odyssey Events Pavilion, but I don’t know where that is.

BTW, I am going second week of October. Not the busiest time, but the beginning of Fall Break season for the schools.

You could see even more walls by the time you go.

The Oddysey building is the funny shaped one between Test Track and the Mexico pavilion, accessed by either the bridge from TT or from the Chase ATM location.

On the map above, the wording for the Grand Fiesta ride actually touch the Oddysey.

The Oddysey building is the funny shaped one between Test Track and the Mexico pavilion, accessed by either the bridge from TT or from the Chase ATM location.

Thank you. That is a must-see for us. Glad to know where to find it when creating our TP.

You could see even more walls by the time you go.

Epcot could be fully unrecognizable to us.

Epcot was by boys’ most loved park. In fact, they asked if they could never go back to MK and DHS last time. lol (We are doing MK, though. I am bound and determined to show them there is fun to be found there.) But back to the topic, I do hate to see SO MANY walls at one time - and so quickly after the announcement of the changes! It’s like they haven’t moved an inch a year at Epcot for decades and now all of a sudden they are at light speed!

If you had to pick another tier 2, i would say LwtL or Nemo, depending on what time u plan them. FEA definately for FP, hit sorin up in the AM. If u do that LwtL should have low wait. U could also wait to schedule ur final tier 2 in the park, check the wait times and pick one that makes sense for yall.

Ltwtl depends when you go. At lunch it could be around a half hour because of Sunshine Seasons. In the afternoon it’s short.

Good grief! Thank you for the visual. What an eyesore. That’s how DHS looked on our 2016 visit.

I’ve got friends going to WDW for the very first time next month. They only have 4 days. I made it to show them not to plan a whole day just for Epcot, if going at all. I didn’t want their first impression to be a construction zone.

I think I will save my second Tier 2 FPP until I get there. I like that idea. We have no preference on what we ride or what we miss of all those attractions anyway, so we’ll just let fate guide us. And if I’m lucky, there will be some immediate ones available so I can tap in for all three of my FPP pretty quickly and try to snag a second Tier 1.