Epcot International Cast Still Not Back?

Is Epcot’s International cast still not back?

They’re coming back from August onwards I believe. It was announced a little while ago.

Coming soon to a WS Pavilion near you (sometime this summer)

Gotcha. Thanks for the info.
Very sad they won’t be there next week for our trip. I always look forward to that.

I was so happy when I saw the news and then when I read it I realised they won’t be back for our July trip. So disappointing. WS won’t be the same without them.

We actually looked for the application for my niece to potentially apply but evidently they don’t need or aren’t hiring for the Germany pavilion yet!

I know someone starting in June. I’m pretty sure he got on thru the international program (from Canada)

August was official from Disney but I bet it’s easier to get Canadians than anyone from other countries so they can start earlier. 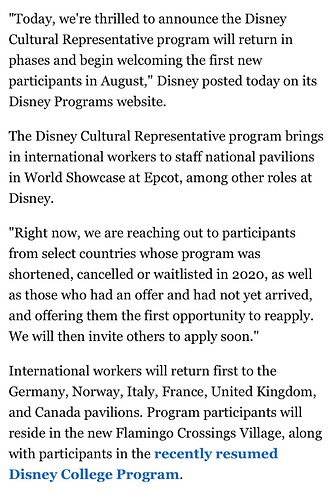 Oh thanks for that wording! They must have had enough German cast that were personally “invited back” so they didn’t need to open additional applications.

its a boot time

oy, the irrepressible myth that Canadians pronounce “about” like it rhymes with “loot”

It’s hard to extinguish facts, dude. I’ve got a Canadian right here in my office who routinely pronounces it that way.

And does he walk around the office wearing either of these? 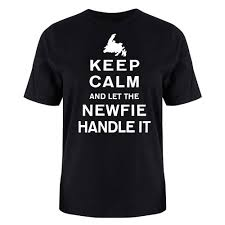 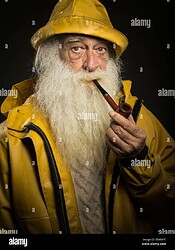 Or perhaps followed by a camera man trying to suppress giggles while they ask about the National Igloo?

No he’s not from Newfoundland

are you sure?
Chances are he’ll have a very large dog with webbed feet.
And instead of saying “I am” he might let slip “I’s the by”

He has a whole bunch of small dogs. Goldendoodle or something like that. 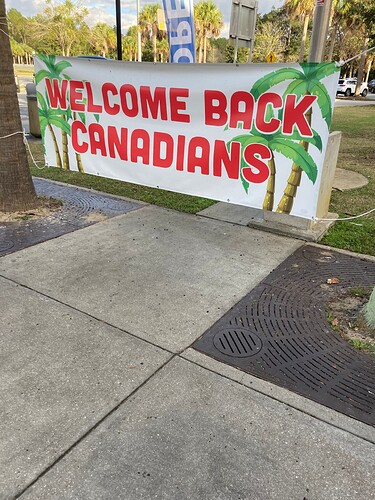 Florida welcome center on I 75

Now if only we could do something about the Cdn Dollar…