My DS17 should be finished with his senior year in April and as a way to celebrate that we got thru that I’m thinking of taking a solo trip to Disneyland. The flights are reasonable and direct. My DD14 has a four day weekend so I wouldn’t be leaving DH with school driving duty. I have an existing 1 day ticket…can I call them and add days and Genie+ or is that something I’d have to do there (which I wouldn’t do because of park reservations…I’d just buy another 2 day ticket if that’s the case and add G+ the morning of for the single day ticket). There does not appear to be a way to do that online. Anyone else travelling at this time solo and want to coordinate? Also, what does Disneyland do for Easter? I see there’ll be an egg hunt in Downtown Disney. Are there decorations like Halloween and Christmas? Thanks!

We used to go at spring break every year and often it would be the week before or after Easter. I don’t remember tons of decorations, but there were Easter Eggs throughout the parks too. I just remember the crowds! LOL I used to love when Easter was late (like this year) because then it didn’t coincide with our spring break! But we still always managed to have a good time. I’m sure you will too.

I’m pretty sure you have to convert your ticket at the ticket booth. But probably worth a phone call. Is the one day ticket a hopper? I only ask, because I had an old (prepandemic) two day ticket that was not a hopper. I wanted to upgrade to a hopper for my friend in November and they told me park hoppers were sold out. I was stunned. We did a little sad face and they made some calls and were able to get it for us after all. I think it helped that it was just one person for two days rather than an entire group. I already had a MK so could hop at will … as long as it’s after 1:00.

I just booked a hotel/ticket package and just did a two day ticket there with G+. The only day it would let me make a park reservation with my existing ticket was actually on Easter! So I’ll just add G+ to that day, morning of right?..I’ll have to go read up on how to do day of G+ because I’m sure it’ll be crowded on actual Easter. None of the tickets are park hoppers (I could modify my hotel/2 day ticket package and get hoppers for Friday and Saturday) but I don’t think I’ll need them honestly. I think my goal is to get there Friday early afternoon (direct flight lands at SNA at 1pm and I can just bring a carry on so I can immediately grab a Lyft…I’m thinking I can be in the park at 3pm). And I’ll just focus on Tomorrowland and Fantasyland Friday (cuz I can monorail in…I’m gonna try Paradise Pier since I’ve never stayed there and it’s just me so I don’t want to spend a lot on a room staying at the Grand or DLH). Then Saturday I’ll focus on DCA and Easter I’ll just stay in DL all day…I will definitely buy ILLs and G+ for this whole weekend as I’m sure it’s gonna be packed.

The last time we were there at Easter, Easter Sunday was actually lower crowds than the days following. So, you never know!

So the flight into LGB also direct gets in 15 min earlier on Friday and leaves 2:30 hours later on Monday. It’s 10 min longer drive from LGB to Disney BUT it means more sleep on Monday and the airport is better imho. What would you do?

Sounds like LGB is better for that situation unless it costs significantly more.

It does not…It was about $18 more…I chose it. I love that airport. Plus 2 more hours of sleep. 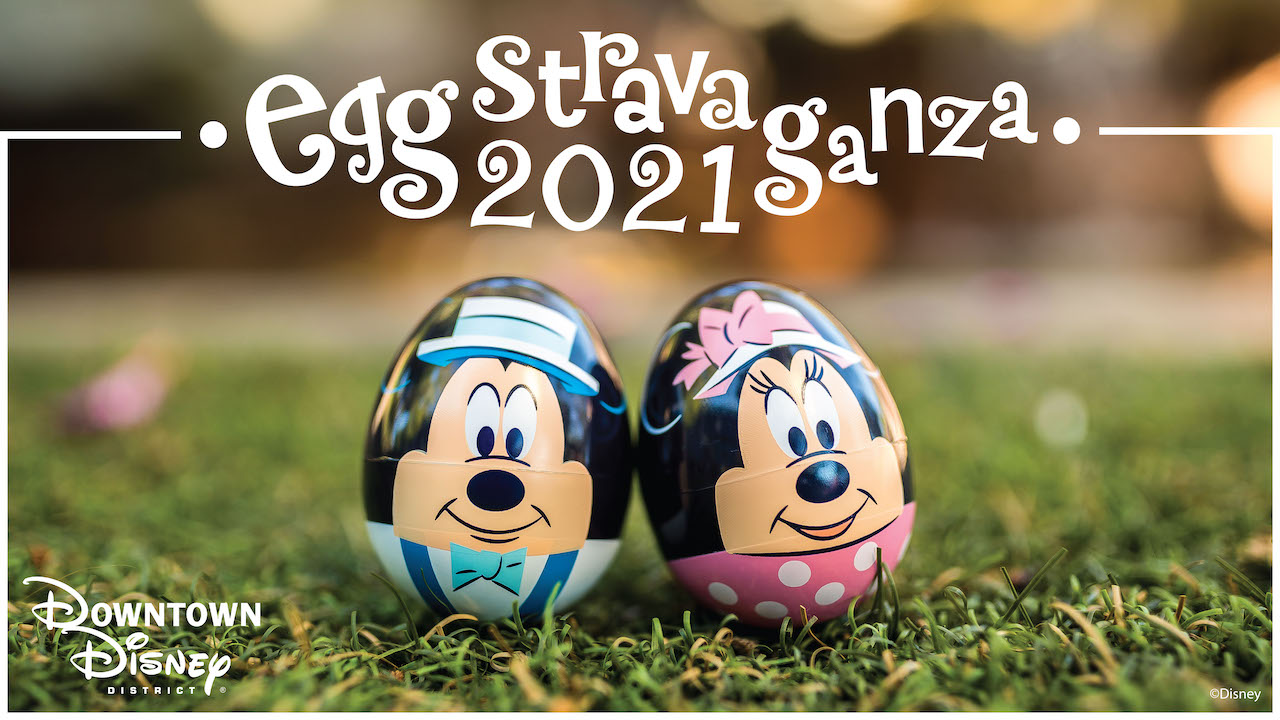 Kick off Spring with Eggstravaganza and More at Downtown Disney District at...

Mark your calendars now for a spring fling at the Downtown Disney District, open seven days a week at the Disneyland Resort. You’ll be just in time for the return of Eggstravaganza, an egg-themed scavenger hunt taking place March 15 to April 18,

Easter time at Disneyland is sooo much fun! I love all the spring flowers they have planted. I sure wish they would bring back that Grow with the magic horticulture tour they used to offer.

The Easter egg hunt also stretchs into DTD and is a fun activity to do. I believe the maps and eggs were $5.99 and AP discounts were allowed. In park the Easter Bunny used to be there for photo ops and Mickey and Minniev in their Spring outfits.

I love the scavenger hunts so I’ll be doing that! DCA will be having a festival it looks like potentially. Like food and wine I think.